Portugal recorded their second straight UEFA Nations League victory as they eased to a 2-0 win over Czech Republic to continue their promising preparations for the World Cup.

Two goals in five first-half minutes in Lisbon did the trick for Portugal as Joao Cancelo and Goncalo Guedes steered them to all three points in Group A2.

The result came after Fernando Santos’ side beat Switzerland 4-0 on Sunday.

Cancelo put the 2019 champions in front in the 33rd minute of the contest, blasting the ball past Czech goalkeeper Jindrich Stanek from a tight angle after good work on the right before Guedes struck.

The Valencia forward found himself in space and tucked in from a similar position to Cancelo to double Portugal’s lead as Fernando Santos’s side tightened their grip on top spot in the group with seven points from three matches.

Cristiano Ronaldo was unable to add to his tally as he failed to get on the scoresheet after his double against Switzerland. 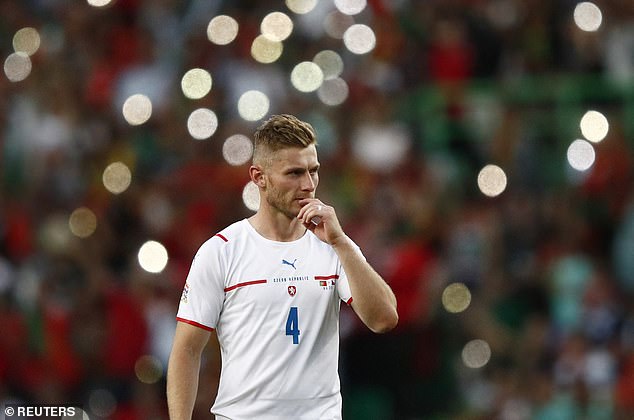 Portugal – who have lost only once in the history of the Nations League – travel to Switzerland on Sunday.

In the other match in the group on Thursday, Spain earned a narrow 1-0 win over Switzerland.

Spain have five points from their opening three Group A2 matches to sit two behind leaders Portugal and two ahead of third-placed Czech Republic.