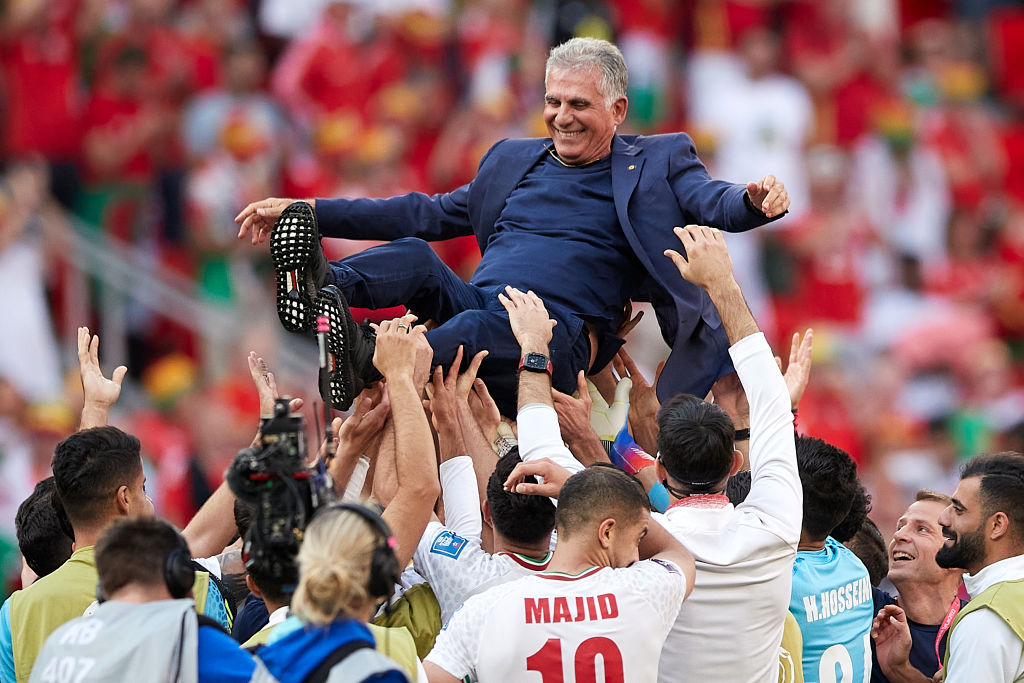 The protests sparked by Amini’s death have become one of the boldest challenges to the Islamic Republic since its establishment in 1979, with demonstrators calling for regime change.

At least 416 people, including 51 children and 27 women, have been killed by security forces in the protests, Oslo-based rights group Iran Human Rights (IHR) said on Tuesday.

Many Iranians have turned against their national football team amid the ongoing unrest in the country.

Some see the team as representing the regime rather than the people of Iran and celebrated the team’s 6-2 defeat to England on Monday.

The Iranian players chose not to sing their country’s national anthem at the match against England, in an apparent show of support for the protests, but after the gesture was largely dismissed by many Iranians, the team decided to sing the anthem prior to kick-off against Wales, and were loudly booed and jeered.