Chelsea’s dynamic attacking duo Sam Kerr and Fran Kirby are both among the contenders for the women’s PFA Players’ Player of the Year.

Ann-Katrin Berger is another member of the Women’s Super League champions to be nominated – and their title rivals Manchester City also have three nominees in the shape of Chloe Kelly, Lauren Hemp and Sam Mewis.

The winner of the award will be announced on Sunday.

Chelsea prevailed by just two points after an exciting Super League title race – and the attacking partnership between Kerr and Kirby was a huge factor.

The Blues also kept things tight at the back – and their Germany goalkeeper Berger is nominated after a great season, in which she won the Golden Glove.

Of the three Manchester City contenders, Chloe Kelly was their joint top scorer with 10 goals and stood alongside Kirby at the top of the assist charts with 11. 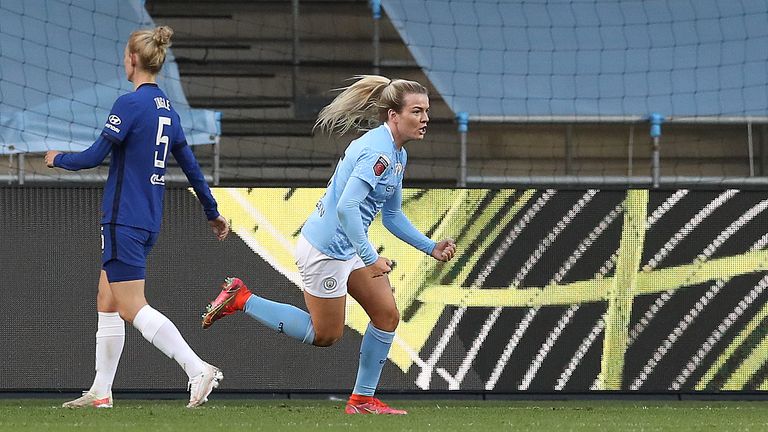 Still just 20, Hemp won the PFA Young Player of the Year award for a second time last season and could make it a hat-trick, six goals and eight assists having helped to earn the forward another nomination.

The other nominees are England forward Ebony Salmon, who had a good season for Bristol City but has now joined NWSL side Racing Louisville, Manchester United duo Ella Toone and Lauren James, plus Niamh Charles of Chelsea.

The WSL Team of the Year will be announced at midday on Friday.