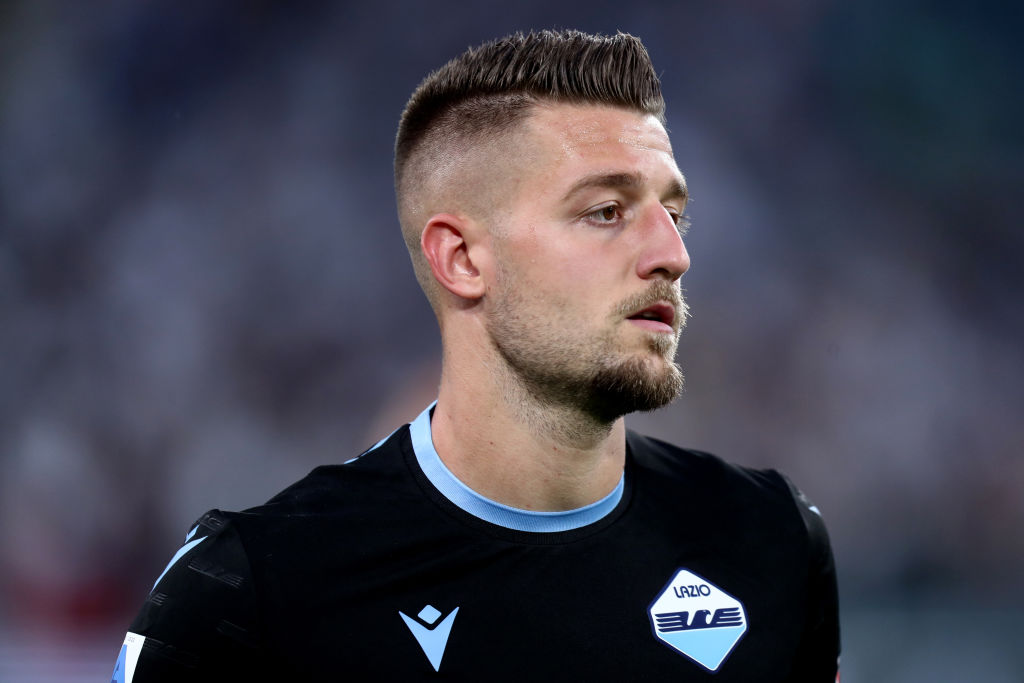 Lazio’s Sergej Milinkovic-Savic is the midfielder Arsenal should attempt to sign this summer, according to Gunners hero Paul Merson.

The north London club have been busy this summer having brought in Gabriel Jesus, Fabio Vieira, Marquinhos and Matt Turner.

But Mikel Arteta is still on the lookout for more recruits to bolster his squad ahead of the 2022/23 campaign.

Both Milikovic-Savic and Tielemans have been linked with moves to the Emirates Stadium, with the club said to be confident they can seal a £30m deal with Leicester City for the latter.

Meanwhile, according to reports in Italy, the Gunners are preparing a new bid for Milinkovic-Savic after a £47.2m offer was rejected by Lazio.

The Serbia international registered 11 goals and 11 assists for Maurizio Sarri’s side in Serie A last season.

Ex-Gunners star Merson is keen on James Ward-Prowse orTielemans signing for his former club, but named Milinkovic-Savic as his preferred signing.

‘Youri Tielemans would fit nicely at Arsenal if James Ward-Prowse takes the soft option and stays at Southampton,’ Merson told the Daily Star.

‘I start to worry when that happens when a player plays it safe like that. What are you going to do, realistically, at Southampton? West Ham wanted Ward-Prowse and that would have been a good move for him too because they will finish above Saints.

‘But I said before that Arsenal should have gone in for him. The thing is, if he’s staying at Southampton, maybe he doesn’t have the ambition? Leicester’s Tielemans would tick the box for Arsenal. He’d be a decent alternative. But Sergej Milinkovic-Savic is the player I would go for.

‘If Arsenal get either of those two, they have had a major window. Now more than ever, Arsenal need a top-class midfielder to compete with the best.

‘And I think Savic is a lovely player. A really top-drawer player. The way he played for Lazio last season I personally think he is the best midfield player in Italy. I know Manchester United have been linked with him in the past, but why there isn’t a queue of clubs lining up to buy the Serbian, I do not know. I think a lot of clubs are missing a trick.

‘The thing with Tielemans is that he plays in the Premier League. He already has the know-how. He’s proven. And Arsenal don’t have time for bedding players in.

‘They have to hit the ground running this season because the eyes will be on Mikel Arteta. They can’t afford to have the kind of start they had last season because I don’t see them being as patient this time around, not after spending all this money.

‘Signing a top-class midfielder gives them every chance. You’d be saying it’s between Arsenal and Tottenham for fourth, and maybe even looking at overtaking Chelsea.’