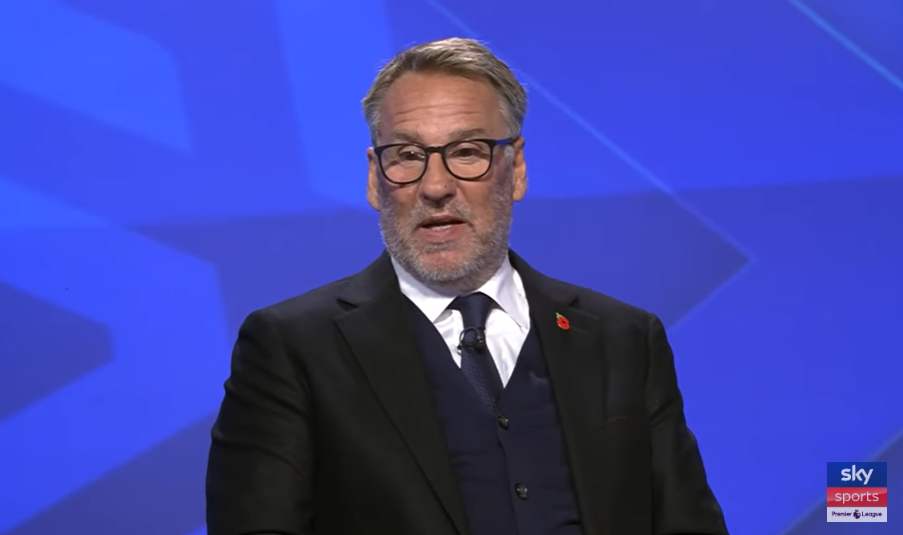 Paul Merson has made his prediction for this weekend’s Premier League derbies as Tottenham face Arsenal and Manchester United take on Manchester City.

On Sunday, Mikel Arteta’s Arsenal will look to consolidate their lead at the top of the Premier League table as they make the short trip across north London to meet Spurs.

While Arsenal are enjoying their best season in almost two decades, Tottenham have blown hot and cold under Antonio Conte and go into this weekend’s round of fixtures sitting outside the Champions League places.

Merson says the north London derby ‘never lets you down’ and expects another thriller when the two teams meet on Sunday.

‘This is the only time I miss playing football,’ Merson told Sportskeeda. ‘This game never lets you down.

‘Everyone goes on about all the other big games, but you never come away from this derby with nothing happening. It’s the most entertaining Premier League game on a consistent basis – goals galore!

‘Eddie Nketiah is playing very well at the moment, and I expected nothing less in his first three or four games. He needs to keep going now – that’s how the top players do it.

‘He will score goals, and he’s got attributes that Gabriel Jesus does not have. He’s been patient and I’ll give him his due – I hope it keeps going for him.

‘I think Odegaard and Saka have been great. Everyone has been outstanding for Arsenal, and that’s why they are where they are. Tottenham, on the other hand, are nine on ten in one game and five in the next.

‘Harry Kane causes Arsenal problems, and Arsenal cause Tottenham problems. If Tottenham want to play defensively, Arsenal will run out of ideas quickly like they did against Newcastle.

‘If Tottenham play a dangerous game, however, Arsenal could run riot. I don’t see this game as a foregone conclusion – I hope Arsenal wipe the floor with Tottenham, but I don’t think they will. I’m going 2-2.’

Tottenham v Arsenal is not the only derby to be played this weekend, with in-form Manchester United welcoming defending champions Manchester City to Old Trafford on Saturday.

Man City are five points behind Premier League leaders Arsenal but United are not too far behind themselves and will move to within one point of Pep Guardiola’s side if they win this weekend.

Merson added: ‘This is a big game. Manchester City have a tight schedule – they’ll have to train on Friday and play on Saturday.

‘If they start this game the way Chelsea did last week, they’ll have a chance. If they change their game up and sit back, City will break them open.

‘Erling Haaland is an out-and-out striker – he didn’t touch the ball once in the first 20 minutes against Chelsea. City’s players are told to get the ball in the box for him.

‘If he doesn’t score, it starts to become a problem. Man City used to spread their goals across the team, and it was extraordinary. Teams will catch on, and they’ll start to stay tight with Haaland.

‘I think the next two games will tell you everything about Man United. If they get four points from their next two games, they’re in the title race. Two draws won’t be enough, however, and that just shows you how quickly things can change.

‘United have a better shape about them now. Fernandes looks like a completely different player again, and Rashford has taken it on himself to be the man – he’s playing the best football of his career.

‘Manchester United play good counter-attacking football and have the pace to really hurt City this weekend, so I fancy another 2-2.’