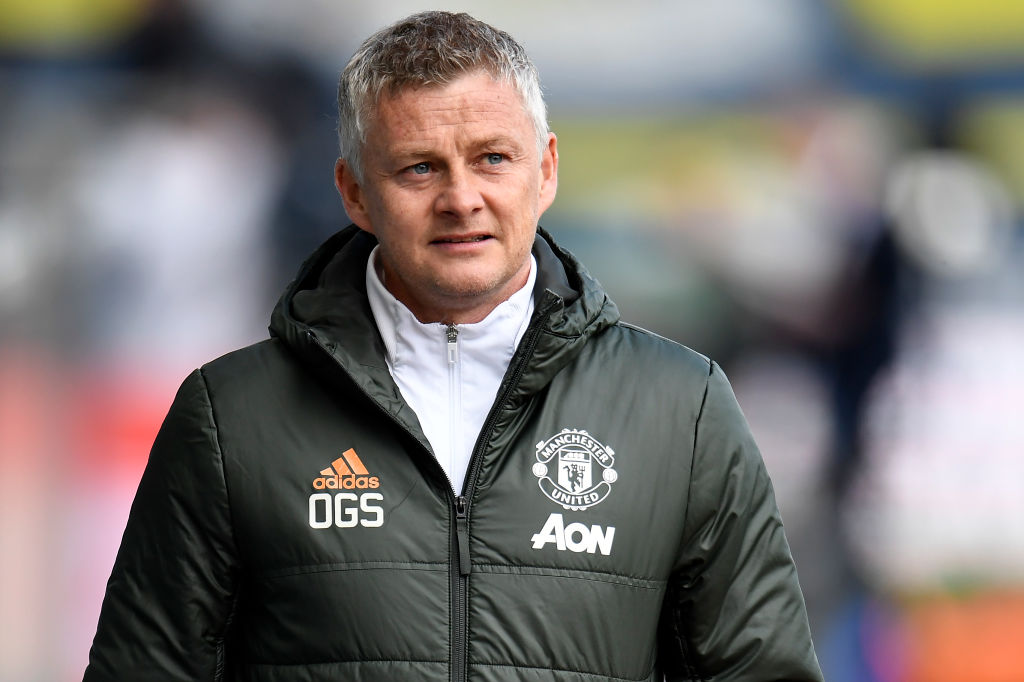 After a 6-2 thriller at Old Trafford in December, the reverse fixture at Elland Road on Sunday afternoon was a tame affair with the sides sharing the points after a game of few clear-cut chances.

Solskjaer turned to Paul Pogba and Edinson Cavani to try and force the issue, with the Uruguyan introduced on 86 minutes, replacing Marcus Rashford in attack.

Donny van de Beek came on three minutes later to replace Fred with little time to make an impact, with Ince questioning the timing of Solskjaer’s changes – and the decision to withdraw Rashford – with his side chasing a goal.

‘Some of the decisions that he made… they need a goal,’ Ince told Sky Sports. ‘Cavani comes on for six minutes. Six minutes when you need a goal?

‘You take Rashford off when you got two sitting midfielders in Fred and McTominay. Van de Beek who they paid £40m for, gets three minutes.

‘These decisions aren’t right if you are trying to win a football match. Man United have always been bought up on winning games.

‘You have to find a way win the game and taking Rashford off and giving Cavani six minutes for me isn’t a way to win the game.’

Ince added: ‘This for me was an opportunity for Man United and for me they didn’t take it.’