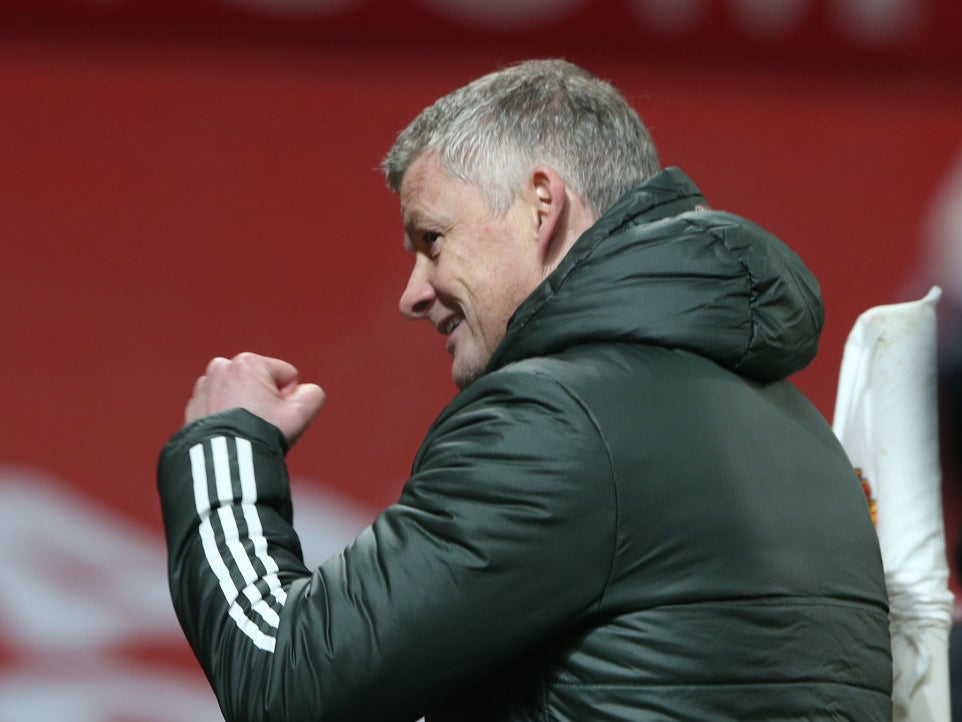 “For us now, it’s a good position to be in but we need to improve, we need to get better. There’s going to be many tight games but if you can win games like tonight that’s going to make a big difference.”

There were shots aplenty at Old Trafford, where David De Gea made a fine save from Matty Cash in stoppage time before a key last-ditch challenge from Eric Bailly thwarted substitute Keinan Davis.

“Of course we knew how difficult it was going to be and we needed to be playing well,” Solskjaer said.

“We needed some margins towards the end. It shouldn’t have been that way. We should have scored because we created some opportunities, especially second half, a few counter-attacks and we did have the chance to be more clinical and finish the game off.

“Then towards the end David makes a good save, Eric does a fantastic block and we saw it out in one way or another.

“Sometimes you’ve just got to find a way to win. We could have managed the game in the last 10 minutes better but we got it over the line.” 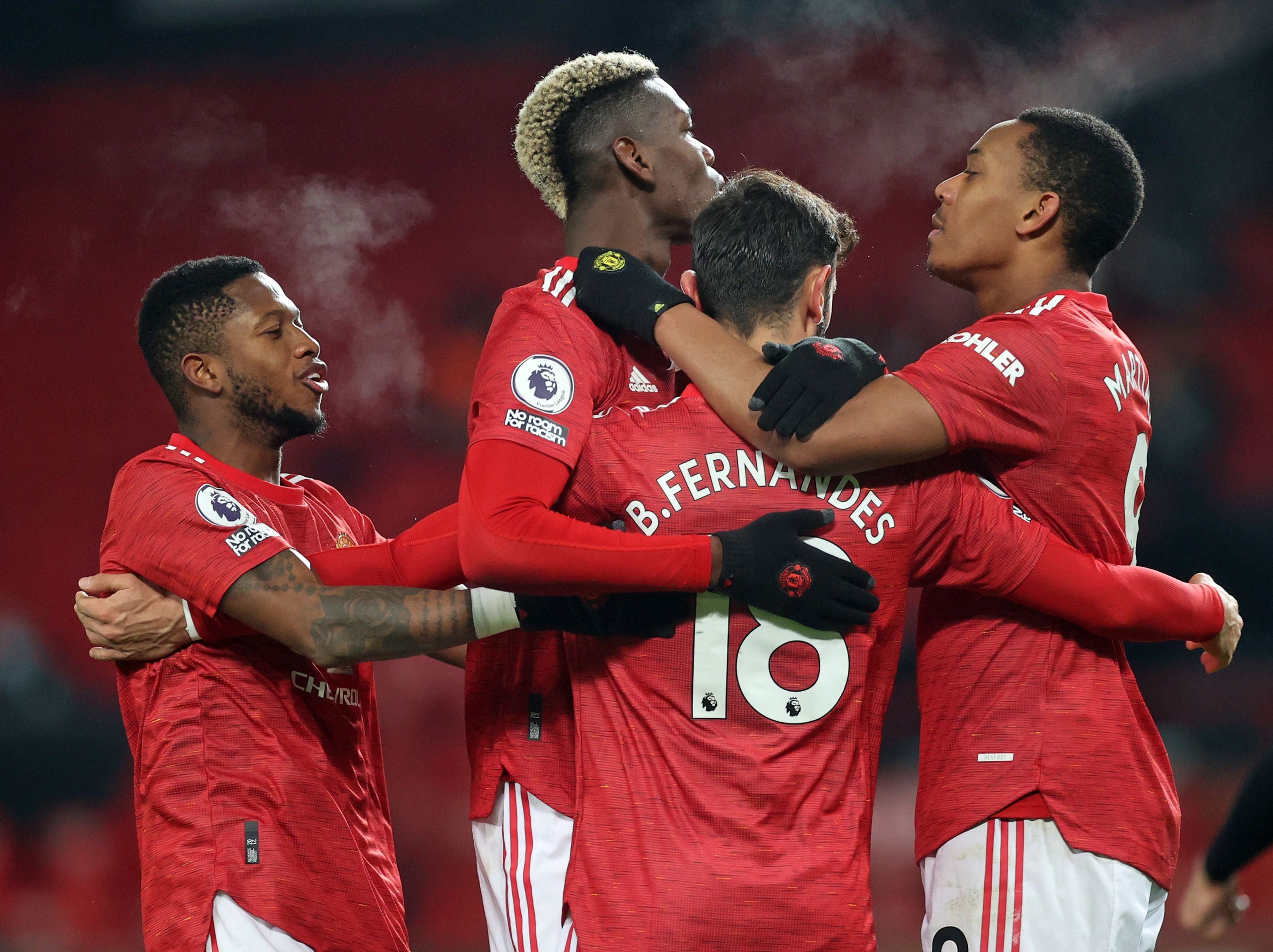 Villa pushed until the death in an entertaining, end-to-end encounter but left Old Trafford pointless.

“I was very disappointed with our performance in the first half,” manager Smith said. “I didn’t think we were anywhere near our levels that we have been. I thought both teams started really slow – the first 10 minutes almost had a testimonial feel about it.

“They injected the tempo that they needed to and deservedly took the lead and went in at half-time a goal to the good.

“I had to rally them at half-time and talk to them about the levels we needed to be at and I thought second half was a lot better performance from ourselves.

“Good goal, created some really good opportunities as well, but unfortunately we lost to a dubious penalty.” 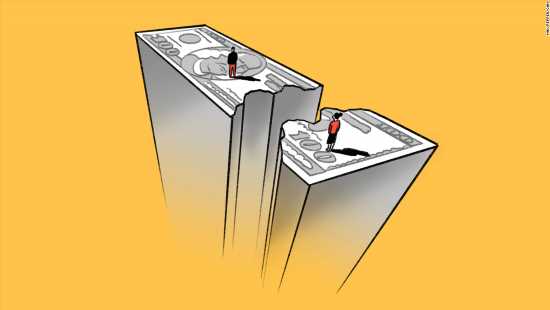 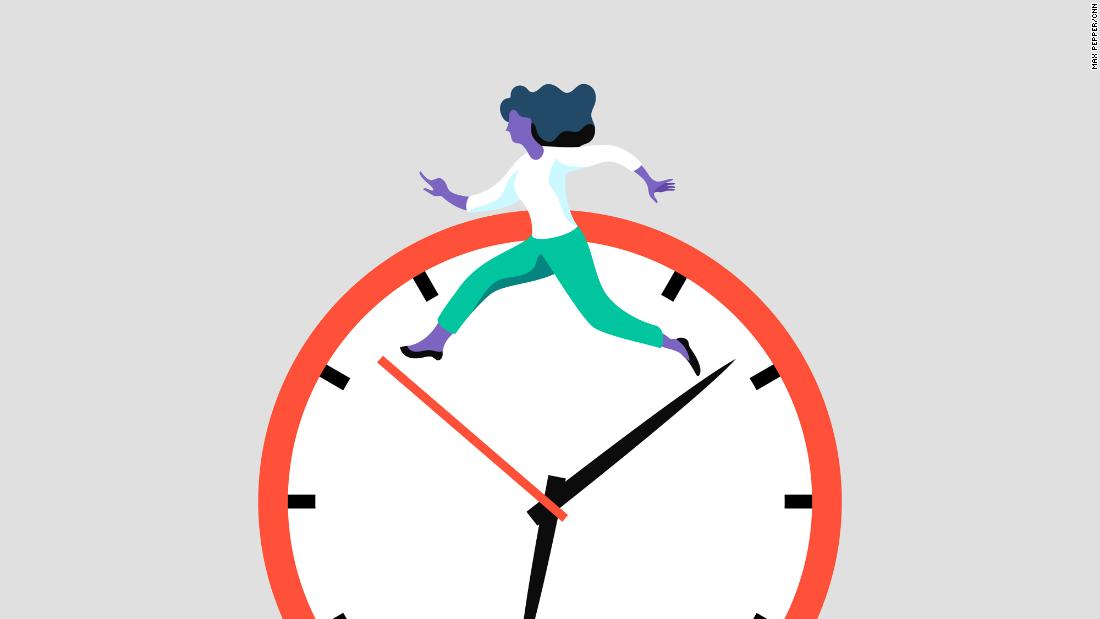