The Argentine playmaker, 24, scored a spectacular volleyed winner as Norwich beat Barnsley 1-0 on Saturday to move four points clear at the top of the Championship table.

As the January transfer window opens, reports suggested that Arsenal had scouted Buendia extensively as Mikel Arteta looks to add greater creativity to his side. 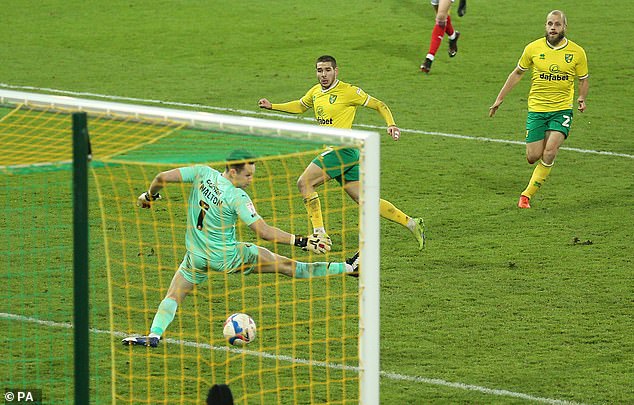 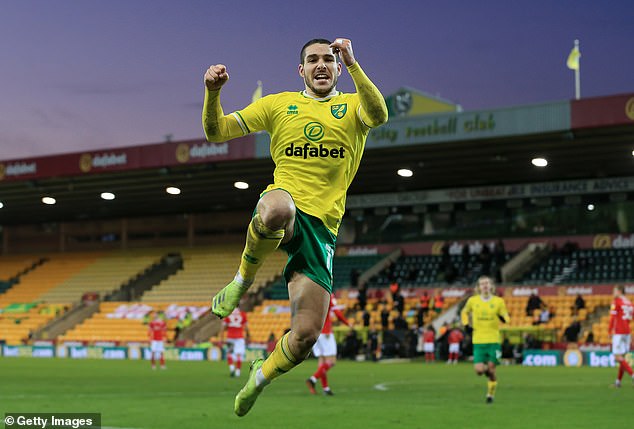 The diminutive 24-year-old, who has been linked to Arsenal this week, celebrates his goal 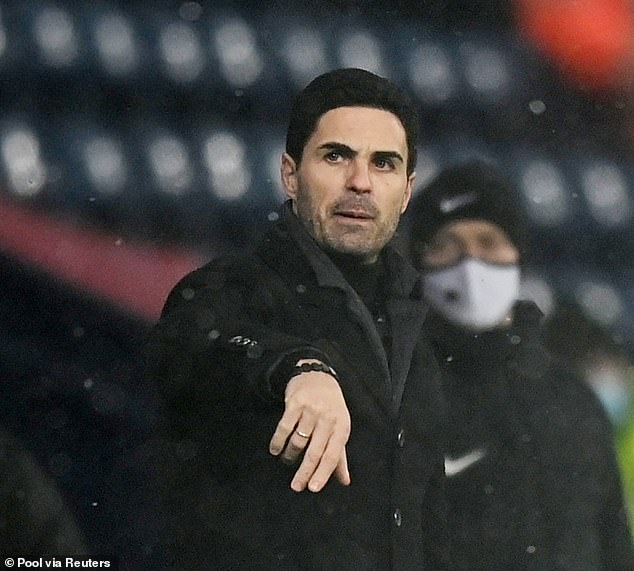 Borussia Dortmund’s Julian Brandt, Real Madrid’s Isco and Barcelona youngster Riqui Puig have also been linked with a move to the Emirates Stadium.

And despite Buendia underlining his class with a cushioned first time volley on the run from Kenny McLean’s 40-yard lofted pass, Farke was adamant he would not be sold this month.

‘Emi is a key player for us, an important member of the group, and he is totally committed to us,’ he said.

‘He is our player and will continue to be our player – he is on a long-term contract with the club so we keep him.

‘Everyone knows his qualities – and I don’t expect interest just because he scored a wonder goal today. He has scored a number like this for us and people know what he can do.

‘It was an excellent finish and that is what Emi can do. He instinctively knows when to make a run and then has the quality to finish like that.’ 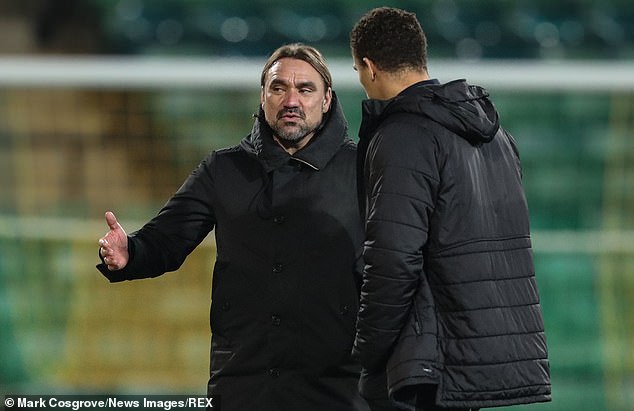 It was Buendia’s seventh goal of the Championship season to add to his seven assists.  The Argentine’s Norwich contract runs until the summer of 2024

Reports from Germany suggest that Arsenal have already taken steps to bring in 24-year-old Germany international Brandt from Dortmund either this month or in the summer.

Sport Bild reporter Christian Falk said: ‘We know that the Arsenal scouts have already made important moves and the club is also actively discussing it in the dressing room. 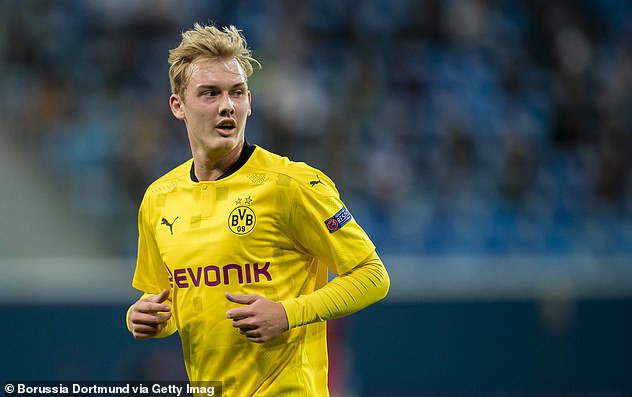 ‘We also know he has connections [at Arsenal], youth director Per Mertesacker has the same agents as him, and he is a bit tempted to come to London. I could very well imagine it coming true.’

‘Whether a transfer will take place is still a bit open, the winter (January) is perhaps a bit too short notice so it could be a summer thing.’

The Gunners continued their upturn in form with a 4-0 win at West Bromwich Albion on Saturday night, their third straight win.