Newcastle transfer plans in tatters with Matheus Franca ‘not for sale’ 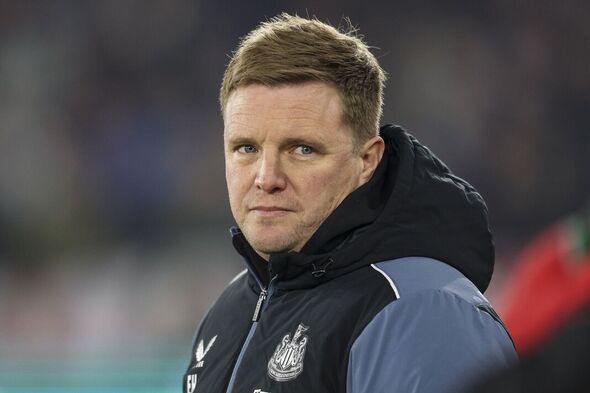 Newcastle United’s transfer plans have suffered a blow after Flamengo vice-president Marcelo Braz insisted that target Matheus Franca is not for the sale. It is the latest setback in what has been a frustrating window for Eddie Howe with the Englishman seeing deals for Youssoufa Moukoko and Hakim Ziyech collapse earlier this month and the Brazilian set to be the latest target to evade him.

Newcastle had been expected to be one of the busier clubs in the January transfer window however their only business so far has been departures with Chris Wood joining Nottingham Forest. Garang Kuol did arrive this month but a deal for the Australian had already been agreed in September and he has already been loaned out to Scottish side Hearts for the rest of the season.

Howe has made no secret of his desire to add to his squad as he looks to solidify the club’s place in the top four. A new forward is believed to be at the top of his list of priorities while he would also like to add a central midfielder and a backup right-back.

However, it appears a deal for one of his top targets Franca could be in tatters with Flamengo vice-president Braz insisting he is not for sale. The Magpies have been linked with the teenager throughout the window reportedly offering £14million for his services earlier this week.

“We do not put Matheus Franca up for sale. He is not for sale,” Braz said to Brazilian media. “We are not interested in negotiating for Matheus Franca at this moment.”

It is the latest frustration for Newcastle in the transfer market with the club yet to get any deals over the line. The club had been heavily linked with Moukoko before he decided to extend his contract at Borussia Dortmund while a move for Ziyech fell through with Chelsea reluctant to sell anyone to a club that has emerged as their rivals this season.

Talks remain ongoing for Everton starlet Anthony Gordon, with Howe a fan of his versatility. However, the clubs appear to remain far apart in their valuations with Newcastle looking to pay around £35m while the Toffees still believe their No 10 is worth around £60m. The Merseyside club have also got no one in to replace him yet following Tottenham’s 11th-hour hijack of their loan for Arnaut Danjuma.

It remains to be seen whether or not Newcastle will be able to add to their squad in the January transfer window but it looks increasingly likely that Franca will not be among the new faces if they do.