Newcastle are ‘keeping tabs’ on Chelsea’s Timo Werner and Burnley’s Maxwel Cornet, according to reports. The Magpies have endured a frustrating transfer window, with Eddie Howe yet to sign a new forward.

Howe has been desperate to reinvigorate his attack with fresh talent but has seen two ambitious bids for Leicester’s attacking midfielder James Maddison turned down. Newcastle submitted offers in the region of £40million and £50m for the 25-year-old, but the Foxes remain firm in their stance that he will not be sold.

Leicester value Maddison at around £60m, and Newcastle may now move on to fresh targets. Newcastle also missed out on former target Hugo Ekitike, who opted to join Paris Saint Germain from Reims, and have been priced out of signing Bayer Leverkusen’s Moussa Diaby.

Werner and Cornet are reportedly two players who Newcastle will consider as they seek to improve Howe’s attack. Werner is desperate for game time having found minutes hard to come by under Thomas Tuchel, while Cornet would jump at a Premier League move following Burnley’s relegation last season. 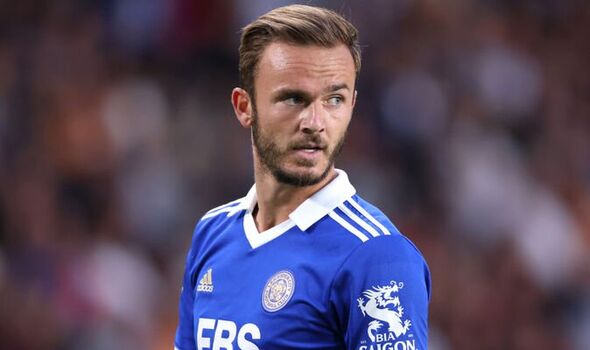 Wednesday’s copy of the Daily Star claims that Newcastle have earmarked Werner and Cornet as potential alternatives to Maddison. Chelsea forward Werner publicly revealed that he is considering his options this summer in a bid to play for Germany at the winter World Cup, although former club RB Leipzig are in the driving seat for the player.

Newcastle have struggled to acquire their top targets this summer despite the backing of the Saudi Arabian Public Investment Fund. Head coach Howe made his frustration clear during pre-season, insisting that the Tyneside outfit needed to speed up their business.

But the former Bournemouth boss was more buoyant when talking to Sky Sports News on Wednesday. He revealed that Newcastle are trying to sign several players.

“Different profiles, you know, but as you say, until you get a deal over the line then we’ll continue to look and see what we can do. But as I’ve said, the pool of players we’re looking at is actually quite small, it’s not a huge amount of names. So that’s why the deals become difficult.”

Nick Pope, Sven Botman and Matt Targett are Newcastle’s only signings this summer. The trio cost a combined £60m.