Newcastle and Wolves pre-season plans are in disarray

The pre-season preparations of Newcastle United and Wolves’ have been thrown into disarray after a US tournament was cancelled at short notice.

Sportsmail understands the Premier League pair were due to cross the Atlantic and take part in the first ‘Ohio Cup’, along with two sides from Spain thought to be Villarreal and Valencia.

Plans were at a very advanced stage, according to insiders, with the finishing touches being put to a tournament which would have seen two matches hosted in Cincinnati and two in Columbus. 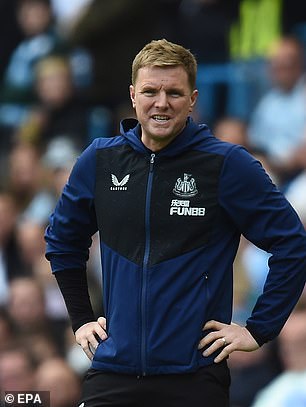 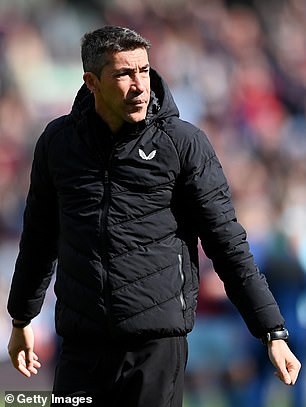 However, both English sides have been left fuming after the plug was suddenly pulled – with barely any explanation.

Wolves are still expecting to travel to the US but are now in talks with MLS clubs to try to arrange fixtures.

Newcastle are exploring their options. A trip to the Saudi Arabia homeland of their new owners is highly unlikely, given the searing temperatures there in July, which is when the US tournament was due to take place. 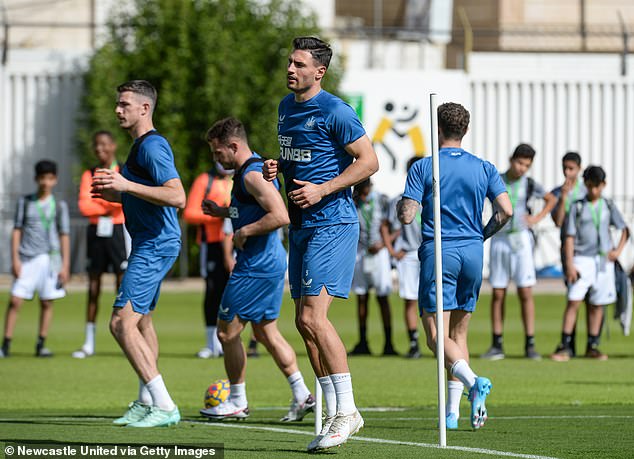 A trip to Saudi Arabia, the homeland of Newcastle’s new owners, is highly unlikely

While reasoning has been in short supply, there is a view that there were concerns over how ticket sales would go for the Midwest exhibition games, although that is disputed. It is understood MLS approval was required but was not forthcoming.

Cincinnati played the lead role in organising the event and is one of 23 cities bidding for 16 hosting slots at the 2026 World Cup, which will be played in the US, Canada and Mexico.

The late cancellation will cause a headache for Newcastle boss Eddie Howe and his Wovles counterpart Bruno Lage.

Both will have wanted plans finalised before they jet off on their summer holidays following the conclusion of the Premier League season on Sunday.

In Howe’s case, time spent on the training ground with his January recruits and any forthcoming summer arrivals will be key to his ambitious side’s chances in the new season.