Napoli 5-1 Juventus: Victor Osimhen stars in the top-of-the-table clash as Luciano Spalletti’s side thrash the Old Lady to stretch their advantage to 10 points in Serie A

Napoli moved 10 points clear at the top of the standings with 47 points from 18 games. Juventus slipped to third but are level on 37 points with second-placed AC Milan, who have a game in hand. 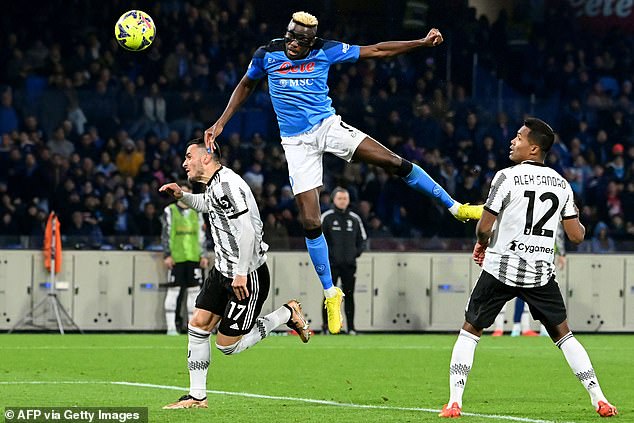 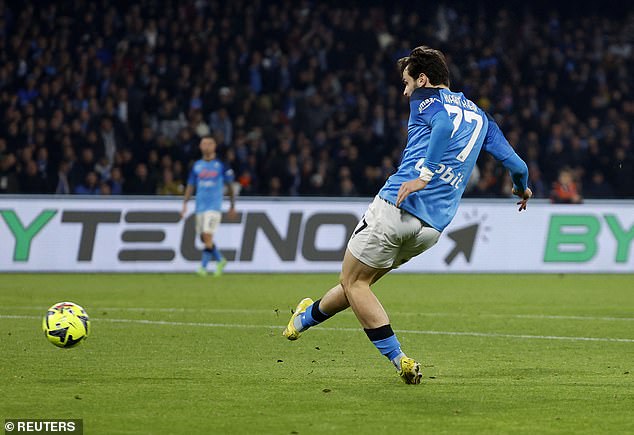 ‘It was a beautiful evening, especially because there was a great crowd. The Neapolitans are always behind us but this team was able to recreate love for these colours.’

Napoli went ahead in the 14th minute, after Juventus goalkeeper Wojciech Szczesny saved a close-range bicycle kick by winger Khvicha Kvaratskhelia but failed to deny Victor Osimhen’s follow-up with a header.

Juventus had a good chance to pull one back shortly after but Angel Di Maria hit the bar with a stunning individual effort from outside the box. 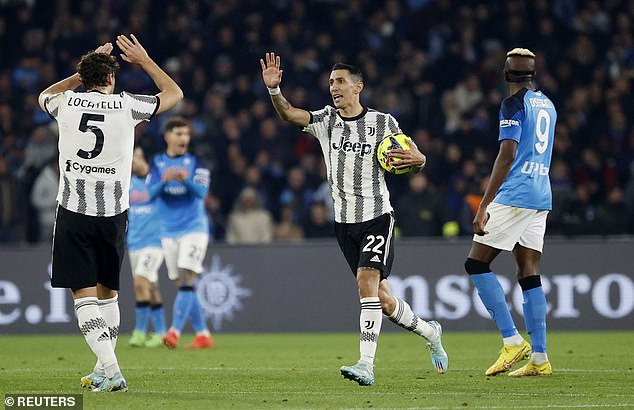 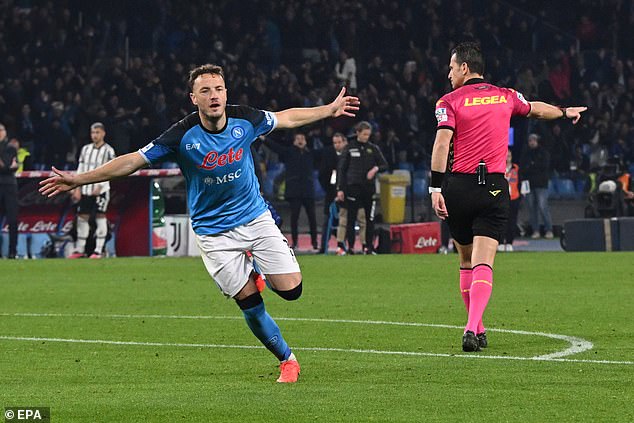 Juve striker Arkadiusz Milik tried to find a way past Napoli goalkeeper Alex Meret with a header five minutes later, however, his shot was not strong enough to cause trouble.

Instead, Osimhen set up Kvaratskhelia for Napoli’s second, sending in a precise cross into an empty space for the Georgian to put a finishing touch and double their lead in the 39th minute.

Di Maria put Juventus back in the match three minutes later when he made it 2-1 with a low shot into the left corner, leaving Meret helpless between the posts. 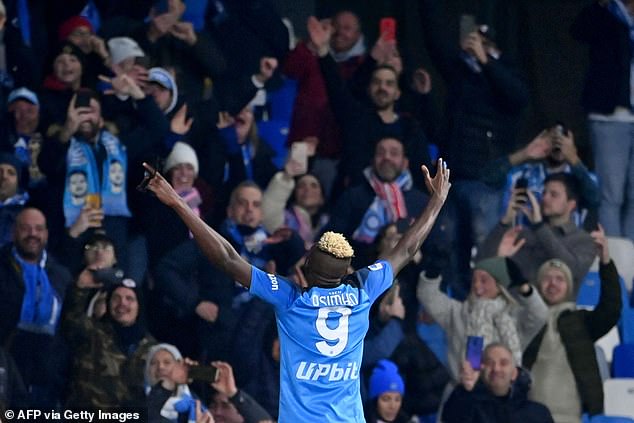 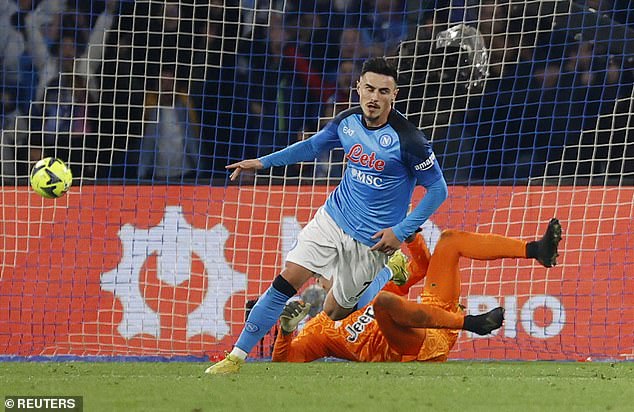 Defender Amir Rrahmani restored a two-goal lead for Napoli 10 minutes into the second half with a powerful first-touch finish following a corner.

Osimhen could have made it 4-1 from close range minutes later but his shot went narrowly above the bar.

But the striker managed to return on the scoresheet in the 65th minute with his second header of the evening — and 12th Serie A goal of the season.

Substitute Eljif Elmas sealed the win for Napoli in the 72nd minute. 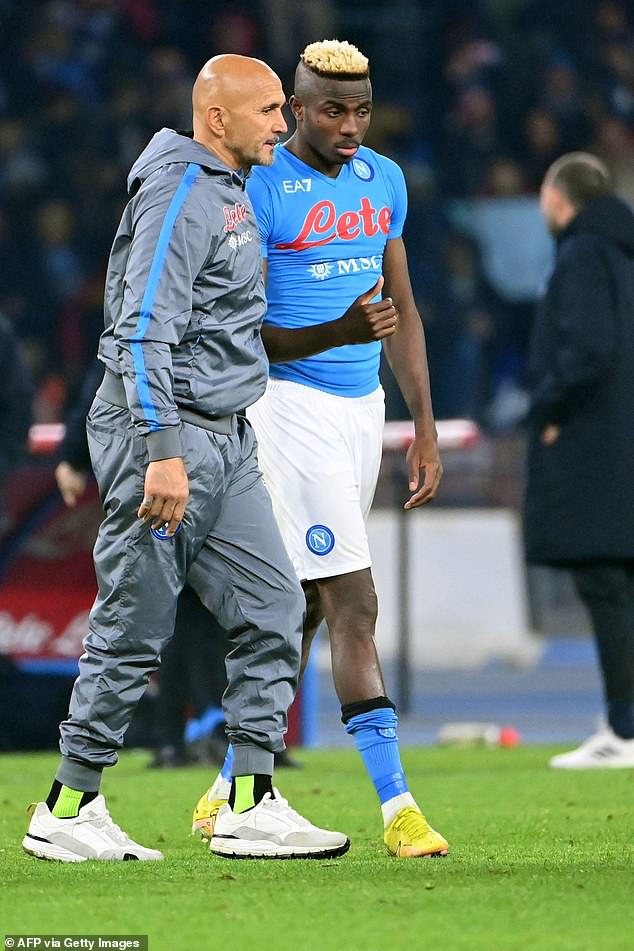 ‘This was a deserved defeat, because we went into the game with less energy,’ Allegri said after his 450th clash in Serie A as a manager.

‘The situations we conceded were also fairly easy to read and predict, but sometimes luck is on your side and sometimes it isn’t. We tried to turn it around towards halftime, but Napoli fully deserved (to win).’

It was the first time in almost 20 years that Juventus had conceded five goals in a Serie A match. The last time they were subjected to such a rout was the 5-1 loss by Pescara in May 1993.

Napoli, chasing their first Serie A title since 1990, are now unbeaten in their last three league matches against Juventus.

In the next round of games, Napoli travel to Salernitana on Jan. 21, while Juve host sixth-placed Atalanta a day later.