Match report and highlights as USA overcome Northern Ireland 2-1 at Windsor Park; Steven Davis was not in the squad as he was made to wait for his record-breaking 126th cap 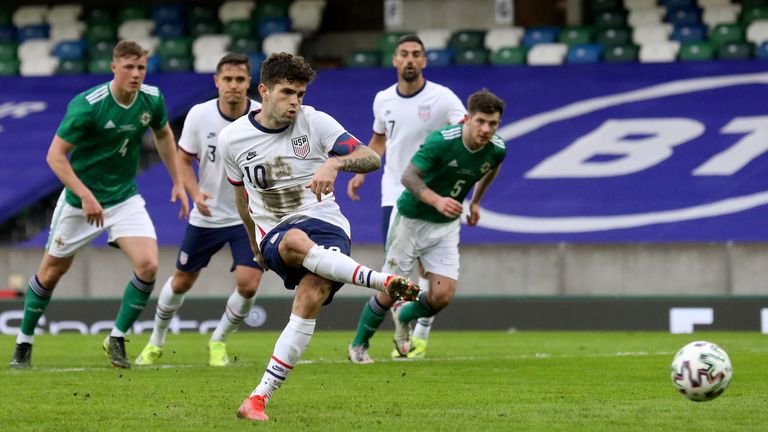 It was a familiar feeling for Northern Ireland as a positive performance went unrewarded in a 2-1 friendly defeat to the United States at Windsor Park.

Gio Reyna, the 18-year-old born in the north east of England when his father Claudio was playing for Sunderland, opened the scoring with a deflected strike before Chelsea’s Christian Pulisic doubled their advantage before the hour with a disputed penalty.

Baraclough had paid lip service to the importance of this match but his team-sheet told a different story as he made 10 changes from Thursday’s 2-0 World Cup qualifying defeat to Italy. 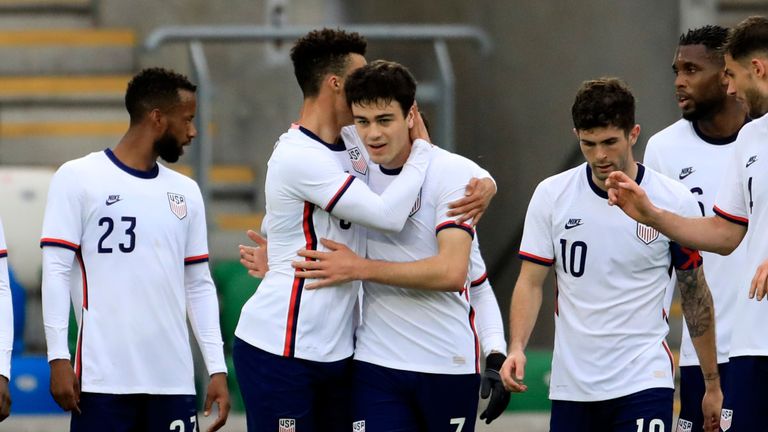 Only Corry Evans, replaced at half-time in Parma, retained his place, while Steven Davis was not in the squad as he was made to wait for his record-breaking 126th cap.

In contrast the Americans fielded another strong side, with Pulisic captaining an 11 that included Barcelona full-back Sergino Dest and Manchester City goalkeeper Zack Steffen.

Gregg Berhalter boasts a side rich in potential with youngsters finding their way across the major European leagues, and it was the 18-year-old Yunus Musah who caught the eye early on. The Valencia midfielder, who spent seven years in Arsenal’s academy and had been eligible to play for England, repeatedly drove at the Northern Ireland defence and looked a constant menace.

At the other end of the pitch and the age scale it was Kyle Lafferty, handed the captain’s armband for the first time, who carried the threat for Northern Ireland as he sought his first international goal since 2016.

The Kilmarnock forward, 33, had a great chance with 15 minutes gone when George Saville played him in, but he dragged his shot wide.

Northern Ireland were pressing high and forcing mistakes, but they could not capitalise and fell behind against the run of play to Reyna’s strike with half an hour gone.

There was a huge element of fortune to the goal, though, as the Borussia Dortmund forward’s shot took a significant deflection off Ciaron Brown to leave Conor Hazard wrong-footed.

Shayne Lavery tried to respond as he forced a smart save from Steffen, but the Americans ended the half on top as Dan Ballard made an important block on Jordan Siebatcheu’s shot. 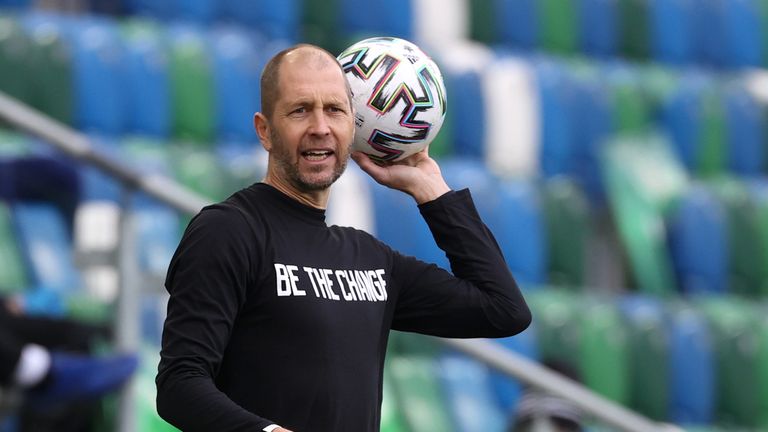 Musah and Dest were both withdrawn at the break, with Roma’s Bryan Reynolds on to earn his first cap.

There was a Northern Ireland debut too soon after, as Dion Charles was one of four substitutes brought on by Baraclough, but by the time he and his colleagues got themselves ready, Northern Ireland were 2-0 down.

Again the luck was all on the American side as Pulisic went down under a challenge from Ballard. Replays showed the on-loan Blackpool defender got a touch on the ball first, but Pulisic dusted himself off to casually fire his spot-kick past Hazard.

Charles was quickly into the action, linking up with Lafferty before sending a dipping effort just wide of the target, then running at the American defence before hitting a strong shot straight at Steffen.

It was a positive introduction, but Northern Ireland needed Hazard to save well from Barnsley’s Daryl Dike twice to prevent the game getting away from them.

Fellow substitute McGinn then produced the moment of the night with his 88th-minute strike, but it came too late to change the result.

Defeat means that Baraclough’s only success in his 10 games in charge remains the penalty shoot-out win over Bosnia and Herzegovina back in October. There could be no better time to change that than Wednesday night.

Northern Ireland resume their World Cup 2022 Qualifying campaign on Wednesday when they host Bulgaria, live on Sky Sports Football; kick-off is at 7.45pm. USA face Switzerland next on Saturday May 30.