David Moyes told West Ham’s fans to keep dreaming of a Europa League final, with the manager insistent that his team can repeat their iconic 1976 comeback against Eintracht Frankfurt next week.

Just like 46 years ago against the same opponents in the European Cup Winners Cup, West Ham lost this first leg 2-1. They went on to win 3-1 in the second leg, although that was at Upton Park.

They will now have to overturn the one-goal deficit at Frankfurt’s Deutsche Bank Park in front of 50,000 boisterous home fans, though Moyes believes they can do that. 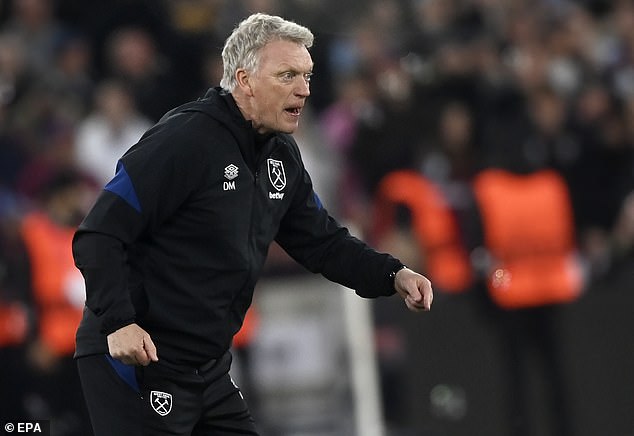 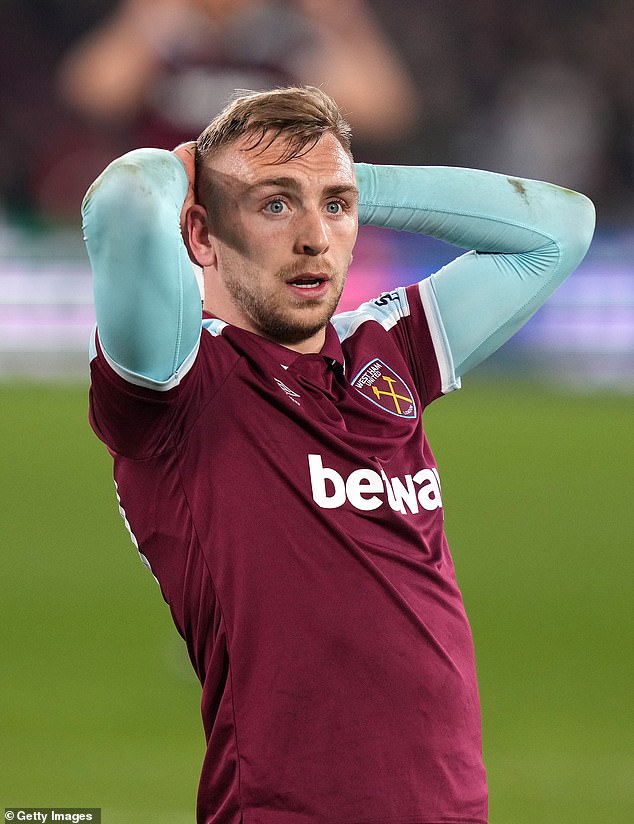 ‘It’s not what we wanted,’ the Scot said. ‘We didn’t play well enough to get a result but it’s still there. It’s not gone. We’ll go to the second leg probably not fancied and do what we can to still make it.

‘There’s another game to play. Hopefully we’ll play better. We’ve a lot to do. The players have got great character. We will need to put on a much better performance.

‘It’s a tight game and sometimes a 2-1 result – I know, I’ve been there – is not easy to carry. We all want to make the final. They’ll be there with big expectations so we have to do our work and do it well.’

A nightmare start for West Ham saw Frankfurt take the lead after 49 seconds through Ansgar Knauff. Michail Antonio equalised but the Germans got the win when Daichi Kamada ghosted behind West Ham’s back line to score the rebound after Alphonse Areola’s save.

West Ham hit the woodwork three times at the London Stadium with Jarrod Bowen’s outstanding overhead kick crashing against the crossbar late on. 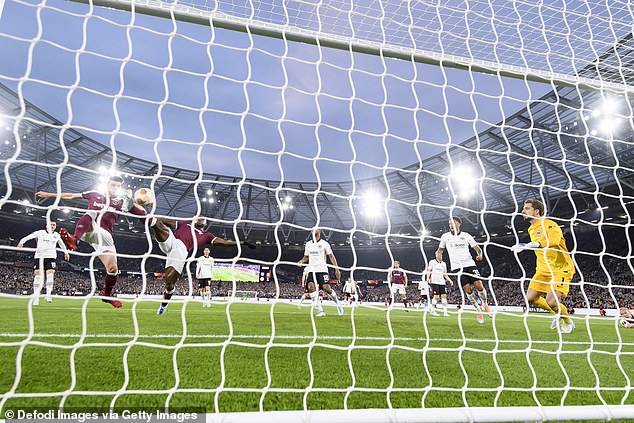 Midfielder Tomas Soucek said the players will need to put in the game of their lives next week if they are to make the Europa League final on May 18.

‘We didn’t show enough,’ said Soucek. ‘We want to be better from the first minute in the second leg. We want to be there, to go there and score goals and go through.

‘We need to win and we need to be confident. For many players, the second leg will be one of the biggest games of their lives because it is one step from the final. We have to go there and play confident.’

Goalscorer Michail Antonio is already carrying that confidence as he said: ‘It wasn’t one of our best performances. It’s two legs. We’ll go there and put in the work and you never know. 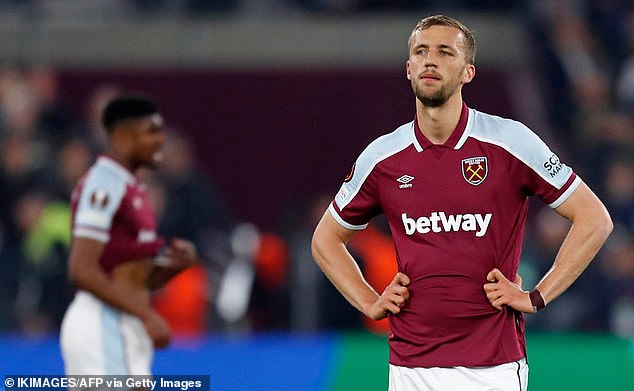 ‘It was not how we wanted to start the game. We got control of the game and created some chances which we didn’t take. It’s all to play for. It’s not over.

‘We’re here to win it. We’re in it to win it. Another game to go. No matter where we go we believe we can beat anybody.’

Meanwhile, there were ugly scenes in the London Stadium press box last night when two German commentators reported that they were ‘attacked’ by English fans sitting behind them as West Ham scored their equaliser. It was said that the supporters were unhappy with the broadcasters’ reaction to Frankfurt’s opening goal by Knauff. 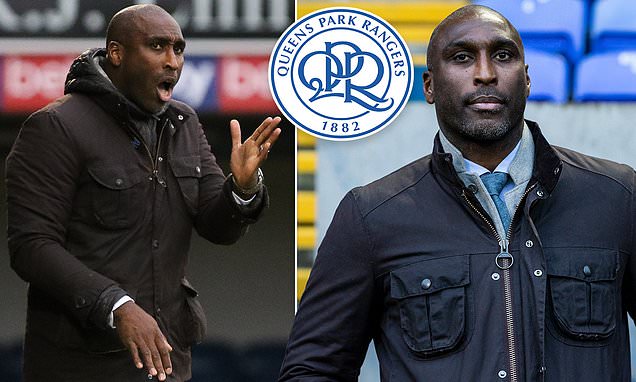