West Ham boss David Moyes hit out at his usually reliable players for letting him down in the Hammers’ 1-0 defeat by Everton on Sunday. Moyes’ side have now lost five of their opening seven Premier League games this season and looked lacklustre at Goodison Park.

Neal Maupay scored the only goal of the game for Everton, Moyes’ former side. The Frenchman’s half-volley was his first strike for the Toffees since joining from Brighton in the summer transfer window.

Moyes has slowly introduced some of West Ham’s new additions over the last few weeks, and absolved them of responsibility in this defeat. Instead, the Scot hit out at his players who have been at the club for a longer period, insisting they ‘let down’ their manager.

“We had a game on Thursday night, we have to take that into consideration. We’re trying to put new players in, who we haven’t found out a lot about yet,” Moyes told Sky Sports.

JUST IN: Arsenal record-breaker Ethan Nwaneri had to change alone before debut 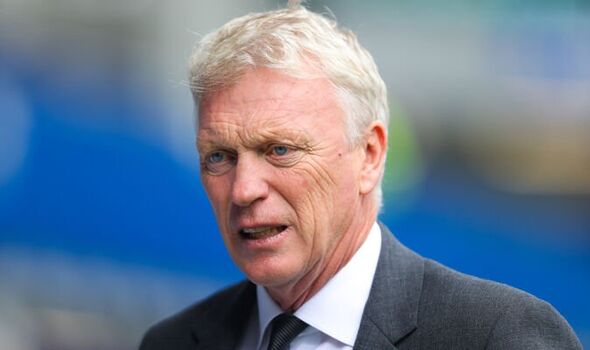 “Today we found out little bits, but it was mainly about the players I already know about. They were the ones, in the main, who have let me down at different times with poor play overall.

“The players who have played last year are down on their level. We’ve shown signs that we were getting back to it (form) but I didn’t think we did today.

“We couldn’t put two or three passes together. When we got into the final third it was almost always the wrong decision. The last 20 minutes, we had some chances to – at worst – get an equaliser. If you really analyse the end of it, we’ve probably missed a few big chances.” 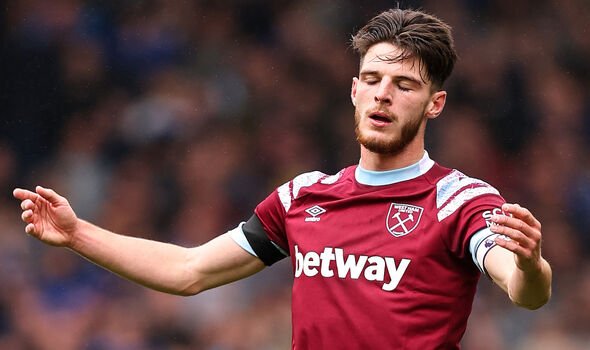 Said Benrahma came closest to scoring for West Ham with a deflected curling effort that struck the post before bouncing away from Asmir Begovic’s goal. Maxwel Cornet also bore down on goal, only for his poor touch to prevent a shooting opportunity.

Moyes added on his side’s performance: “Not very good. We picked up a wee bit after they scored but prior to that we had not been very good.

“The first half was a poor game all-round with the amount of times both teams turned the ball over. But we didn’t get the result.”

West Ham have no won only one of their top-flight fixtures and go into the international break in the final relegation place. They return to action against Wolves on October 1.