Jose Mourinho has revealed he will be urging on Carlo Ancelotti’s Real Madrid side against his old rivals Liverpool in the Champions League final, having delivered an impromptu message for his ‘great’ friend while live on television.

Mourinho’s Roma reached the final of the Europa Conference League last night after they beat Leicester 2-1 on aggregate, and their success came just a day following Madrid’s stunning extra-time comeback victory at the Bernabeu.

And in his post-match interview at the Stadio Olimpico, the ‘Special One’ took a moment to salute the veteran Italian and wish him well ahead of his own blockbuster. 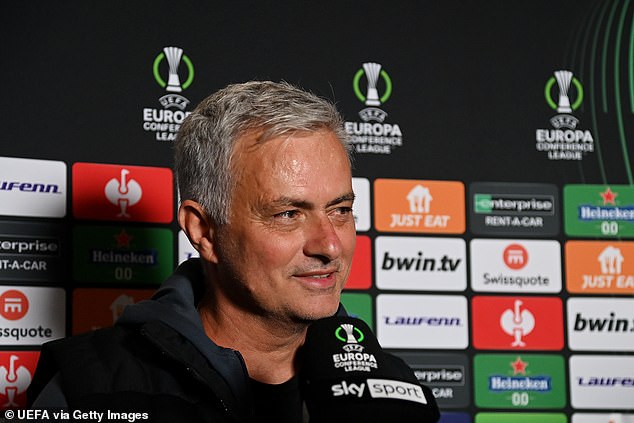 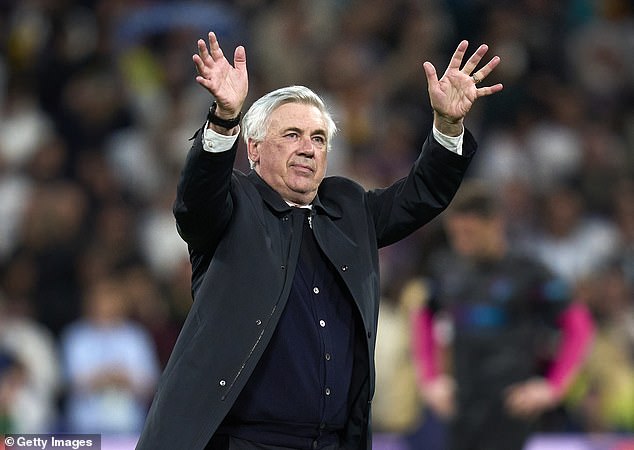 ‘If you allow me a message for a coach who is my friend, the great Carletto, let’s both go and win the Finals,’ he told Sky Sport Italia.

There will be a space of just three days between Mourinho attempting to secure his first piece of silverware with Roma and Ancelotti, who played 171 times for the Giallorossi, leading his team out to take on the Reds.

A brace from Rodrygo and late penalty from Karim Benzema saw Madrid progress to Paris, despite them trailing City across both legs for a large part of the tie. 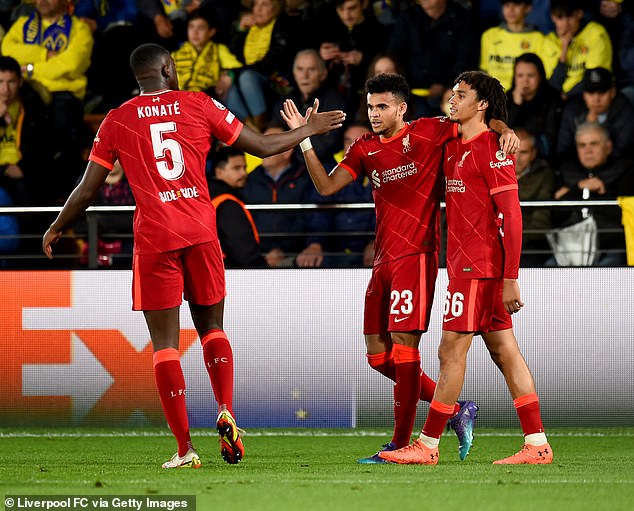 Liverpool, meanwhile, will contest another European final after they knocked out Villarreal

Mourinho has now become the first manager to reach the final of the Champions League, Europa League and Europa Conference League – and can also make himself the first boss to win all three competitions later this month.

Ancelotti, the 62-year-old who has locked horns with Mourinho on many occasions, holds the record for the most Champions League final appearances on five.

Roma have not won a trophy for 14 years, meanwhile, and Mourinho, who saluted his club as a ‘family’ made up of players, fans and staff, is targeting victory over Feyenoord in their first major European final since 1991.

Tammy Abraham crashed home an early header to hand them a 1-0 win in the second leg, and their tactician was visibly emotional after the final whistle. 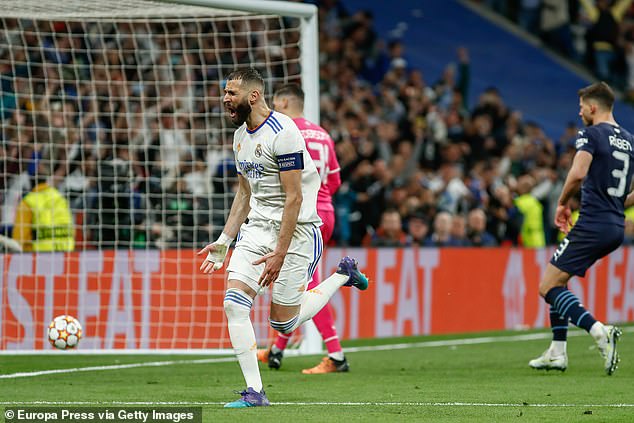 Karim Benzema netted an extra-time winner at the Bernabeu, and Mourinho will support Real

‘I am so tired, I want to go home!’ Mourinho added.

‘It’s a victory of the family. Not just the one that was on the pitch and on the bench, but in the stadium.

‘That is our greatest achievement, this empathy and sense of family we have created with the fans. 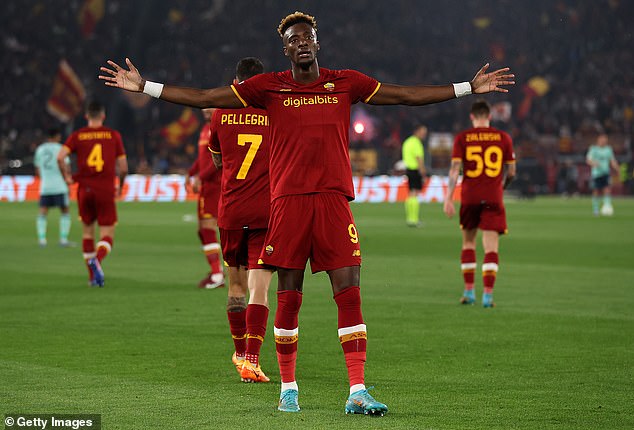 ‘I think our performance was extraordinary, others might see it differently, but when your goalkeeper makes two saves over 120 minutes against a Premier League side with so much attacking quality, it means we’ve done something good.

‘The lads deserve this, we have three Serie A games left to end as well as possible.

‘We’ve had a fantastic trajectory to reach the final, we dropped points in Serie A to achieve that, but now we are in the Final and we want to win.’