‘Some say Declan Rice is still waiting’: Mason Mount and Harry Kane lead the taunts as England fans enjoy hilarious clip of West Ham star being ignored as he goes for high-five with team-mates

While England’s victorious footballers were likely celebrating another job done in their 2-0 World Cup qualifier win over Albania, it wasn’t all smiles for one of their team-mates.

Declan Rice has become the unwitting star of a good evening for Gareth Southgate’s men after footage went viral of him being ignored while holding out for a high-five from his team-mates, who were celebrating Harry Kane’s opening goal.

A clip shows a huddle form around Kane, who exchanges high-fives with several players before Rice’s arrival. 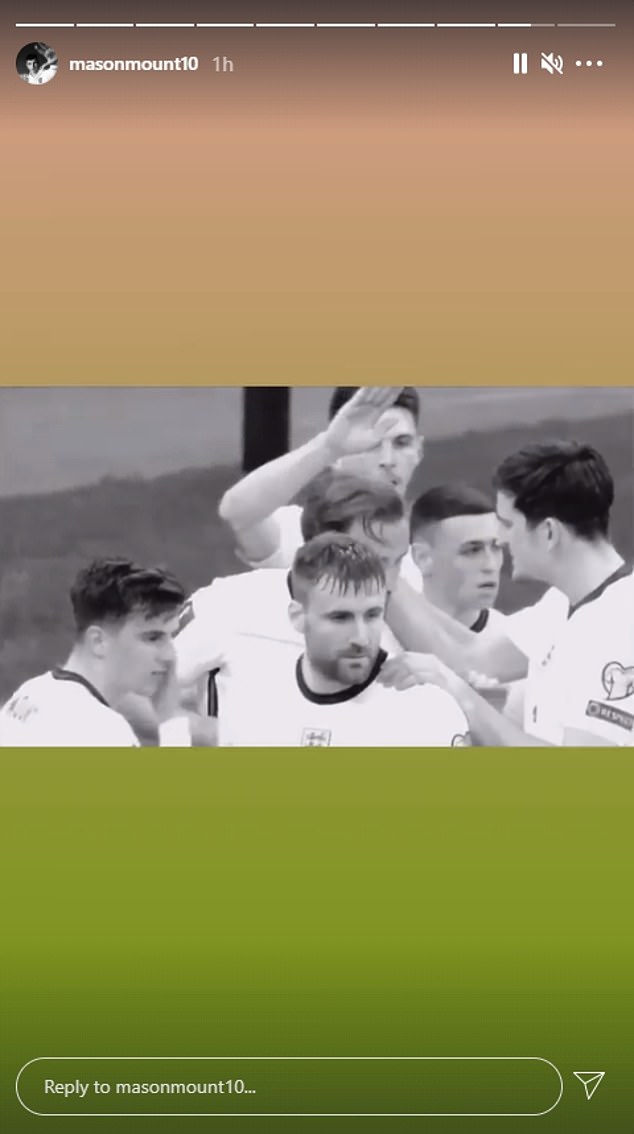 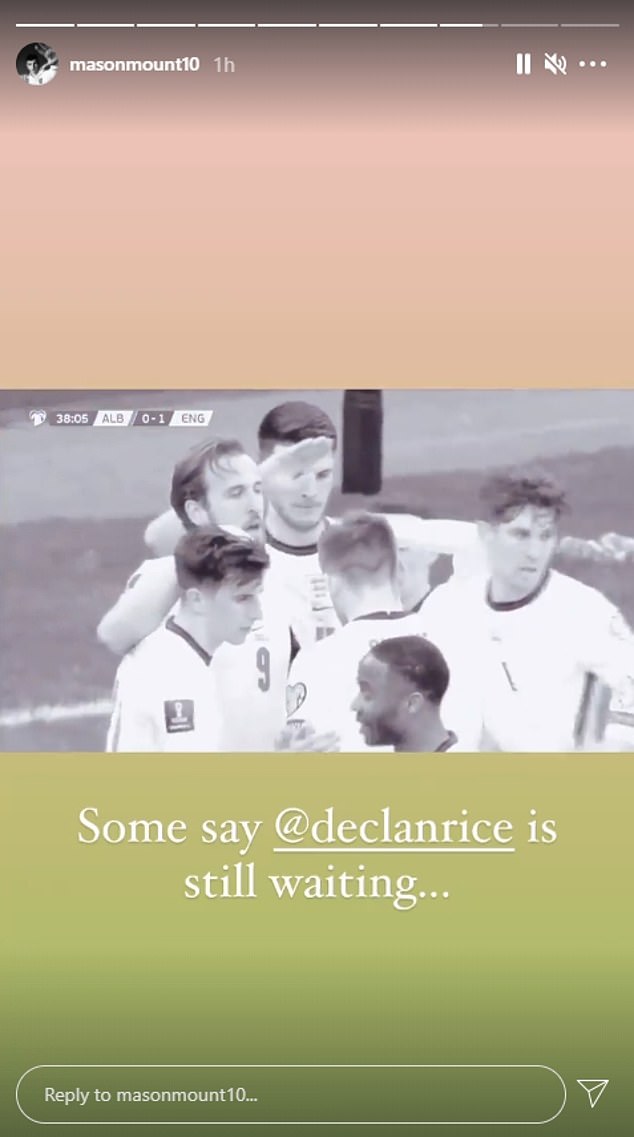 Rice came to celebrate with Harry Kane after his goal, but got no response to his raised hand

But when the West Ham offers his own hand, the group unknowingly and hilariously moves away from him, leaving Rice helplessly stranded, waiting for a high-five that never comes.

Social media lit up at the comical clip, with Rice’s boyhood friend and England colleague Mason Mount leading the taunts online by posting stills of the clip on his Instagram feed.

The Chelsea playmaker cheekily commented ‘some say Declan Rice is still waiting’ with regards to the high-five. 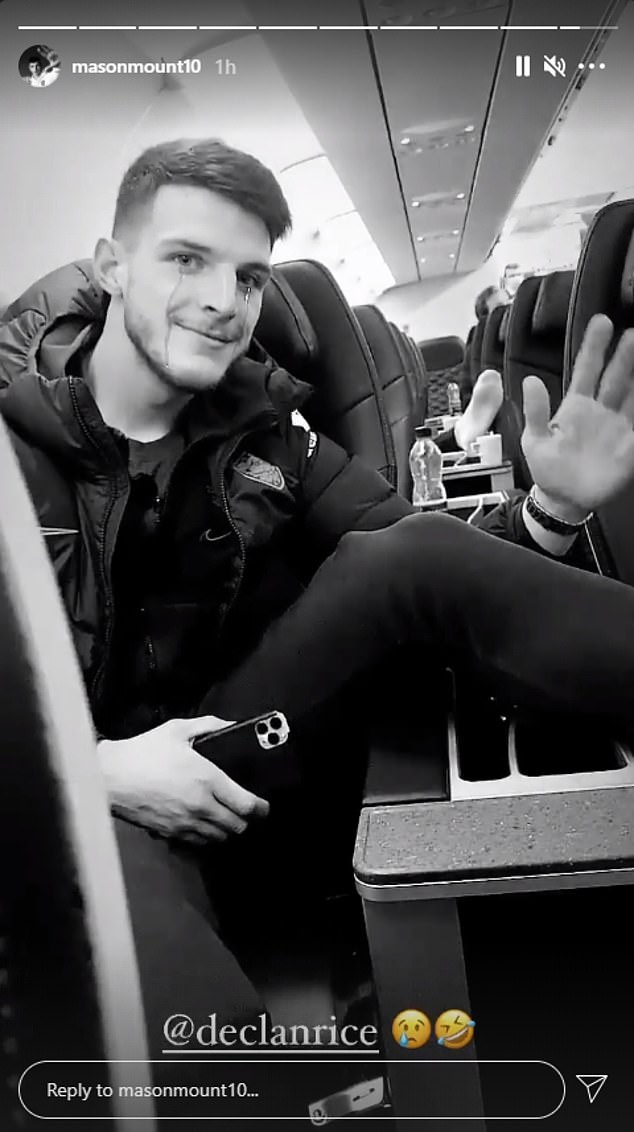 Mason Mount posted the clip on Instagram, as well as a video of Rice on the plane home 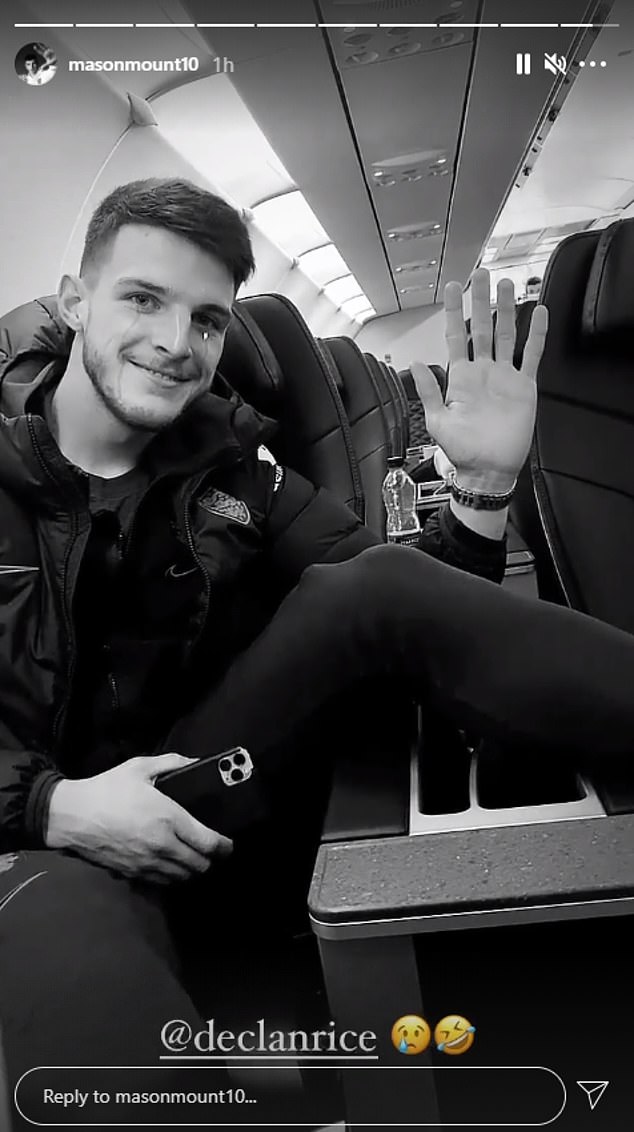 Rice is mock-crying in the video Mount posted, before dissolving into laughter over the clip

Showing his own sense of humour, Rice allowed Mount to film him on the plane back from Albania mock-crying at at his newfound notoriety, before dissolving into laughter.

Rice also tweeted about the clip, saying: ‘I’m waiting for the.. Hello darkness my old friend meme to come,’ with a laughing emoji.

All is not lost for Rice, however, as England captain Kane has also seen the clip and vowed to include the West Ham youngster next time.

‘Sorry mate should have checked my shoulder,’ Kane wrote, followed by a laughing emoji.