Mikel Arteta brushes off links with a move to Barcelona

‘I’m proud to be at Arsenal’: Mikel Arteta brushes off speculation linking him with a move to boyhood club Barcelona amid pressure on Xavi, as the Gunners boss insists he is ‘happy’ after leading his side to the top of the table

Mikel Arteta has rubbished rumours linking him with a move to Barcelona, claiming he is ‘happy at Arsenal’.

The Spaniard took over as Gunners boss in December 2019 and has overseen impressive progress during his time at the Emirates.

After winning the FA Cup during his first season, he guided Arsenal to successive eighth placed finishes, before they came fifth last season – narrowly missing out on Champions League qualification after a poor ending to the season. 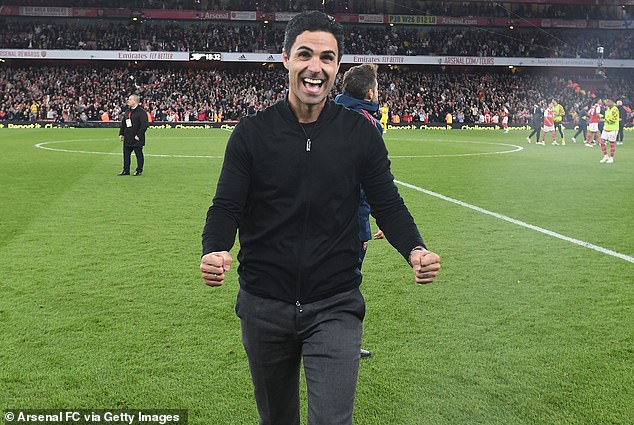 Mikel Arteta has brushed off links with Barcelona, and claimed he is ‘happy at Arsenal’

The Gunners have made an excellent start to this campaign, winning 10 of their opening 12 league games to move two points clear of defending champions Manchester City at the top of the table.

They have also progressed through their Europa League group to make the knockout stages of the competition.

Reports in Spain via Sport had claimed that Barcelona are reportedly keeping tabs on Arteta, with a view to potentially making a move for the 40-year-old in the future.

The report stated the Catalan giants had been impressed by Arsenal’s style of play and discipline under Arteta, and see him as a potential future manager at the Nou Camp.

However, speaking ahead of the Gunners’ Europa League game against FC Zurich at the Emirates, the Spaniard brushed off these rumours and insisted he was content with his role. 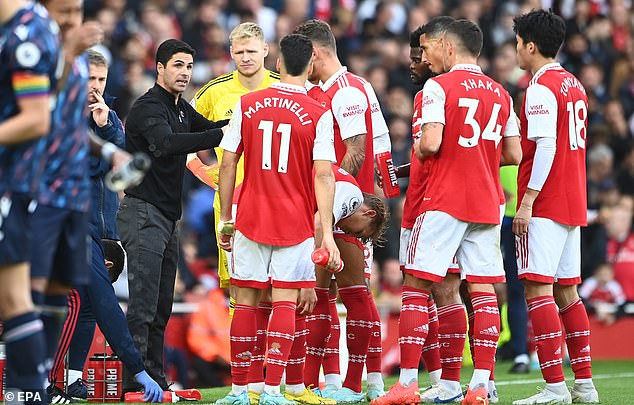 Current Barcelona boss Xavi has seen his side start the season well domestically, with the Catalan giants just a point behind rivals Real Madrid in LaLiga.

However, they have been dumped out of the Champions League at the group stage for the second successive campaign, leading to speculation surrounding his future.

Along with rubbishing the rumours over a move to Barcelona, Arteta was quick to praise the work of Xavi and the progress the Catalan giants are making.

He added: ‘I think Barcelona now they are in a really good path. 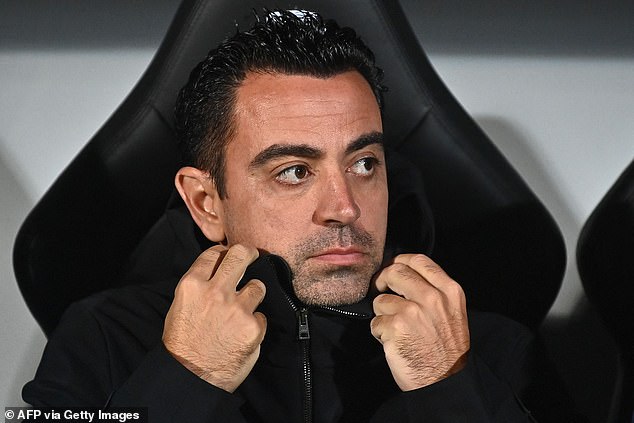 ‘They have a phenomenal coach, a coach that has been an absolute legend in that club and has lifted the whole place and you have to be very respectful of that.’

Arteta was an academy player with Barcelona, after coming through their iconic La Masia academy, but left to join PSG having never played for the first team.

The Spaniard then went onto play for Rangers, Everton and Arsenal, while he also worked under former Barcelona manager Pep Guardiola at City as an assistant coach before moving to the Gunners.

After Thursday’s game with Zurich, Arteta’s side host Chelsea in a crunch London derby on Sunday lunchtime.