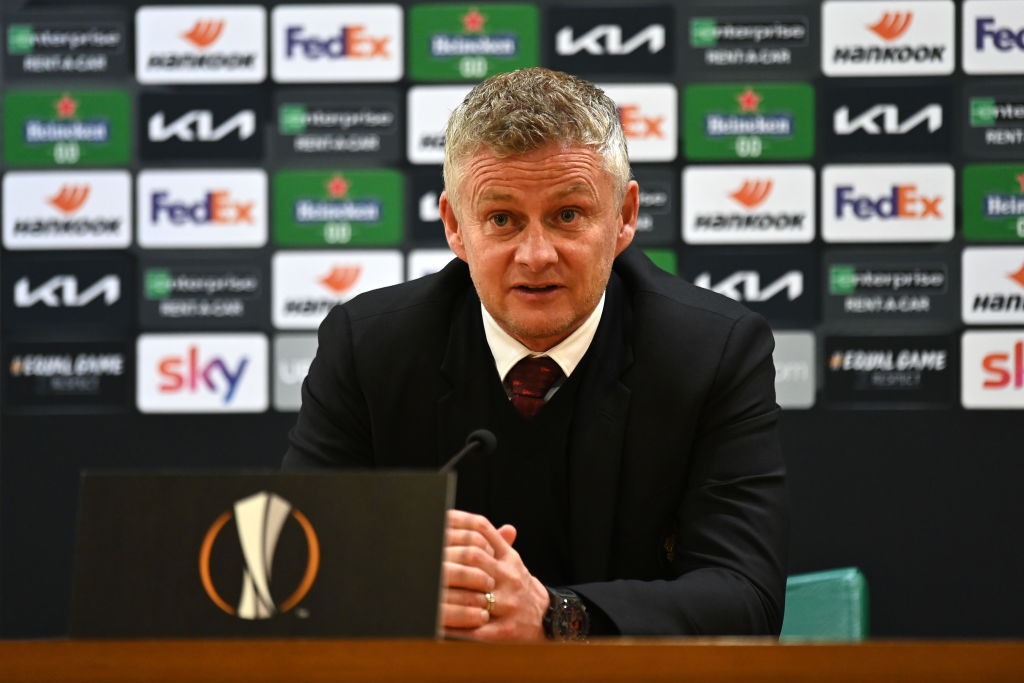 Solskjaer started Fred and Scott McTominay at the base of midfield in a 3-1 win over Aston Villa, with Paul Pogba deployed on the left-side of an attacking quartet containing Bruno Fernandes, Marcus Rashford and Mason Greenwood.

That meant Edinson Cavani, who came off the bench to join Fernandes and Greenwood on the scoresheet, had to settle for a place among the substitutes.

Owen, the former Manchester United striker, would prefer to see Pogba taking one of the central midfield slots, allowing Cavani to play through the middle.

But he feels Solskjaer ‘doesn’t totally trust’ Pogba to operate in that role, instead prefering the ‘two protective midfield players’.

‘I know every Manchester United fan around the world would agree: get Paul Pogba in alongside one sitting midfield player,’ Owen told Premier League Productions.

‘Then you can get an extra body going forward, the likes of Cavani and you can put Fernandes in behind with the two normal wide players.

‘However, as it is, you have to put Cavani on the bench because you don’t trust Pogba in the middle as a sitting midfielder so you have to stick him out wide. It’s a conundrum.

‘Whenever they play against a very good side, he goes back to basics. He goes back to thinking, “I need those two protective midfield players”.

‘When he’s playing an average team at home, he’ll go and play all his stars. He lets the shackles off.

‘But I don’t think he totally trusts Pogba in that role as a centre midfield player alongside one of them.’