Pep Guardiola’s men are face a showdown with Atletico Madrid in the last eight of the Champions League. 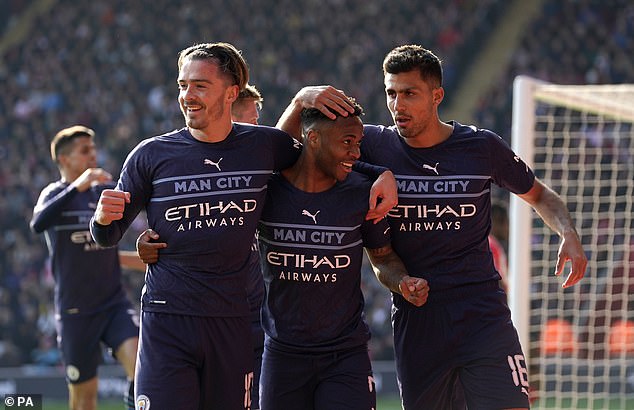 Micah Richards told the BBC: ‘The quality that Man City can bring off the bench as they have shown today will play a huge part in it [the title race, the FA Cup and the Champions League]. They’re gonna win two trophies out of three.

‘What Manchester City do in terms of grinding out results is outstanding. They starve the opposition of the ball and they were excellent in the second half.’

Alan Shearer added: ‘They were ruthless, they were clinical. They had outstanding players to come on and win them the game. 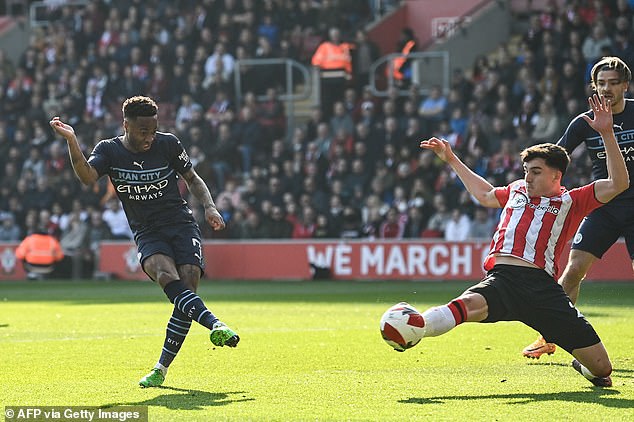 Raheem Sterling (above) opened the scoring for Manchester City at Southampton 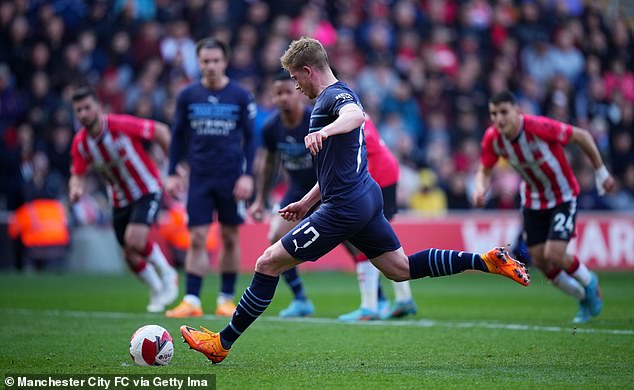 ‘Southampton were hard to beat and they will be kicking themselves because their first two goals were defensive mistakes.’

Raheem Sterling had opened the visitors’ account when he tapped home in the 12th minute but it was cancelled out by Aymeric Laporte’s own goal just before the break.

Kevin De Bruyne’s 62nd-minute penalty restored City’s lead before their performance was capped off by a Phil Foden’s strike from the edge of the box and Riyad Mahrez also putting his name on the scoresheet in the 78th minute. 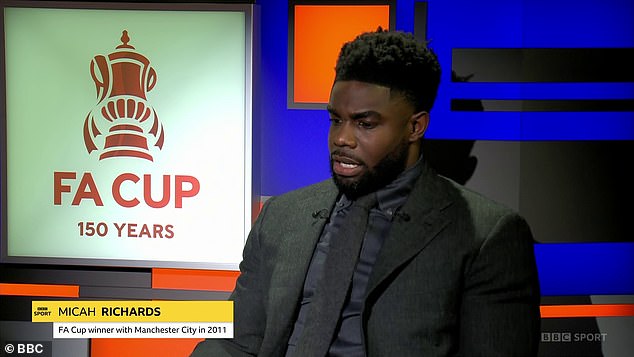