Former Arsenal midfielder Paul Merson believes Arsenal now have it back ‘in their hands’ to qualify for next season’s Champions League after they won a six-goal thriller at Chelsea.

The Gunners jumped up from sixth place to fifth even before they had played following Manchester United’s disastrous defeat at Liverpool on Tuesday evening. 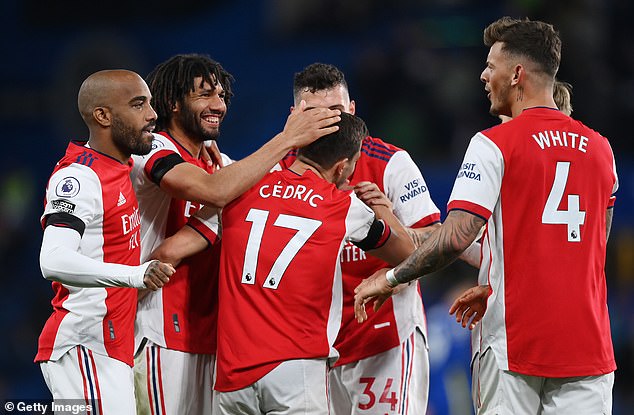 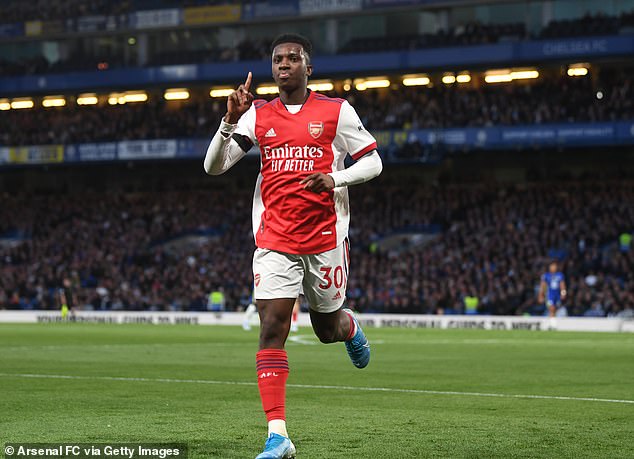 Now Mikel Arteta’s men only trail arch rivals Tottenham – who currently sit in fourth – on goal difference and Merson believes his former club now hold the advantage in the race to seal that last spot in the top four.

‘[It was] brilliant to go to Stamford Bridge and score four goals on the back of three defeats – phenomenal,’ Merson told Sky Sports.

‘When they turn up and see that team-sheet, no [Antonio] Rudiger, no [Thiago] Silva (from the start). Two big players and [Kai] Havertz and they took advantage and fair play it’s in their hands now.

‘I think advantage Arsenal. I don’t think Tottenham beat Brentford away (on Saturday). Brentford are flying at the moment. 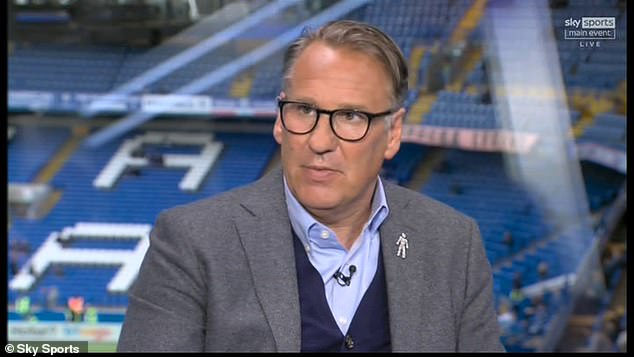 ‘I think Manchester United’s a hard game (for Arsenal), I know they have been terrible but who doesn’t want to go to the Emirates and play football.

‘You’ve got no pressure Man United, the first game played against a team of their magnitude and no one expects anything. Just go out on Saturday and get beat and no one cares.’

Former Spurs midfielder Jamie Redknapp agreed with Merson, insisting Arsenal’s win in west London should not be underestimated despite both them and Spurs facing tough games on Saturday.

‘Don’t underestimate how big a result this is,’ Redknapp said. ‘[There are] tough games ahead, Man United and Tottenham, but this makes them favourites in the top four race again.’ 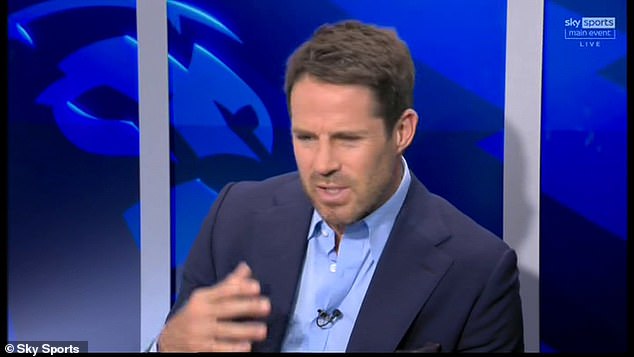 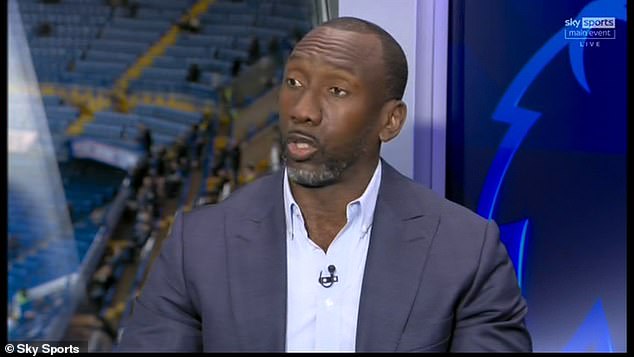 Former Chelsea forward Jimmy Floyd Hasselbaink – who backed Spurs to claim that final Champions League spot before Arsenal’s win on Wednesday – believes Antonio Conte’s men will still edge it due to their firepower up front.

The Gunners had scored just once in the three top-flight games prior to the four they netted at Stamford Bridge, while Tottenham have netted nine in the same time frame.

‘Before the match tonight I was more with Spurs because of their firepower and Arsenal’s difficulty scoring,’ the Dutchman said.

‘I’d still go Spurs. North London Derby will be a huge match but they’ve got [Harry] Kane and great firepower.’ 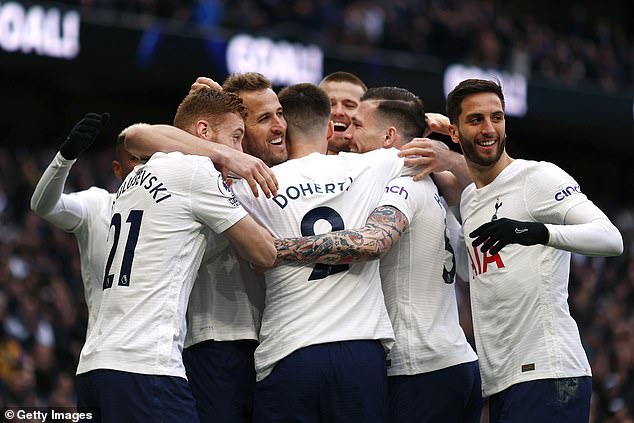