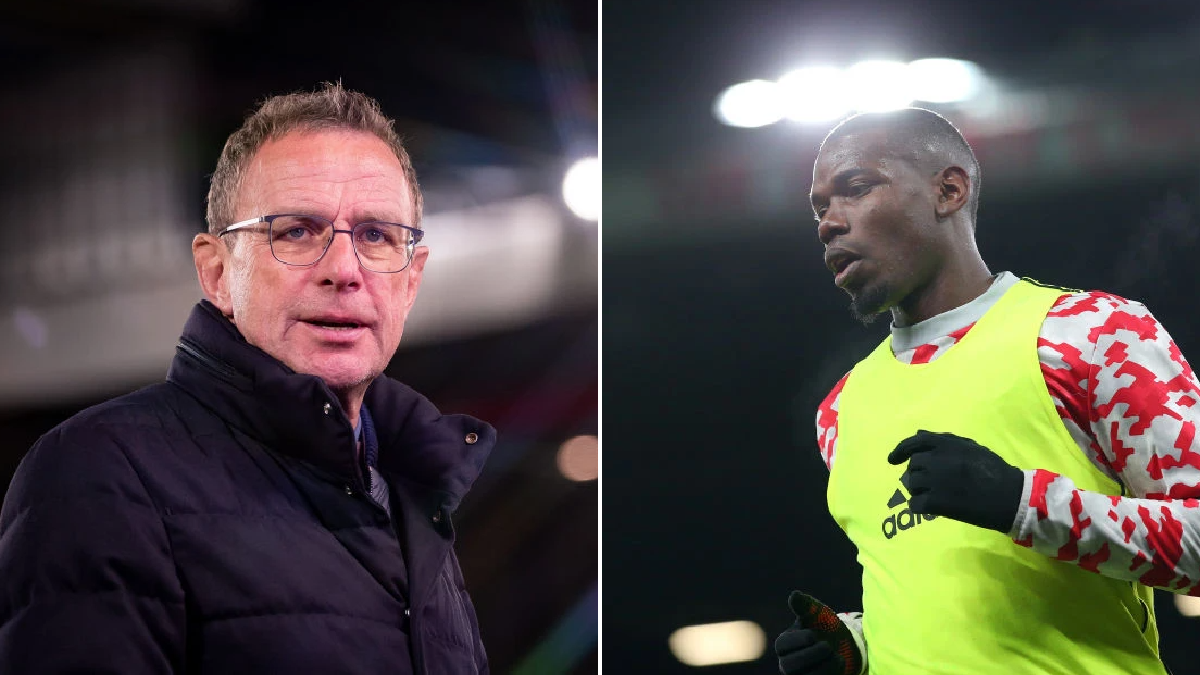 Ralf Rangnick believes Paul Pogba has played his last game for Manchester United and is at odds to explains his struggles at Old Trafford.

World Cup winner Pogba is expected to leave the club for a second time when his contract expires at the end of the season.

The 29-year-old has made more than 200 appearances since returning to Old Trafford in 2016 but there is a sense we have not seen the best – or at least the most consistent – Pogba in a Red Devils shirt.

With Pogba likely to be on the sidelines for the rest of the season after suffering a calf injury during the 4-0 defeat to Liverpool earlier this week, United fans may not even get a chance to say goodbye to Pogba, although that could be for the best as he has been booed during recent matches.

While incoming manager Erik ten Hag could yet have the final say on Pogba’s future, Rangnick says it is ‘likely’ that the Frenchman will leave this summer.

Rangnick, who has been in charge of United since Ole Gunnar Solskjaer’s sacking in November, also admitted he was unsure why Pogba has flattered to deceive at Old Trafford since his £89m return.

‘It’s difficult to say. If myself or other coaches knew, it would be easier to change that, but I don’t know,’ Rangnick said.

‘Right now it doesn’t make sense to think about that because he won’t be available for [the Arsenal match] and most likely not for the upcoming games.

‘He was like quite a few other players struggling to get his best performance sustainably on the pitch for a team like Man United.

‘This has not only been the case this season or in the past couple of weeks. As far as I remember, it was also the case in earlier years.’

Rangnick may also be part of the leadership group that make a decision on the future of Pogba and other Manchester United players, having agreed to move into a consultancy role when he stepped in to replace Solskjaer earlier in the season.

But the German admits that Ten Hag could decide that he does not want or need his help and inadvertently push him out of Old Trafford.

The Red Devils have struggled under Rangnick this season and the team are just sixth in the Premier League ahead of Saturday’s crucial clash with top-four rivals Arsenal.

‘At least we have an agreement on that [consultancy] role,’ Rangnick said. ‘But in the end it’s not a question about what’s written on paper or what’s agreed upon, it’s about what will happen in everyday life and everyday business.

‘This is the question and it’s also important how Ten Hag sees that. Does he like to speak with someone like myself? Does he want to work together? These are the things we haven’t spoken about.

‘I still see where we could develop. Having seen Liverpool play against us and seen what happened in other clubs, like Arsenal and Tottenham, why should this not be possible here?

‘This is one of the biggest clubs in the world. We have perfect training conditions, a great stadium, we have massive fan support.’