Tottenham DON’T need Champions League football to keep Harry Kane at the club, insists interim boss Ryan Mason and says he won’t hold talks with the striker over his future despite hinting he could leave this summer

Ryan Mason insists Tottenham and Harry Kane’s sole focus is on Sunday’s visit of Sheffield United and not his future.

Striker Kane was named Premier League player of the year at this week’s 2021 London Football Awards.

But, just a few days after Spurs were beaten in the Carabao Cup final by Manchester City, Kane admitted the individual award was ‘bittersweet’ as his aim right now is to win team trophies. 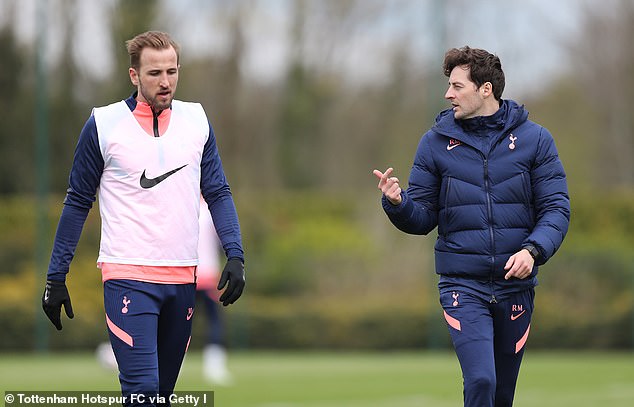 Qualifying for the Champions League is also likely to be pivotal to any decision Kane makes regarding his future, with a top four finish Spurs’s remaining target between now and the end of the season.

They have five games left, are seventh and five points of current occupiers of fourth place Chelsea.

Interim manager Mason said: ‘There hasn’t been and won’t be any conversations with me and him [Kane] regarding anything apart from either the training day or the match ahead. 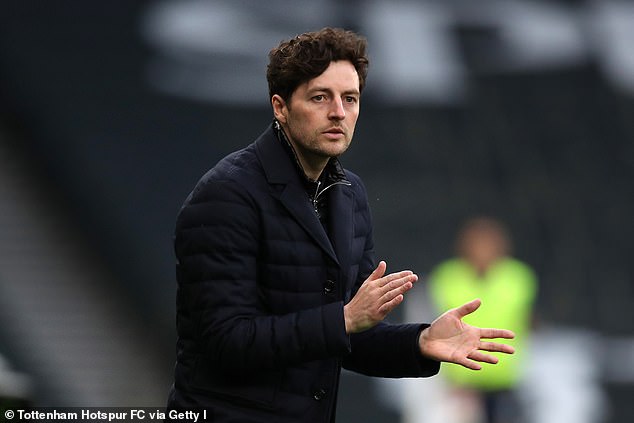 When asked if Spurs needed Champions League football to keep Kane, Mason said: ‘I don’t think so. Harry Kane loves this football club and that’s been proven over the last seven, eight years. He’s one of the best strikers in the world.

‘Everyone know that, we know that and I would like to think Harry knows that as well. But the most important thing and our attention in our minds is on this weekend.

‘We can’t disrespect any opponent. We can’t be investing energy in anything else and that’s all I have to say on the matter. My attention, Harry’s attention, the whole group, the whole football club is this Sunday.’ 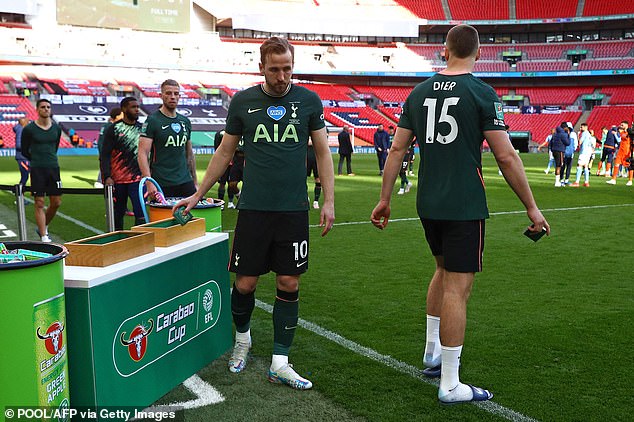 ‘Our season isn’t over. We can still make it a good season. We’ve got five massive games for this football club and the group know that, we know that.

‘Our focus is on Sunday. We’re not thinking it’s a disappointing season because this season isn’t finished for this season and that needs to be the mentality for the group.

‘It is the mentality for the group so we will go into the game on Sunday and we know and realise it’s a big game.’

Speaking after winning his player of the year award, Kane dropped a huge hint he could quit his boyhood club this summer.

‘Individual awards are great, they are fantastic achievements,’ he said. 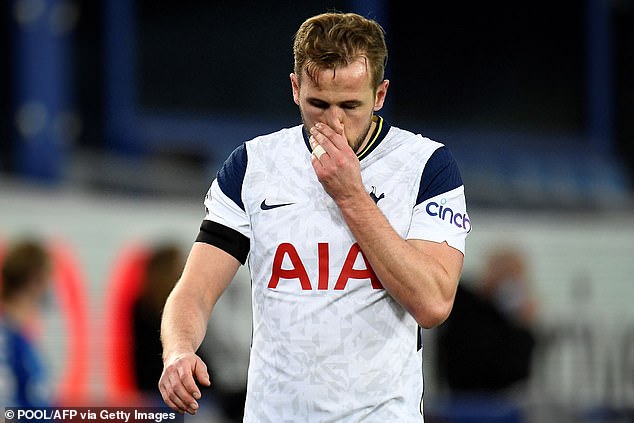 ‘When I look back at the end of my career, I will go over it and take in a little bit more. The goal right now as a player is to win team trophies. As much as this [award] is great, I want to be winning the biggest prizes that there is to offer as a team and we are not quite doing that.

‘It is one of those [situations], it is bittersweet. I would rather be winning team trophies and this award. It is what it is.’

Tottenham face a number of challenges ahead of next season – not only will they face a battle to convince Kane to stay put, but their managerial options to take over from Jose Mourinho are dwindling.

Top target Julian Nagelsmann has gone to Bayern Munich, while Brendan Rodgers has reaffirmed his commitment to Leicester City and Ajax boss Erik ten Hag signed a new one-year deal with the Eredivisie side on Friday. 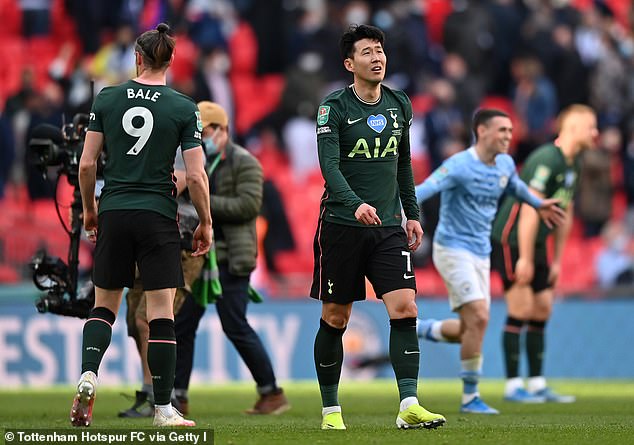 The team were heavily criticised for the manner in which they lost their cup final against City last week, but Mason has leapt to the defence of his players.

‘Everyone’s entitled to an opinion,’ he added. ‘From my point of view, the first half – yeah, it was difficult. We rode our luck a little bit. But if you watch the game and you analyse it – the second half, it was a different game. They didn’t really create much, they scored from a set-piece.

‘We didn’t have many shots on target but the way we approached the game, the belief we had… we started to get a bit more control in the game. There was lots of positives to take from the second half and we’ve had a week to work on different aspects of our game. It’s been a positive week for us after a disappointing result.’ 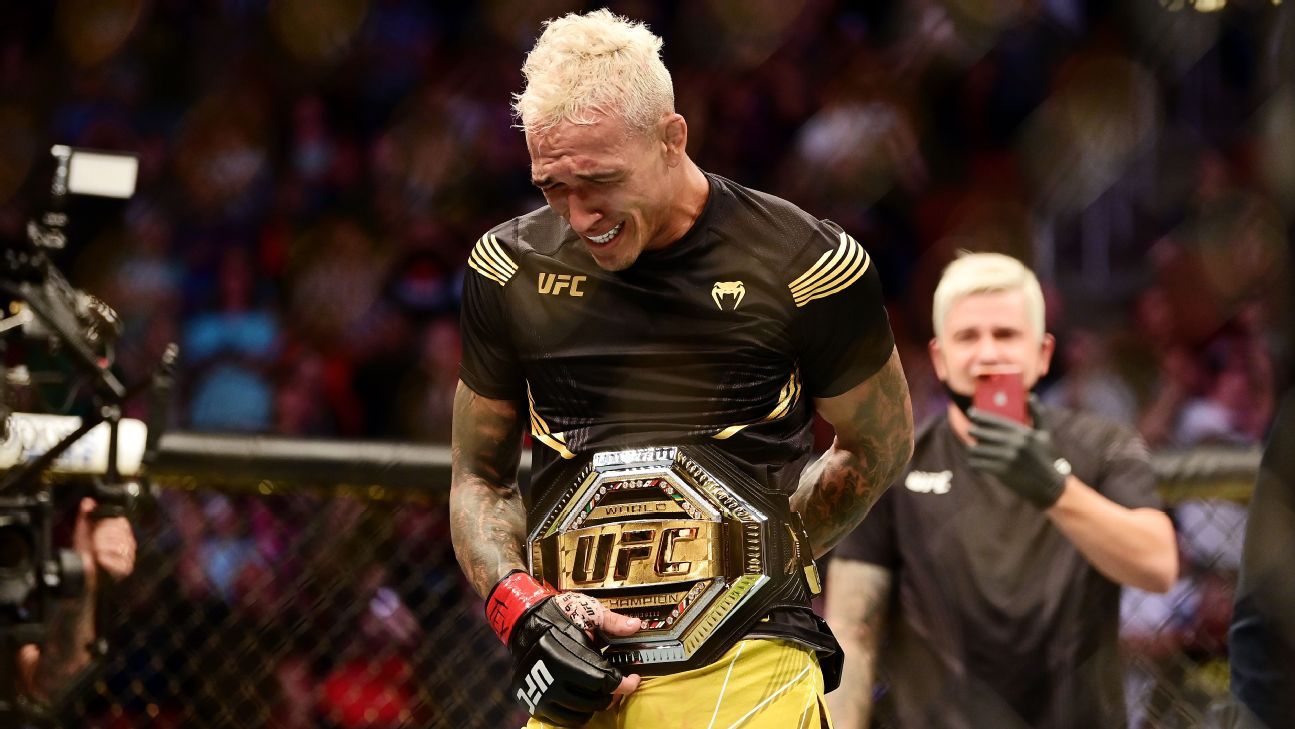 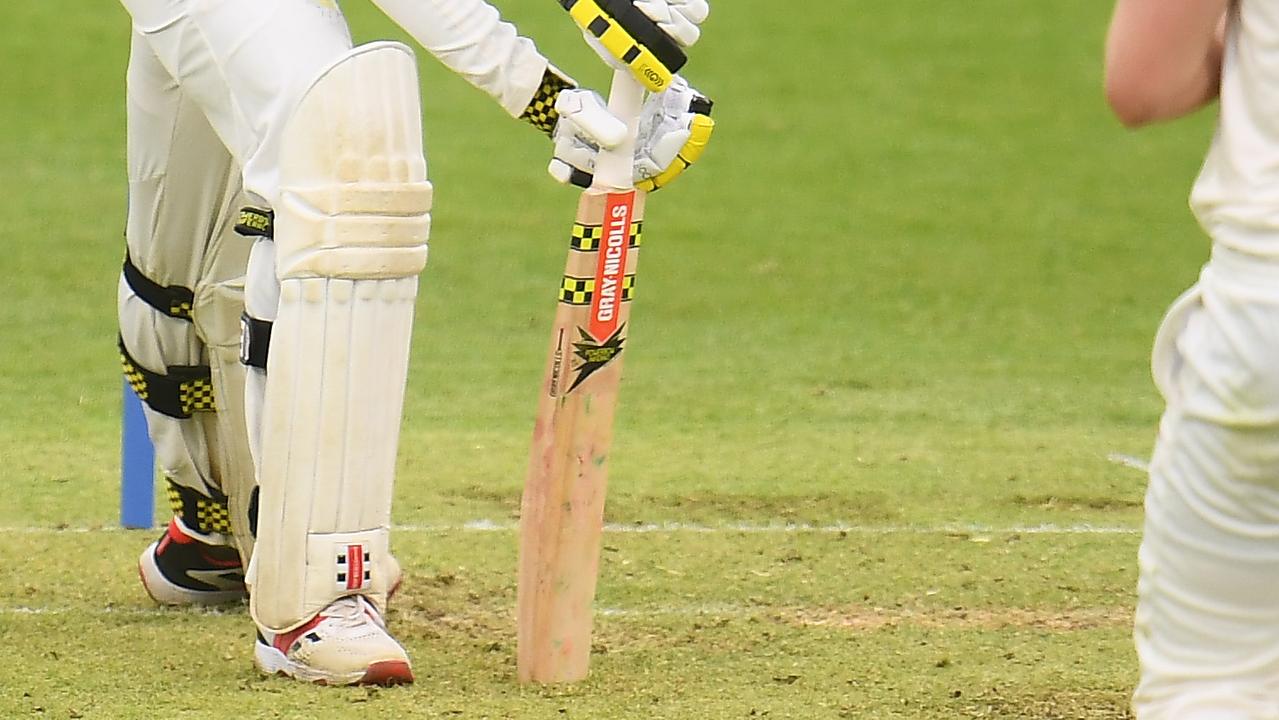