Mario Pasalic fires Croatia back into contention in the Nations League

Denmark 0-1 Croatia: Mario Pasalic fires Zlatko Dalic’s side back into contention in the Nations League as they end Denmark’s unbeaten run

An opportunist second-half goal from Mario Pasalic gave Croatia a 1-0 away win in Denmark in their Nations League Group A1 on Friday as playmaker Luka Modric came off the bench to turn the game around for the visitors.

The best chance of the first half fell to Denmark’s Andreas Cornelius who had a goal ruled out just before the break when fullback Joakim Maehle was deemed to have committed a foul in the build-up.

Following the halftime introduction of Modric, he took the corner that was worked into the box for Atalanta midfielder Pasalic to pounce on for the only goal of the game, slotting the ball through the legs of keeper Kasper Schmeichel. 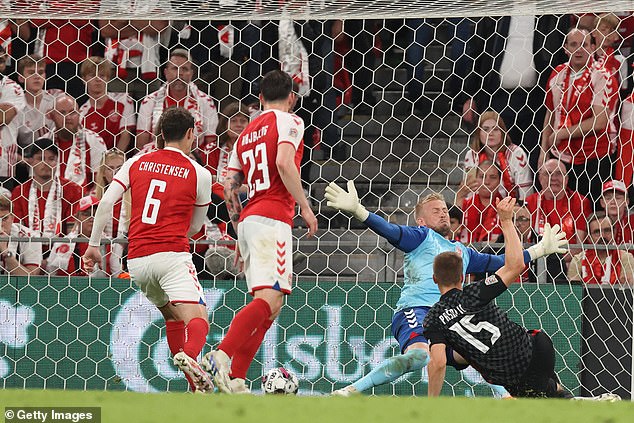 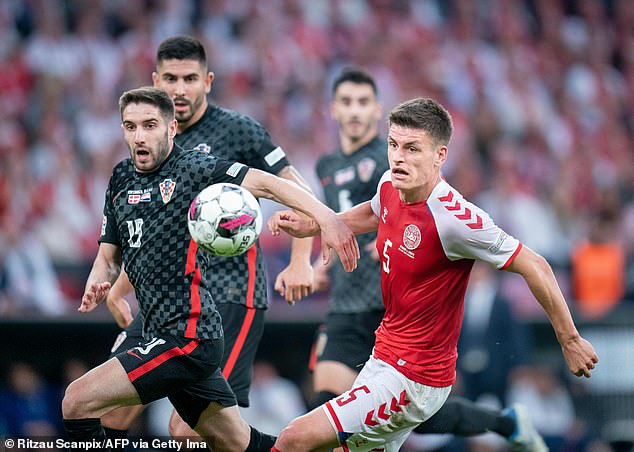 Croatia are now level on points with second-place Austria in Group 1, two behind Denmark

Denmark dominated the first half but could not take advantage with Croatia’s defence stout and goalkeeper Dominik Livakovic denying the best effort on goal from Denmark’s hero in Paris, Andreas Cornelius.

Luka Modric’s introduction at half time completely changed the flow of the game and it was no surprise when they took the lead after Marcelo Brozovic’s cross deflected into the path of Pasalic who nudged home from close range.

Denmark had the ball in the net in the closing stages but Jonas Wind’s effort was correctly ruled out after a check with VAR.

Croatia are now level on points with second-place Austria in Group 1, two behind Denmark, who remain in top spot. 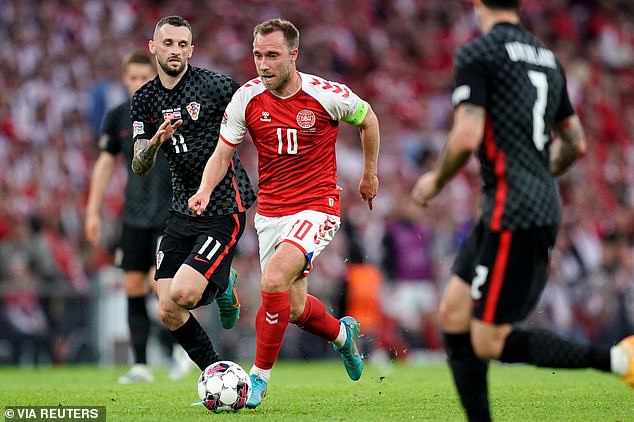