Marcus Rashford has revealed Manchester United’s squad are feeling “really positive” and are eager for the season to start in order to “show what we can do”. The forward also warned that the Red Devils must continue to improve under new manager Erik ten Hag next campaign following the club’s impressive pre-season performances.

Rashford saw his promising career stagnate somewhat last season as a struggle to recapture form following shoulder surgery was then compounded by Ralf Rangnick’s reluctance to trust the striker with sufficient game-time. A disappointing season from a personal point of view was mirrored by his team as a whole as United scrambled to a sixth-placed Premier League finish and subsequently secured Europa League qualification next campaign, despite defeat to Crystal Palace on the final day.

There’s a renewed sense of optimism around Old Trafford at present however, as United have already shown promising signs under Ten Hag during pre-season, and it seems the positive outlook surrounding the club is one shared by the Dutchman’s squad. Rashford in particular has revealed he is in a good place ahead of the upcoming campaign and admitted he is joined by his United team-mates in his determination to right the wrongs of last season.

“I’m in a good place mentally and physically,” Rashford told The National. “I feel really positive and I know I’m not the only one there. There’s a joined-up feeling among players. 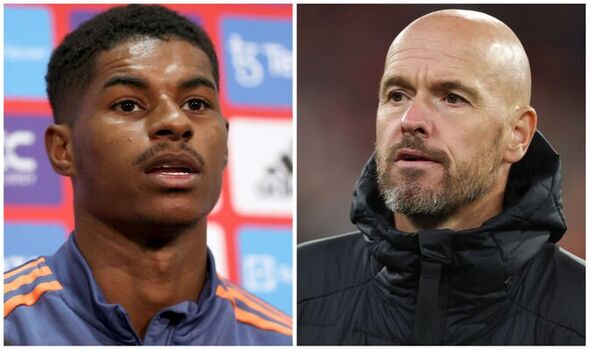 “We want the season to start to show what we can do. Hopefully we can start the season off a lot better. We’re better players than what we showed last year.”

The Red Devils have gone unbeaten across their four pre-season games so far, winning three and drawing one while netting 13 goals in the process. Some of United’s play has been slick and eye-catching as Ten Hag’s imprint on the side is already starting to show, but Rashford has insisted the Red Devils must not rest on their laurels. The 24-year-old demanded United continue to improve under Ten Hag in the manager’s first campaign.

“We’ve tried to play our best football and I think the majority of the time that showed, but the real challenge is to do it when the season begins,” Rashford declared. “We’ve done a lot of work pre-season and other than not winning against Villa, it has been a positive trip without any injuries. 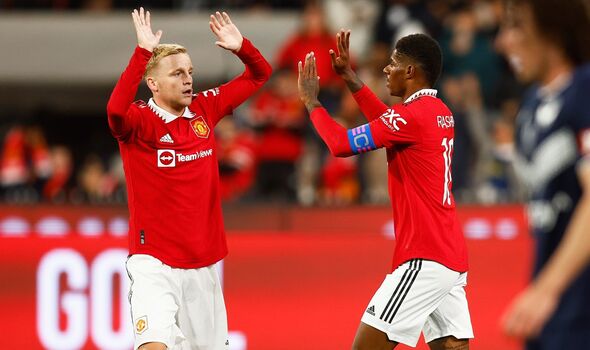 “I’m looking forward to the season and I feel like we’re ready to go from the first game. I want the same support from the fans. It’s up to us put a smile on their faces again after last season.

“I feel like we can do better, do more. Against Villa, we conceded a goal on a counter attack. There’s work to do there. He [Ten Hag] wants the forward players to link up and it has been a good start under the new manager and we have to look to build on that. We have to keep improving.”