Manchester United fans have invaded the pitch at Old Trafford as the mass protest against the Glazer family’s ownership of the club spilled into chaotic scenes on Sunday.

Thousands of fans turned up at the stadium several hours before kick-off against fierce rivals Liverpool in the Premier League in order to voice their fury at the club’s ownership, in the wake of the disastrous European Super League project – in which the Glazers played a key role.

Earlier, United’s bus was left stuck outside the Lowry Hotel in Salford after fans blocked the roads around the building, stopping it from departing for Old Trafford.

Follow all the latest updates from Old Trafford below.

More info from The Athletic’s Laurie Whitwell on Twitter:

We are fewer than 90 minutes from the scheduled kick-off between Man United and Liverpool in the Premier League.

A reminder that Man City will be crowned Premier League champions today *if* the game goes ahead and Liverpool beat second-placed United.

City being confirmed as champions today looks seemingly increasingly unlikely. So does the prospect of the game at Old Trafford going ahead as planned.

Per Laurie Whitwell of The Athletic:

“A meeting is currently taking place to discuss the extraordinary events at Old Trafford. #MUFC staff establishing whether any Covid bubble breach given fan invasion.”

Having entered the tunnels and taken to the pitch, United supporters were in what Premier League clubs have labelled as prohibited ‘red zones’ amid the coronavirus pandemic.

You would, therefore, think a breach has surely been committed. The Premier League’s stance at the moment, however, is that there has been no violation of Covid-19 protocols, as fans did not enter the Old Trafford changing rooms.

The clip below – from AP correspondent Rob Harris – shows the scenes outside Old Trafford. Thousands of fans are present to protest the club’s ownership by the Glazer family.

This all comes in the wake of Man United’s involvement in the collapsed, breakaway European Super League.

Kick-off between Man United and Liverpool at Old Trafford is 90 minutes away – assuming the match goes ahead.

The Independent understands that the Premier League has said there has been no coronavirus protocol breach, as fans did not enter the changing rooms at Old Trafford. As such, United vs Liverpool is currently going to go ahead as scheduled.

Per footage from Sky Sports, there were hundreds of Manchester United supporters on the pitch at Old Trafford.

They seem to have now been steered back out of the stadium but remain outside the ground, with many carrying signs in protest of the Glazer family’s ownership of United.

There seems to have been some progress for United’s team bus, which has been stuck outside the Lowry Hotel in Salford.

Manchester United supporters have prevented the club’s team bus from leaving the Lowry Hotel in Salford.

There are fewer than two hours remaining until United are scheduled to take on Liverpool at Old Trafford in the Premier League.

The following clip comes via the Red Issue on Twitter.

Our Northern Football Correspondent, Mark Critchley, is also on hand with the latest information, which we’ll provide here as we have it.

Stick with us on this page for all the latest updates in real-time. 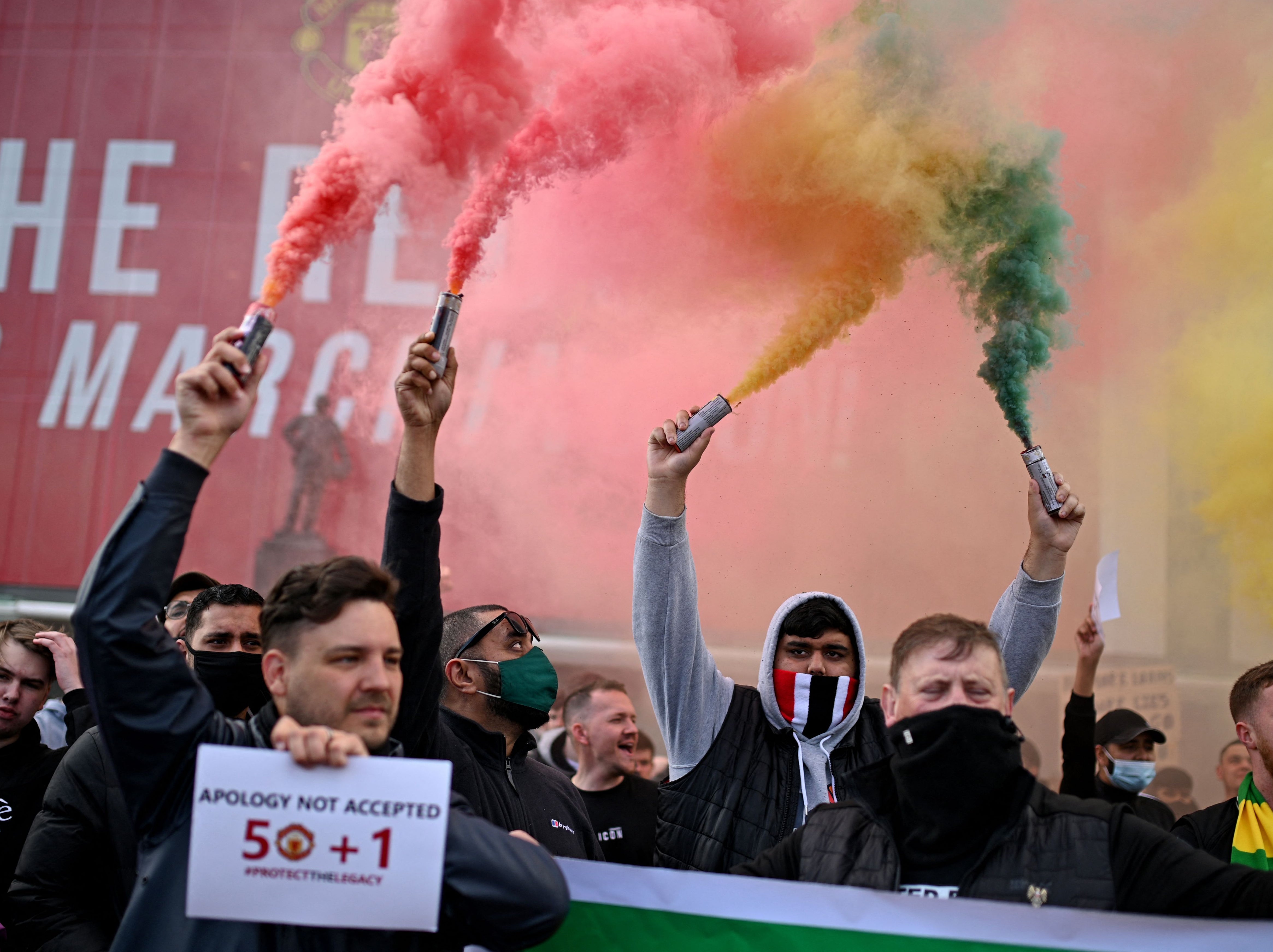