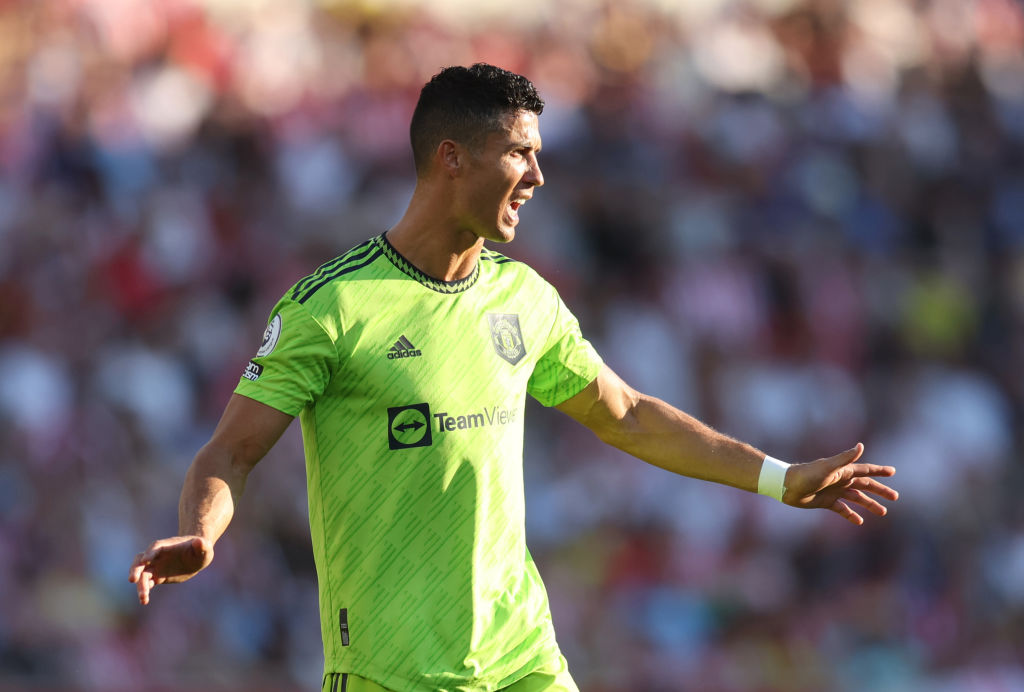 Manchester United have confirmed that they are not planning to terminate Cristiano Ronaldo’s contract, sticking to their guns over their wantaway striker.

The 37-year-old has been pushing for a move away from Old Trafford all summer as he wants to play Champions League football and the Red Devils cannot offer him that this season.

Given the start they have made to the campaign, it does not look likely that they can offer it next season either, after back-to-back defeats to Brighton and Brentford.

Ronaldo was visibly frustrated during and after the 4-0 mauling at the hands of the Bees on Saturday and reports suggested that United were considering terminating his contract and allowing him to leave due to his attitude.

The Portuguese legend has a year to run on his current deal with the Red Devils but would like to get out of the club 12 months early.

However, the club confirmed through a spokesperson that they have no intention of terminating Ronaldo’s contract, saying: ‘There is no change in the club’s position.’

It has been a shocking start to the season for United and the uncertainty over Ronaldo is not helping matters, although manager Erik ten Hag insists he is planning for the campaign ahead with his star striker and is not so sure that he even wants to leave.

Ten Hag was asked what it was like to manage a player like Ronaldo who wants to leave the club on Friday ahead of Saturday’s trip to Brentford, and said: ‘That is your assumption [that Ronaldo wishes to depart].

‘That is not what he is telling me. So I deal with the players we have and we plan with him for this season and we have to fit him into the team so he has to come at the right fitness levels so that he can do the job that we expect him to do.’