Manchester United and Villarreal supporters have touched down in Gdansk as thousands of lucky match-going fans descend on the Polish city ahead of tonight’s Europa League final.

Both sets of fans drenched in their club’s colours smiled and posed for pictures as they left the plane and made their way to the arrivals lounge at Gdansk airport on Wednesday morning.

United fans waved their red, black and white scarves on the tarmac after leaving the airbus while others continued to show opposition against the Glazer family, proudly showing off their green and gold ‘Glazer Out’ scarfs outside the airport terminal. 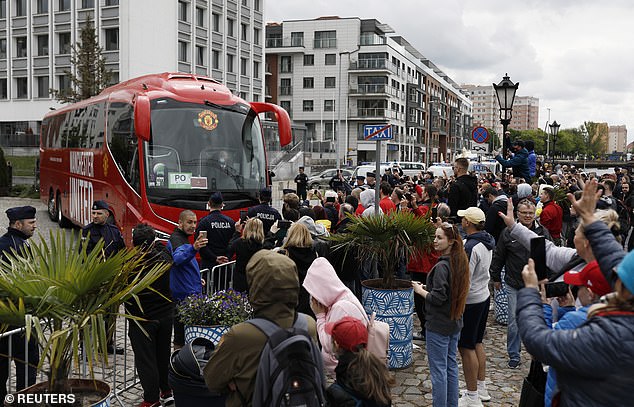 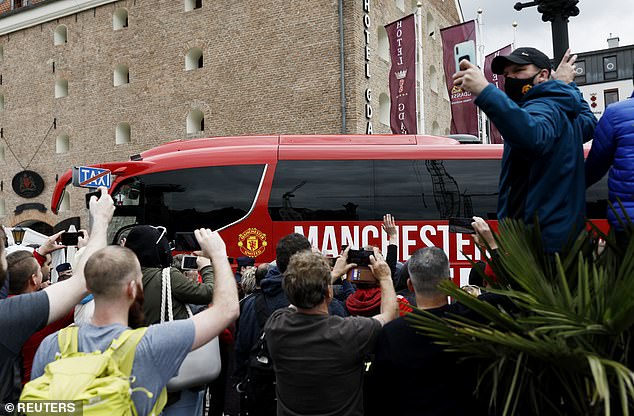 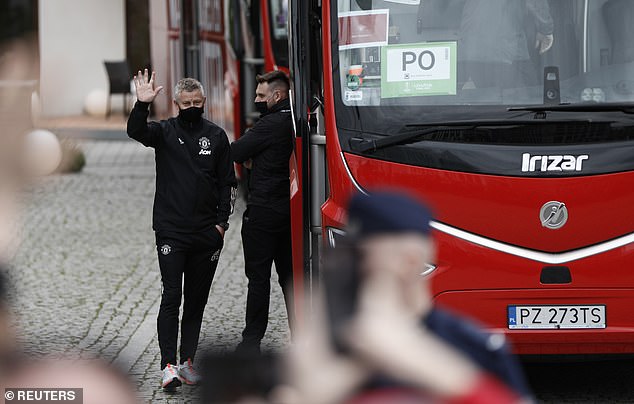 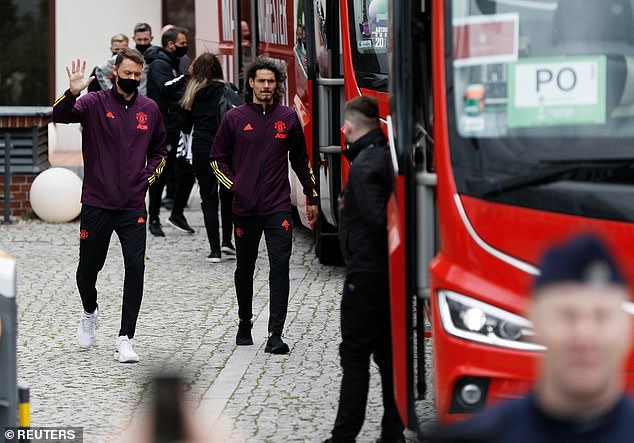 Villarreal fans were equally in high spirits, with tonight’s game not only providing them with the chance of winning their first piece of European silverware in their first ever major European final, but will also provide them with Champions League football next season if they manage a win over Ole Gunnar Solskjaer’s side.

After making their way 10-mile journey into the city centre, United fans congregated outside the hotel where the United players were staying, where they waved off Solskjaer and Co ahead of the final.

The Norwegian boss acknowledged the United contingent with a wave as he boarded the team coach, which set off for the stadium shortly after. 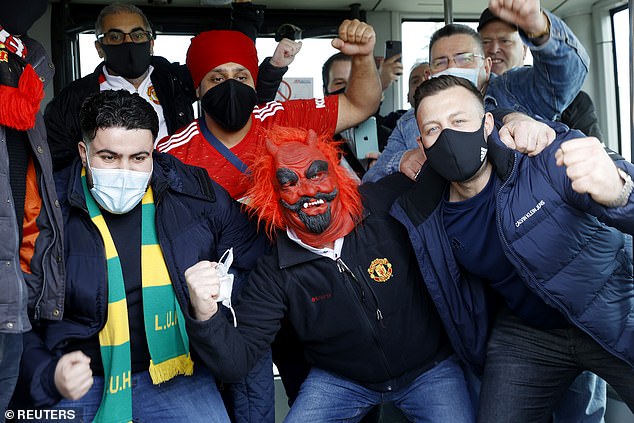 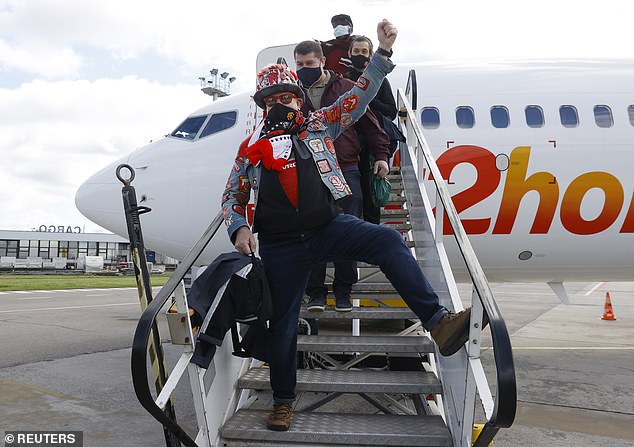 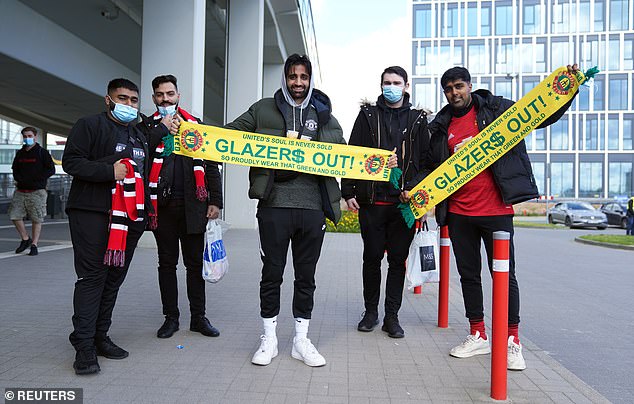 Fans showed their support for the team and opposition against the club’s owners, the Glazers

United and Villarreal have both been allocated 2,000 tickets each for tonight’s European showpiece at the the Stadion Miejski, with a total of 9,500 spectators to attend the game.

Former United icon and Derby manager Wayne Rooney is understood to be among the large contingent of fans flying out for the clash.

It’s also understood a further 500 tickets have been purchased by United fans living in Poland. 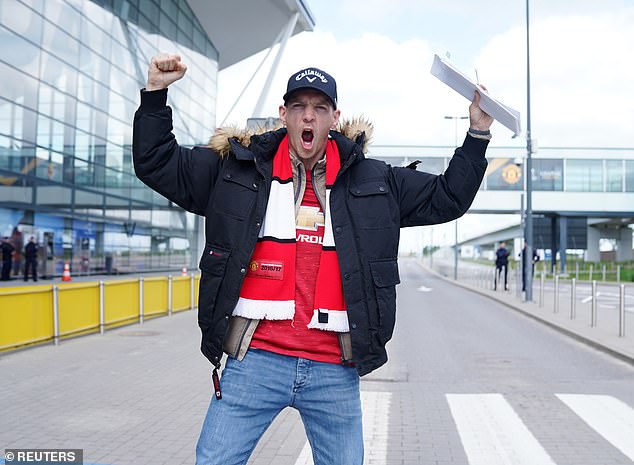 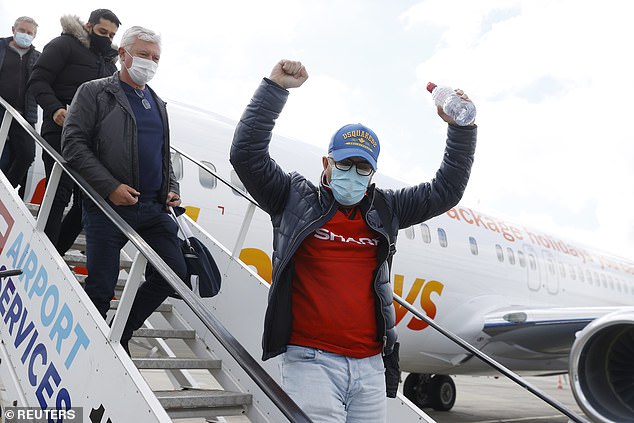 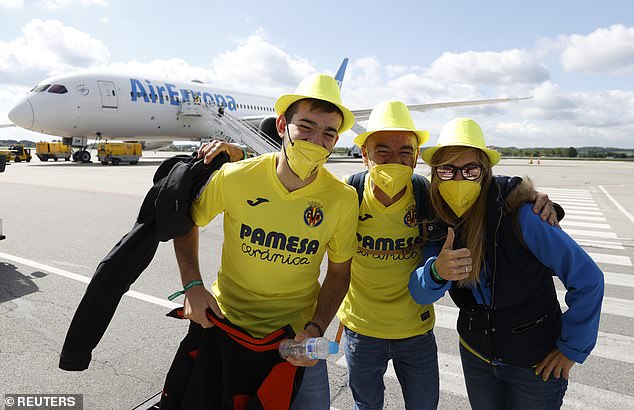 Along with the United supporters, 2,000 Villarreal fans have made the trip to Gdansk 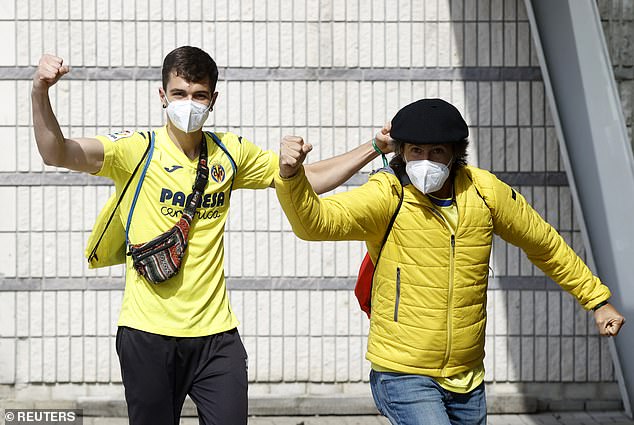 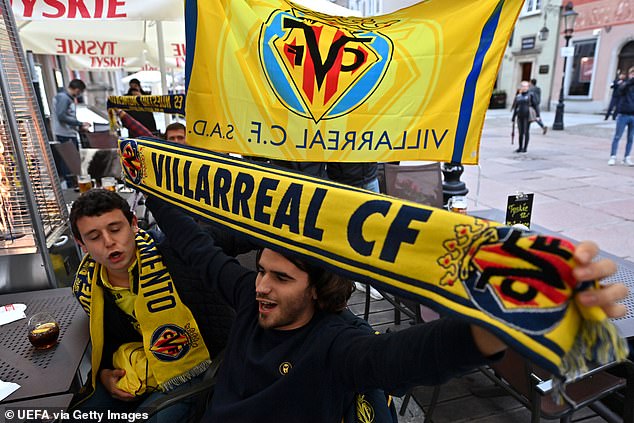 The atmosphere in the Polish city is building, with fans descending on its bars before kick-off

While it was all smiles for those touching down on Wednesday morning, their arrival came less than 12 hours after three United fans were targeted in an unprovoked by Lechia Gdansk supporters in the Polish city the night before.

United confirmed that they are helping the victims of the unprovoked incident at a city centre bar including the three who suffered minor injuries.

Video on social media showed a mob of Lechia fans dressed in black attacking the outside seating area of the Fahrenheit Club and Restaurant late on Tuesday night. 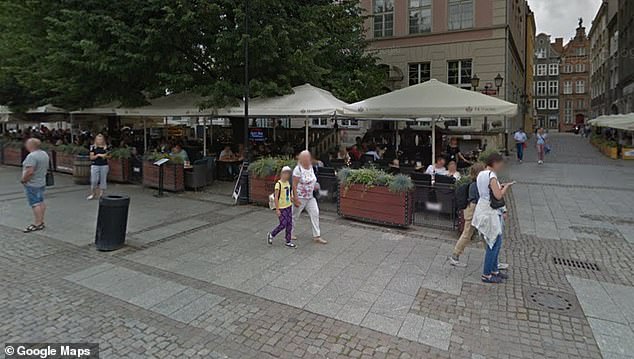 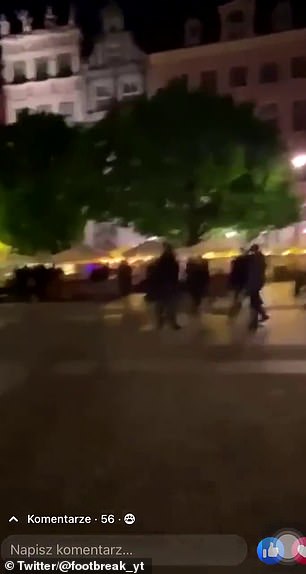 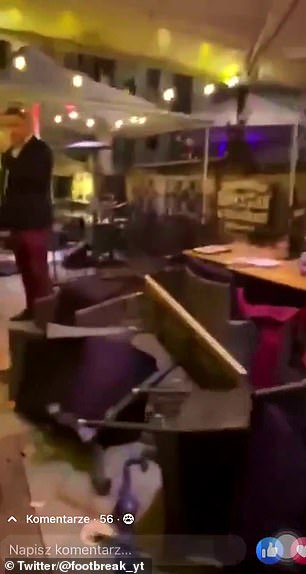 Earlier footage had shown United fans chanting and drinking in the venue ahead of Solskjaer’s first ever final as a United manager.

United issued a statement saying: ‘Club staff were assisting a number of United fans in Gdansk last night and today after an incident where some of our supporters were attacked outside a bar in the city.’