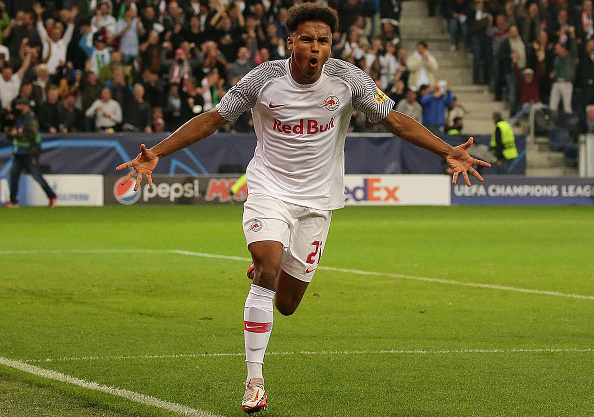 The agent of RB Salzburg striker Karim Adeyemi has confirmed that Manchester United failed with a last-ditch £33million bid to sign the forward.

The 20-year-old has struck 23 goals in 42 goals for Salzburg this term, earning him a call-up to the German national side.

Erik ten Hag is keen on signing at least one forward this summer, with Edison Cavani set to leave on a free transfer and Anthony Martial available for transfer. There is also significant doubt over Mason Greenwood’s future at the club.

Ralf Rangnick has been working with the board to decide on targets for next season, which the club will present to Ten Hag to sign off.

The German’s deep knowledge of the Red Bull franchise means he was already well aware of Adeyemi’s potential and he recommended the striker to the board.

However, Adeyemi’s agent has confirmed that United’s offer came too late as the forward has already agreed to join Dortmund.

‘There will be no release clause included into his five year deal”.

‘Rangnick? Yes, Manchester United wanted to enter the race – but we wanted Dortmund.’

Ten Hag wants to sign at least one striker but other than in goal, there’s not an area that the Dutchman isn’t keen to strengthen.

The most pressing area is central midfield, where United will lose Nemanja Matic and Paul Pogba on free transfers at the end of the season.