‘He look like something out of a film’: Manchester City fans love Erling Haaland’s new look… as Norwegian striker swaps his ponytail for braids over Halloween

Haaland appeared in City’s Halloween clip where England midfielder Kalvin Phillips was trying to scare his team-mates as they arrived for training.

The 22-year-old Norwegian, however, looked unsurprised as former Leeds star Phillips chased him down the corridor while wearing a scary mask. 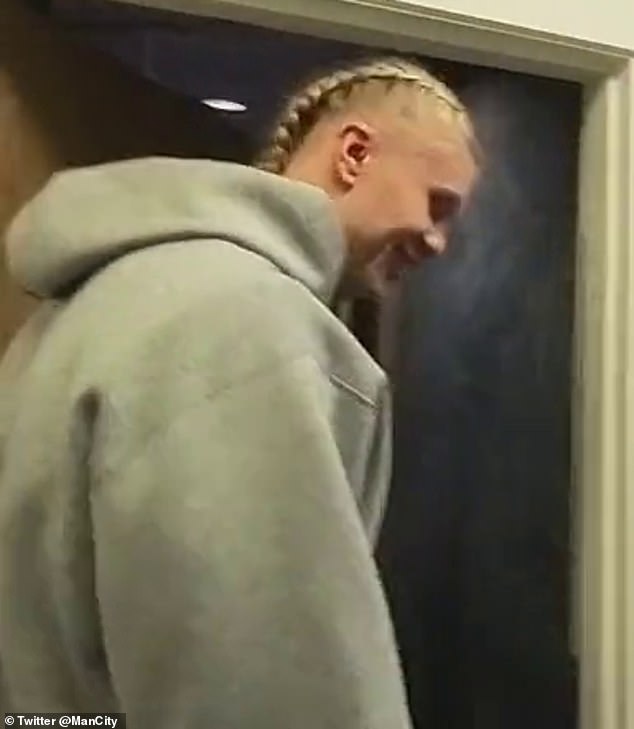 Man City fans are loving Erling Haaland’s new hairstyle, after he was spotted with braids 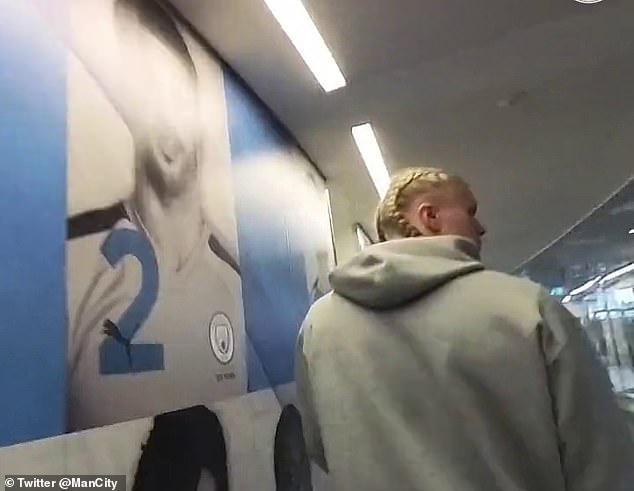 Fans, however, didn’t appear too fussed about the video and were instead loving Haaland’s new look.

Haaland, who has scored 22 goals in all competitions so far this season, appeared to have two long braids as opposed to his usual slicked-back ponytail.

One fan reacted by saying: ‘@ErlingHaaland, Keep the Hair, Pleaseee.’ 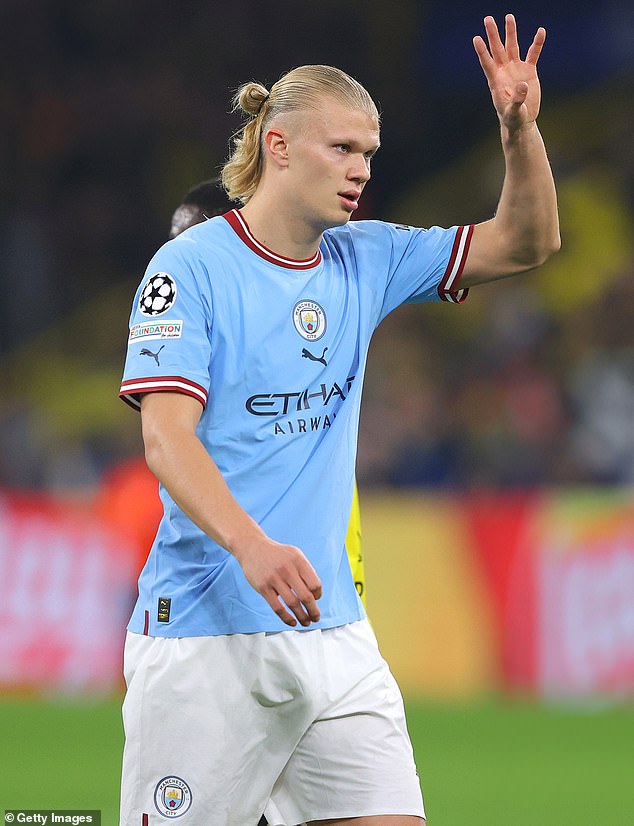 A second fan fully agreed, posting: ‘Haaland should wear his hair in braids like that more often.’

Haaland has not only been captured wearing the two long braids, he was also seen wearing Viking clothes with a different version of his new look at what appeared to be a Halloween party.

One supporter posted: ‘Haaland Viking hair is brazy Wtf he needs to run a match with this. 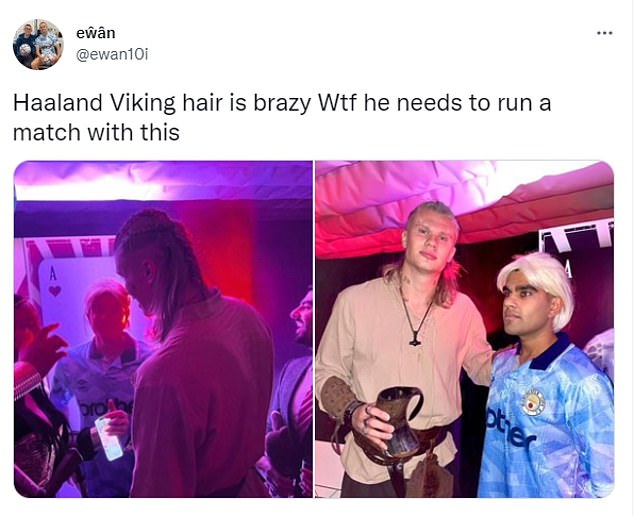 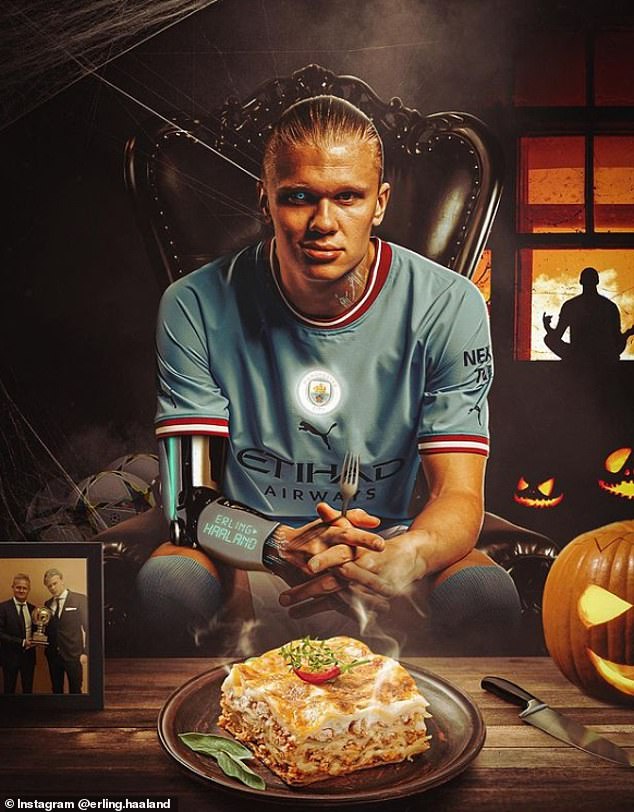 The striker missed Manchester City’s 1-0 victory over Leicester City on the weekend through injury after being taken on in their Champions League clash against his former club Borussia Dortmund last week.

The striker is expected to miss out on the mid-week clash with Sevilla as well, but will be hopeful that he can return in time for their next Premier League fixture.