Man Utd: How close was deal for Haaland?

Manchester United were once again forced to rely on Bruno Fernandes as they beat Real Sociedad in Turin on Thursday night. Fernandes struck the opening two goals of the game in the Europa League clash before setting the stage for Marcus Rashford to add a third and for Daniel James to score late.

United boss Ole Gunnar Solskjaer has the biggest transfer window of his managerial career ahead of him this summer.

The Norwegian boss faces an impossible scenario, either selling Paul Pogba or extending his contract.

The Frenchman had an extra year extension triggered in his contract meaning he will stay until 2022 at the very latest.

But at the moment, there is no expectation that he will sign a new deal any time soon, giving Solskjaer a serious headache. 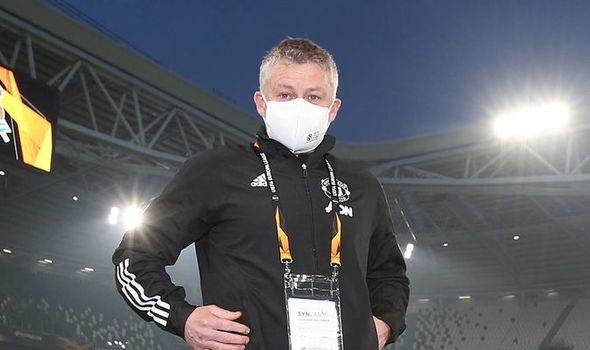 Should he refuse to sign, United face the prospect of losing their record signing for nothing in just over a year’s time.

That scenario is unthinkable to many at Old Trafford, so the eventuality could be that he is sold this year in order to recoup some of the £89million they broke the transfer record to spend on him in 2016.

There are some within the United fanbase who would point to the goalscoring exploits of Fernandes as proof that they could probably get by without Pogba.

And the Portuguese did little to dampen that argument on Thursday night as he scored twice in United’s 2-0 win over Sociedad in Turin.

Fernandes scored the first goal of the game with a tap-in to set the tone for what would be a routine win.

His second, which came on the counter-attack, was a beautifully-taken goal after some nice build-up play.

After his two goals, Sociedad were forced to go all-out to try and salvage something, leaving themselves open at the back for Marcus Rashford to waltz through and slot home for a third.

With Sociedad desperate to get something from the match they again threw men forward and allowed for James to sprint down on goal and fire in a fourth.

With that being said, it would be tough to argue that United need any more help in the middle of the park. 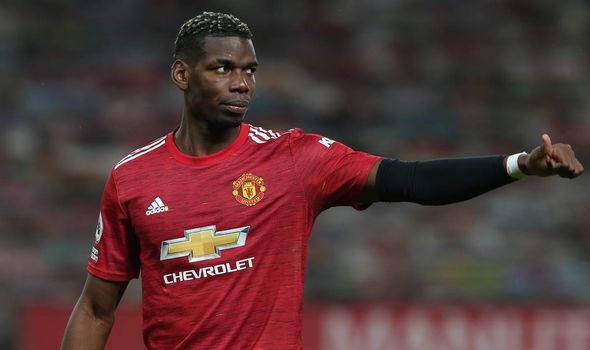 However, what happens when Fernandes goes through a dry spell? What happens if he picks up an injury akin to Pogba’s ankle injury which kept him out of the majority of last season?

These are questions Solskjaer and Ed Woodward will ask themselves when deciding whether to fork out for a new deal for Pogba.

Against Sociedad, Fernandes played his 36th match of the season across all competitions. He played all-but one of their Champions League group games and has scarcely seen the bench in the Premier League, being named as a substitute just once.

Expecting Fernandes to be able to continue playing every game with an attitude as ferocious as his would be unrealistic of any manager, and Solskjaer cannot afford to ask too much of the midfielder. 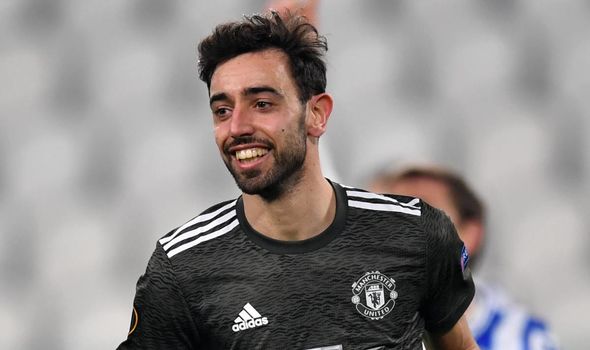 Pogba, meanwhile, has already proved he can fill the void left by Fernandes whenever required, as his form in recent games proved.

Before his thigh injury, Pogba had played a starring role in the middle of the park for United with two goals and an assist in four games during January.

Keeping him at the club would help United push towards closing the gap on Manchester City next season – considering Pep Guardiola’s side are looking like running away with the title this year.

Relying on Fernandes’ individual genius is alright for the timebeing, and is clearly working as evidenced by their win over Sociedad.

But the doubt still lingers over what happens if he suffers an injury or goes off the boil for a brief spell.

Such a magical footballer cannot be expected to pull a rabbit out of the hat and dig them out of every adverse situation they may find themselves in.

Having Pogba in the side is an insurance policy few teams in the world can afford their star players, and is a necessity going into the summer.

Solskjaer and Woodward need to be smart this summer, and must understand what they have to do in order to compete.