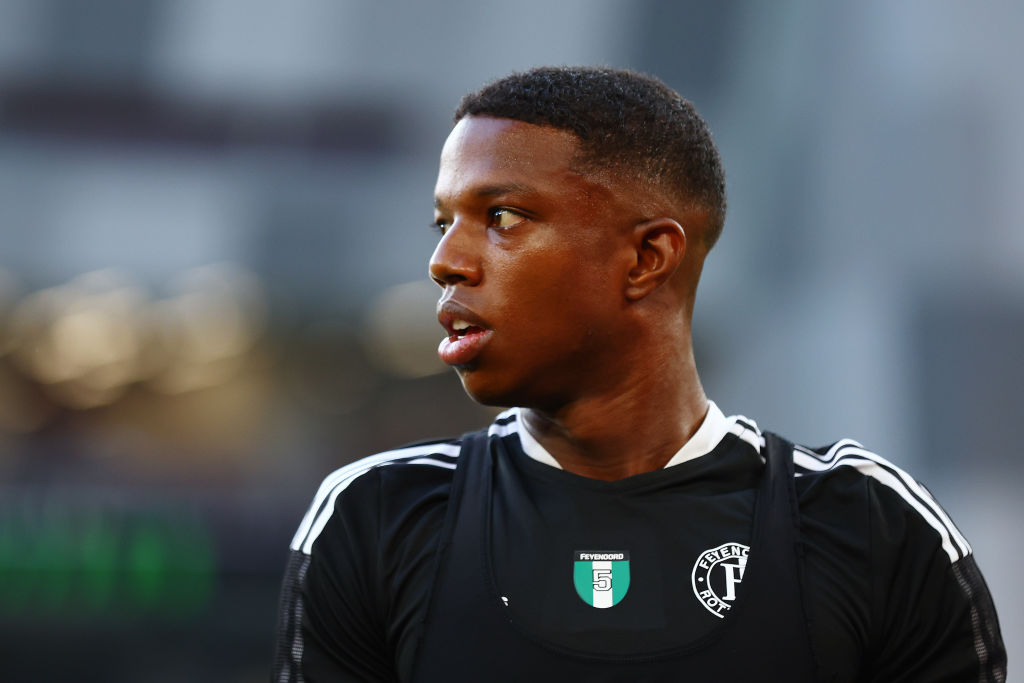 Tyrell Malacia has decided to switch agents midway through his proposed transfer to Manchester United, thus complicating the move.

The Red Devils have already agreed a £13million fee to sign the left-back from Eredivisie side Feyenoord, but the transfer has hit a stumbling block.

Malacia has been represented by HCM Sports Management, but the Daily Mail report that the player does not want HCM to carry out the deal, which is proving to be an obstacle.

The agency also represents Frenkie de Jong, which has created an element of concern that the move for the Ajax star could be complicated by Malacia’s decision.

De Jong is new United boss Erik ten Hag’s priority target for the summer, having coached the midfielder at Ajax.

Ten Hag is attempting to turn the club’s fortunes around after recording their worst ever tally in a Premier League season in the 2021/22 campaign.

Although they can only offer Europa League football for next season, United are thought to be close to agreeing a deal worth up to £70m for De Jong.

However, personal terms are yet to have been discussed with the Netherlands international.

The Red Devils have also been linked with a move for Youri Tielemans of Leicester City, but Arsenal have been credited with an interest too.

Speaking about his future last month, Tielemans was asked if he could leave Leicester this summer and replied: ‘That is not out of the question.

‘I feel very good at Leicester, I was welcomed with open arms from day one. I give everything for the club until the last day.

‘But of course you have to listen to other opportunities, you have to look at your career, and sometimes you have to make choices. Maybe one will come my way.’