Manchester United have officially unveiled Christian Eriksen as their second signing of the summer transfer window. And the 30-year-old midfielder has explained Erik ten Hag’s role in his decision to opt for a move to United amid mass competition for his signature.

Eriksen has signed a three-year deal with the Red Devils after a successful short loan stint back in the Premier League with Brentford last season. And he has now provided his first interview since his arrival, in which he addressed why he chose M16 as his next destination.

The Denmark international revealed Ten Hag was highly influential to his arrival after listening to the Dutchman’s ideas at Old Trafford. And he insisted he has joined the club to play football, suggesting he won’t be settling for a rotational role.

He said: “Very. I want to come here to play football. I don’t come here just for the logo itself; I want to come here and play. Obviously, to speak with the manager and hear his ideas and have conversations with him on the football terms was great and ideal for me to get the decision and the possibility of coming to Manchester United.”

JUST IN: Tottenham plan under Conte outlined with two club legends to return 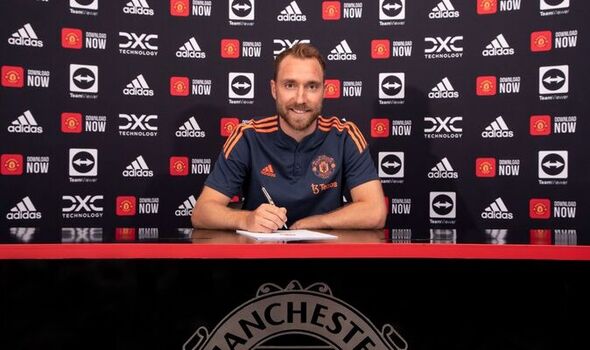 Eriksen started his professional career at Ajax before leaving in 2013 for Tottenham Hotspur, where he enjoyed a seven-year stint as one of the Premier League’s top playmakers. While he was in Amsterdam years before Ten Hag’s era, he is undoubtedly familiar with the club’s philosophy and traditional style of play.

And Eriksen added that he’s confident his style will match the United manager’s vision. “Yeah, I think my style of play hopefully fits in with his ideas, and hopefully, it’s something that will connect in a good and positive way,” Eriksen continued. “So, of course, his style of football, I think it suits me.” 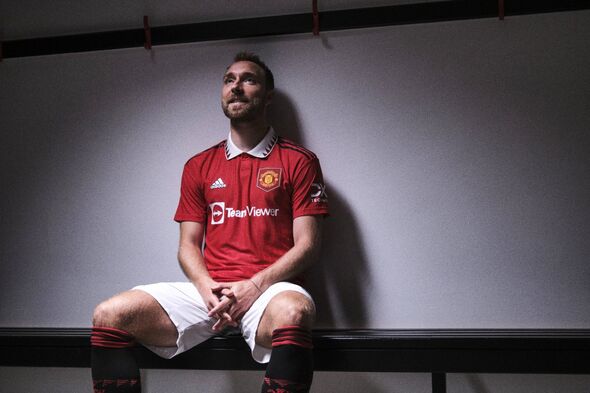