Crystal Palace boss Patrick Vieira has played down reports linking his club with a move for Manchester United defender Aaron Wan-Bissaka. The Eagles coach was speaking ahead of the Premier League’s opening fixture on Friday when his side faces Arsenal, and was questioned over a possible return to Selhurst Park for the full-back.

“The right hand side we already have a couple of players that have been doing well since I’ve been at the football club,” Vieira said when asked about the possibility of Wan-Bissaka returning to the club. The 24-year-old has been linked with a move away from Old Trafford as new boss Erik ten Hag seems to prefer Diogo Dalot at right-back due to his ability on the ball, and Palace have been mooted as a potential landing spot for Wan-Bissaka.

Transfer expert Fabrizio Romano previously claimed that United were “expecting offers” for Wan-Bissaka, and that there had been contact with Palace. “More recently, we’ve also seen some speculation involving Manchester United and the USA international, and my understanding is that they could be open to signing a new right-back at some point, but it will depend on Aaron Wan-Bissaka’s future,” Romano told CaughtOffside.

“At the moment Man United have not opened any talks for Dest. They are expecting offers for Wan-Bissaka – there had been contact with Crystal Palace but so far no official negotiations.”

JUST IN: Man Utd denied De Jong alternative who they were ‘keeping warm’ 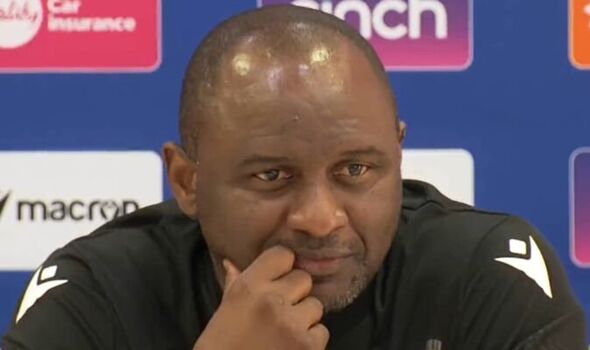 “We didn’t have the best of pre-season but we have been working well this week so we will see tomorrow,” Vieira added. “The game tomorrow will show where we are and which part of the game we need to improve. A good season will be improve on last season, better football, more competitive and that has to be the challenge for us and be more demanding.”

Vieira admitted that his side were “short on numbers” ahead of their clash with the Gunners, and did not enjoy the most positive pre-season as his squad were split and only half went on their tour. Obviously we are short on numbers but I believe we can be even more competitive than last year,” Vieira said, before heaping praise on Arsenal’s transfer business this summer. “They are in a better place than they were last season,” the former Gunner claimed. 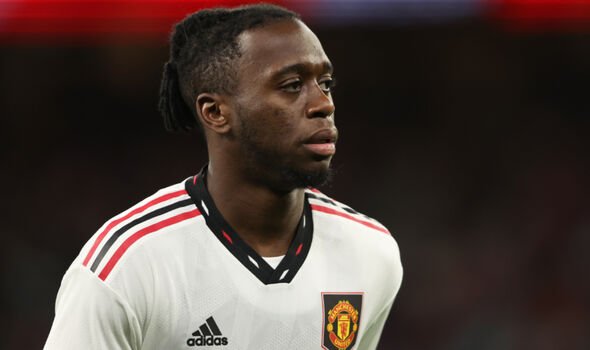 Their 26-man travelling squad to Singapore and Australia featured just 11 senior players and was made up mostly of players from the club’s academy.

Players including Wilfried Zaha, Christian Benteke, Marc Guehi, Eberechi Eze and Cheikhou Kouyate remained in south London for domestic training and warm-up games, with the club saying they were either not fit or did not meet entry requirements for Singapore or Australia. New signings Cheick Doucoure, who completed a £21million move from French club Lens, and Sam Johnstone also remained at the club’s training ground.

Vieira previously admitted that the split pre-season was not ideal. “Obviously as a manager, the best preparation would be to have all the players around,” Vieira said before his side’s 2-0 defeat to Liverpool last month.”