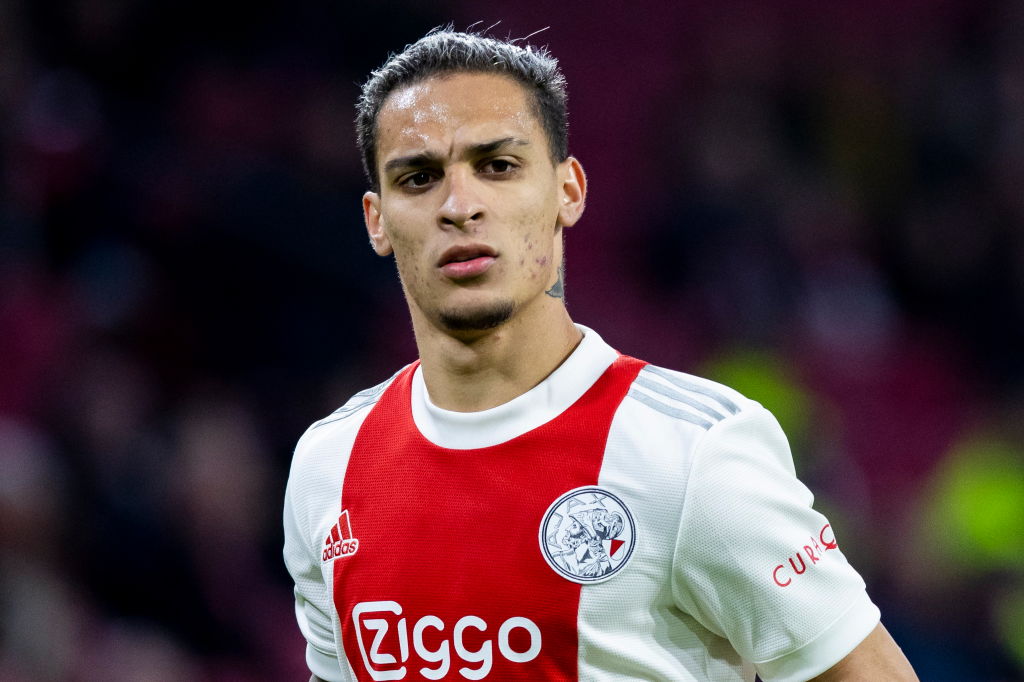 Manchester United have submitted a €45 million (£38.4m) offer for Ajax winger Antony, according to reports in Brazil.

The 22-year-old winger was one of Ajax’s star performers under Erik ten Hag last season with 12 goals and 10 assists in 33 matches.

Ten Hag worked with Anthony for two seasons at Ajax and the new United manager is keen to bring the winger to Old Trafford.

According to Brazil’s Jorge Nicola, Ten Hag has told United’s hierarchy that Antony is his first-choice target to strengthen his attack and the club have now submitted a €45m (£38.4m) bid to Ajax.

The Eredivisie champions have yet to respond to United’s offer but are expected to demand a higher fee, given Antony’s importance to the team.

Earlier this week, reports in Brazil also claimed that United are also in discussions with Antony’s representatives to gauge his interest in a move to Old Trafford.

In his video message to Ten Hag following his departure to United last month, Antony told his former manager: ‘I want to wish you all the best at your new club.

‘I also want to thank you for everything you taught me. I am thankful all the opportunities and learning every day.

‘Know that I will always stand with you if you need me.’

Speaking last month, Ten Hag acknowledged that Ajax would struggle to replace Antony if he is sold this summer.

‘If Antony were to go, it would be a loss for Ajax,’ Ten Hag said.

‘You have no-one in the current squad who can take over his position. He is top class.’