Paul Pogba believes that Manchester United already have what it takes to compete for the Premier League title next season. United are currently second, 10 points behind rivals Manchester City, with five games left to play this season.

City need just six more points to guarantee the title and could be crowned champions next weekend at the Etihad Stadium if they beat Crystal Palace on Saturday and Chelsea on May 8.

However, Pep Guardiola’s side could be assured of the trophy this weekend, if they overcome the Eagles tomorrow and United lose at Old Trafford to defending champions Liverpool.

City have been champions-elect for some time this season, having stormed to the top of the table months ago in a bid to win their sixth Premier League title.

Having already won the Carabao Cup, Guardiola’s side are in pursuit of a treble this season, with the Premier League and the Champions League still in progress.

City beat Paris Saint-Germain 2-1 in the first leg of the Champions League semi-final on Wednesday and will be confident of reaching their first final. 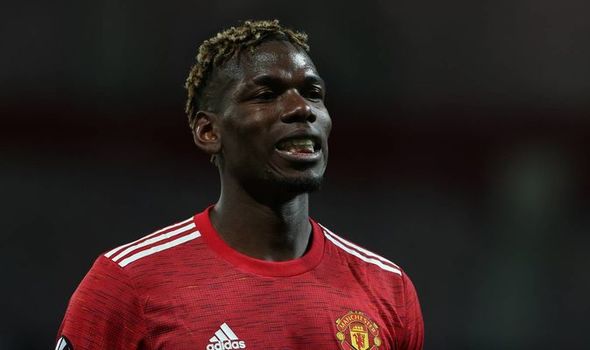 Meanwhile, United are still in contention for the Europa League trophy, having thrashed Roma 6-2 in the first leg of their semi-final on Thursday night.

If, as expected, Ole Gunnar Solskjaer’s side get through the second leg in Rome next week, then they will face either Arsenal or Villarreal in next month’s final in Gdansk.

Should they win the Europa League, it would be Solskjaer’s first trophy since taking over as United manager in December 2018.

Pogba believes that, although they remain some way behind City domestically, United have shown enough progress this season to suggest they can challenge their rivals for the title in 2021/22.

“We are getting closer and closer,” he told BBC’s Football Focus.

“We see that we were struggling a little bit, we know that, but we don’t have to look back. We have to look forward.

“What’s forward now is second [place], now we get closer to City, who were, before, to be honest way ahead of us.

“Now we show them that we can compete. We show that we are here and that we have a team to go and win the title. It’s just a few details. We can do it, for sure.

“Liverpool did it, City did it and now we’re there. We have to show that we can make it as well. That’s the next goal.”

Although City beat United 2-0 in the semi-final last month on their way to winning the Carabao Cup, Solskjaer’s side have shown they can compete with them recently.

Goals from Bruno Fernandes and Luke Shaw saw them win the last Premier League meeting 2-0 at the Etihad on March 7, while the sides drew 0-0 at Old Trafford in December.