Manchester United have refused to include Harry Maguire in part of a deal to sign Barcelona midfielder Frenkie de Jong this summer. Maguire looks set to feature in Erik ten Hag’s plans after Barcelona’s bold approach for the United captain during negotiations was rebuffed.

Ten Hag is keen to work with the 29-year-old centre-back after starting pre-season training at Carrington on Sunday, The Sun report. And Maguire is understood to be happy at Old Trafford, despite enduring a miserable 2021-22 campaign in which he was the club’s primary scapegoat.

There is seemingly a mutual feeling that he has something to prove this season, with United making it clear they were unwilling the part ways with their £80million man after Barcelona’s enquiry. It isn’t thought to have threatened De Jong talks, though, as the Red Devils edge ever-closer to the Netherlands international’s signature.

De Jong, Ten Hag’s priority target, is expected to complete a switch to Old Trafford in a straight £69m deal after negotiations progressed to an advanced stage over the weekend. The report claims the Dutchman hopes to reunite with his former Ajax star before United jet off for their pre-season tour of Thailand, Australia and Norway next month.

JUST IN: Liverpool have ‘confidence’ in Bellingham move after Man City hint 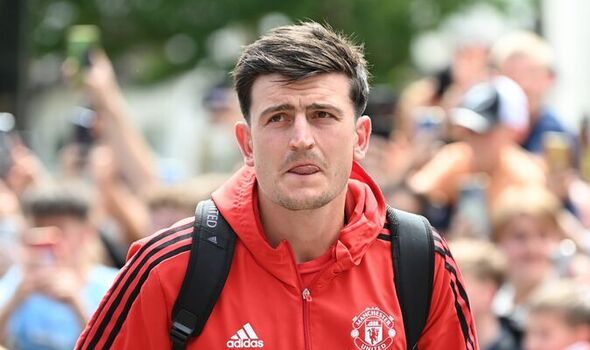 De Jong might not be the only midfielder walking through the arrival suite this summer after United also tabled a contract offer for soon-to-be free agent Christian Eriksen. The Danish playmaker is expected to provide a decision on his future soon as he debates moving to Manchester or staying in London, where his family are settled.

De Jong’s eventual capture should trigger a series of signings, with United planning the framework for other deals during focused talks for the 25-year-old. Ten Hag also wants a versatile forward, centre-back and a full-back – although the latter will likely depend on player sales. 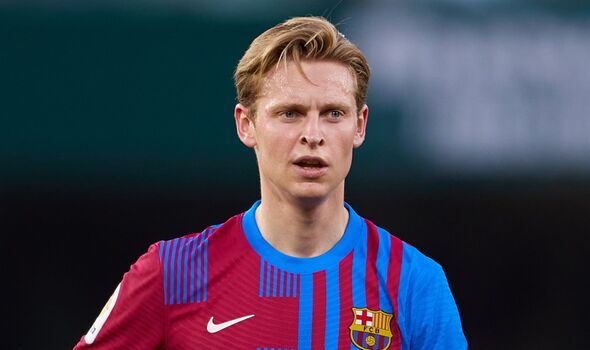 Maguire should be handed a chance to maintain his position as a starting centre-back alongside Raphael Varane. United are actively looking to offload Eric Bailly, Phil Jones and Axel Tuanzebe, naturally opening up a space for a new central defender to come in.

Ten Hag faces one of his biggest tasks in M16 to restore Maguire’s confidence and help the England international rediscover his best form. And United’s quick rejection of Barcelona’s interest – a clear show of faith – will have undoubtedly been a good start in doing so.