If Manchester United are to turn a new page under Erik ten Hag then they must truly trust him in the long-term. The Dutchman remains intent on adding players who are familiar to him and suit his style this summer, but it’s a “reactive” route the Red Devils have been down before and it has never ended well.

United are understood to have submitted a new-and-improved offer to Ajax for Lisandro Martinez, according to De Telegraaf, as Ten Hag continues to push to freshen up his current squad with players of Eredivisie experience. The Red Devils also remain locked in talks with Barcelona’s Frenkie de Jong while Martinez’ fellow Ajax team-mate Antony is another who has been linked.

Tyrell Malacia has joined from Feyenoord and ex-Ajax man Christian Eriksen is set to follow as the theme behind Ten Hag’s transfer tact is clear for all to see. But United’s new manager will no doubt be wary of what’s gone on at the club before him.

United have a recent history of backing managers in the transfer market, apparently in the long-term, only to chop and change when short-term success isn’t delivered. The club’s trigger-happy approach has seen new faces come and go in the dugout – and in the dressing room – at a rapid rate; the knock-on effect of each one’s transfer failures culminating in a struggling squad of stars. It’s a flawed approach which Gary Neville describes as “reactive”.

JUST IN: Tottenham have hinted they will make fresh transfer swoop to sign Alessandro Bastoni 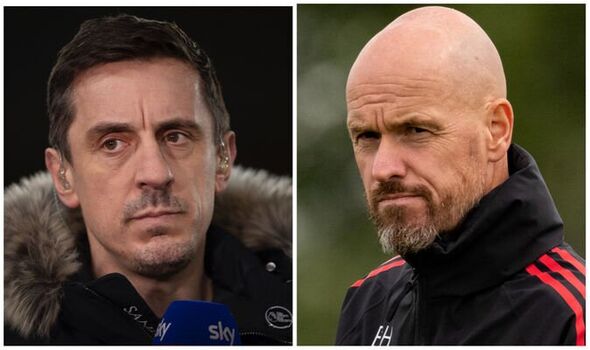 “The club seems to have changed tack in the transfer market this summer,” Neville optimistically, but ultimately incorrectly declared back in 2019. “I do think it’s welcome, it seems a longer-term strategy than being reactive.

“In the last few years, signings have come in and you think, ‘they’re being so reactive.’ Reacting to external forces, you’re thinking ‘there’s no plan here’. I go back to David Moyes and two transfers: Juan Mata and Marouane Fellaini. You can’t recruit those two players if you are recruiting to a style. You can’t.”

“Every time Pep Guardiola or Jurgen Klopp sign a player, you can say, ‘Yeah, I can see why he’s signed him.’ I couldn’t tell you what a Manchester United player was. I can tell you what a Van Gaal player was, or a Mourinho player was, but the club surely can’t recruit for Van Gaal, Mourinho and Ole Gunnar Solskjaer.

“They are completely different managers. It’s like doing your house up, and 12 months later you think, ‘f****** hell, I need to change it.’ You don’t do that, nobody does that. If you put a kitchen in your house, you dont’ rip the whole thing out and start again. At United, they are changing the kitchen every 12 months.”

In summary, United have been stuck in a broken cycle for far too long – a cycle which works as follows: appoint new manager, back him in the transfer market, subsequently sack him at the first sign of trouble. It’s a “reactive” approach United run the risk of repeating with Ten Hag. 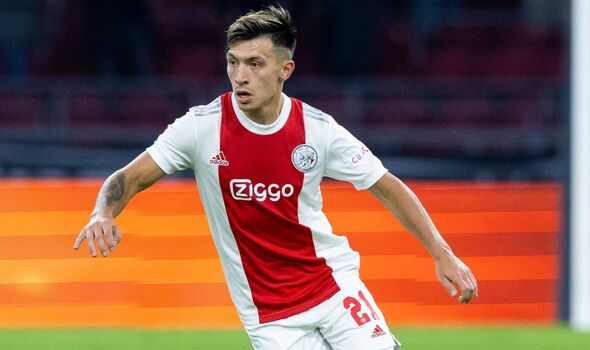 While the cycle must indeed be broken by someone at some point, the club must ultimately stick to their promise in order to achieve that. Ten Hag is the next name entrusted with returning the club to greatness, but there will invariably be bumps along the road.

It’s all very well backing Ten Hag to recruit the players he wants, but if United aren’t willing to support his ideas and a much-needed seismic philosophy shift over the next few seasons, they are wasting their time. If the Red Devils are to truly move forward, they must first look to the lessons of the past.