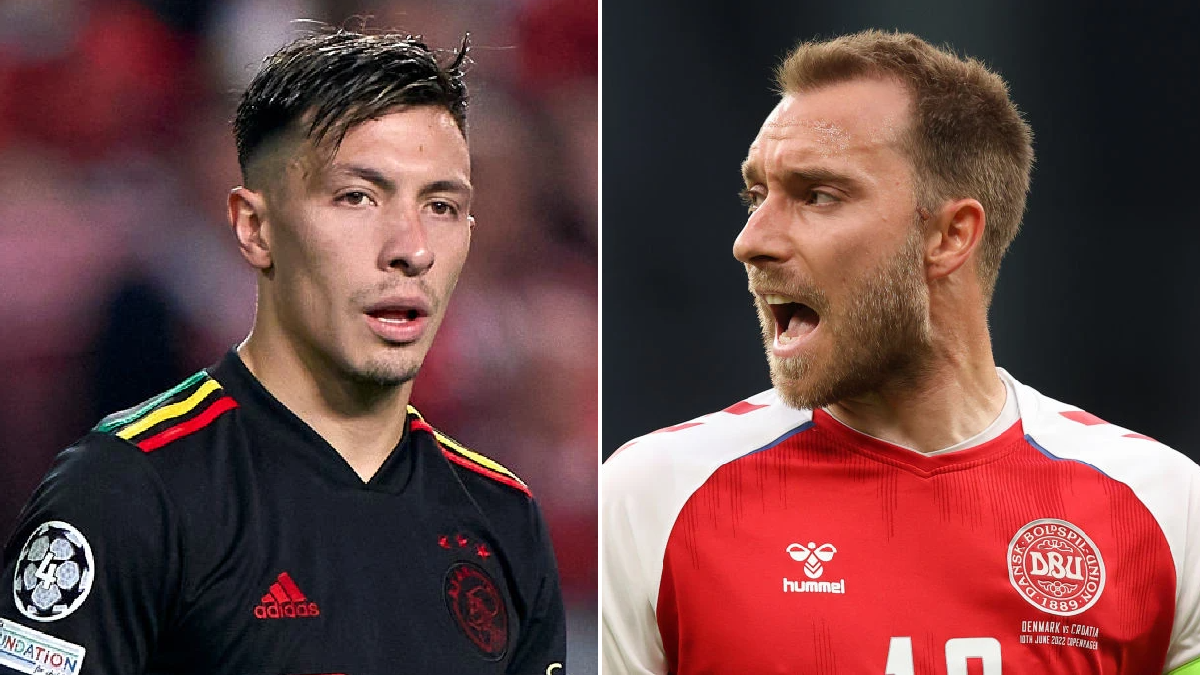 Manchester United are no longer planning to fly Lisandro Martinez out to Australia to join the rest of the squad on their pre-season tour with his transfer still yet to be officially rubberstamped.

The Red Devils finally agreed a £46million fee with Ajax on Thursday, bringing an end to weeks of negotiations after the Eredivisie champions had rejected two previous offers.

United had been hopeful that the deal would be made official in time for Martinez to join the squad in Australia, but that will no longer be the case with some paperwork still outstanding.

Instead, Martinez will report to Carrington once the deal is official where he will train alongside another new signing: Christian Eriksen.

United do not feel it makes sense to put the duo on a long-haul flight to Australia given that the rest of the squad will be leaving in just over a week’s time.

After that that they return to the UK, when Martinez and Eriksen will meet their new team-mates for the first time.

As a result, United fans’ first taste of the new signings in action will likely come in Norway on July 30 when the team take on Spanish giants Atletico Madrid.

A day later, United also play Rayo Vallecano at Old Trafford – with Ten Hag likely to field two different teams for the matches – before the Premier League kicks off a week later with United taking on Brighton.

On Friday afternoon, United confirmed the signing of free agent Eriksen on a three-year contract with the Dane becoming their second summer signing after Tyrell Malacia.

Martinez should follow imminently, with personal terms already agreed, but a deal for Barcelona midfielder Frenkie de Jong is proving rather more difficult.

Although United have finally agreed a fee with the Spanish side, the Netherlands international is happy and settled in Catalonia and refusing to move to Old Trafford.

Ten Hag could be forced to move on to an alternative target, having been linked with the likes of Ruben Neves and Youri Tielemans in the past, while he is still sweating over the future of Cristiano Ronaldo after the 37-year-old asked to leave the club.