Former Manchester United striker Dwight Yorke is in mourning after his older brother, Garth, was found dead on Tuesday morning. The 54-year-old was found by his other brother, Clint, in Tobago.

Police have said that Garth’s body showed no signs of violence and there are fears that the father of one decided to take his own life. The body has been examined by the district medical officer and is now awaiting a formal autopsy. Garth was a social worker in Tobago.

Although Garth’s family did not wish to talk to the media, neighbours have said that his death has left the local community stunned, with some describing Yorke’s brother as “quiet, helpful and jovial”. One neighbour added: “You never really know what people are going through. The area’s shocked.”

One senior police officer told Newsday, “It is always a sad time, and our sympathies go out to the Yorke family on behalf of the police service.” 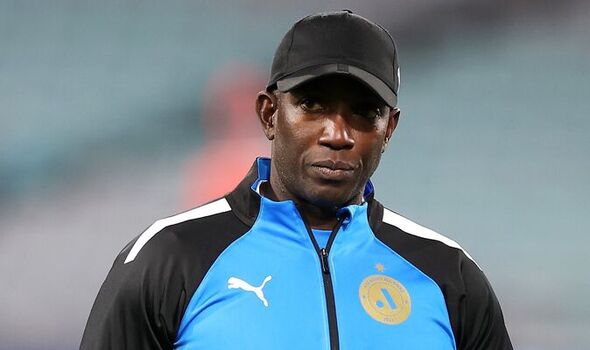 Yorke began his professional career at Aston Villa after he was spotted by Graham Taylor during a club tour of the West Indies. After being picked up by the Midlands outfit, Yorke went onto enjoy a glittering playing career with prolific spells at Manchester United and Blackburn Rovers.

After hanging up his boots, Yorke moved into coaching and recently bagged his first senior management job when he was appointed head coach of Australian A-League team Macarthur FC.

The 50-year-old, who had a brief stint playing in Australia earlier in his career, took on the top job at Macarthur back at the start of July.