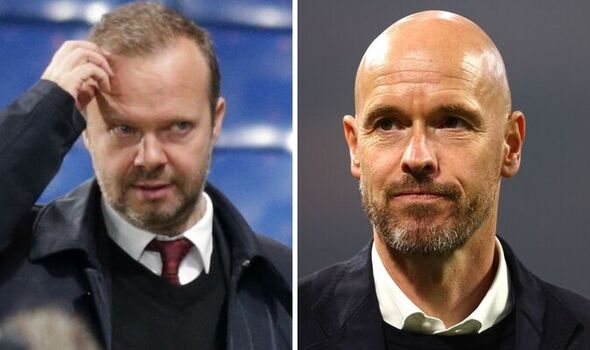 Manchester United have reportedly moved away from the ‘one-at-a-time’ transfer strategy Ed Woodward would use in the market heading into the summer window. With just one game remaining in what has been a disastrous season for United, all attention now is quickly switching to the transfer window.

Reports of Frenkie de Jong joining United have moved quickly this past week as the club step up their plans for the summer. Erik ten Hag will soon arrive as their new permanent manager and he faces an extremely busy first transfer window.

While signings are needed, there are also several players being linked with moves away as United look to start afresh again. Director of football John Murtough will play a key role in negotiations this summer after Matt Judge ‘resigned’, who Louis van Gaal described as Ed Woodward’s ‘right hand’ man.

Woodward’s departure earlier in the season also signalled a change in structure at board level. Under the former executive vice-chairman, United were often criticised for their transfer activity.

According to the Manchester Evening News, both Woodward and Judge favoured going for one transfer at a time in the market. But, given the huge task at hand this summer, United are said to be ‘more proactive with prospective deals’, suggesting they’re spinning several plates at once.

De Jong signifies the calibre of player United are looking to sign this summer, but whether they’re able to get their top targets remains to be seen. United may not even be competing in the major Thursday European competition next season.

If West Ham win their game in hand, they will climb above United into the final Europa League spot. Much of United’s transfer activity could depend on how they’re able to convince the top players to join heading into a season potentially in the Europa Conference League.

Tottenham found out the hard way last summer in trying to lure top targets to the club after they could only qualify for the lesser European competition. A lot will also depend on Ten Hag when he eventually arrives and whether his targets align with what the United board wants.

Reports have indicated that United will look to sign at least two central midfielders, a striker and more defensive recruits. But Ten Hag may well be working with a limited budget, unless United are able to offload a number of fringe players to raise funds.