Barcelona president Joan Laporta has conceded that there is a ‘strong possibility’ that Manchester United target Frenkie de Jong remains at the club. The Red Devils have chased the midfielder all summer but have hit several stumbling blocks.

Wide-ranging reports suggest that De Jong is owed around £14-17million in deferred wages. It is also unclear whether the 25-year-old is open to a move to Old Trafford.

Cash-strapped Barca want De Jong to stay and are attempting to renegotiate his salary to keep him. Several Los Blaugrana stars have accepted a lower wage to help the club ease their financial issues, including Ousmane Dembele who just signed a new long-term contract on a reduced pay-packet.

But United remain intent on signing De Jong having made him their top target. New boss Erik ten Hag believes the former Ajax star can transform his midfield. 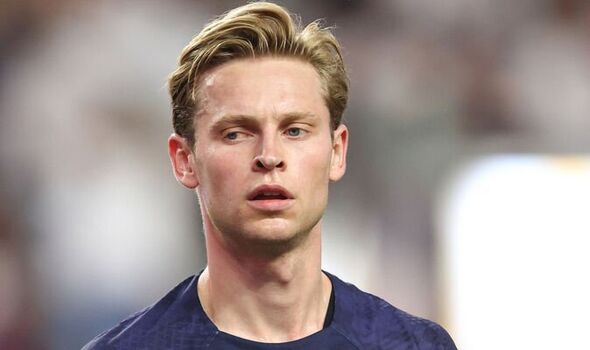 Despite being in a far better financial position than last year, Barca still need to balance their books. Several players have accepted a wage reduction over the last 12 months. 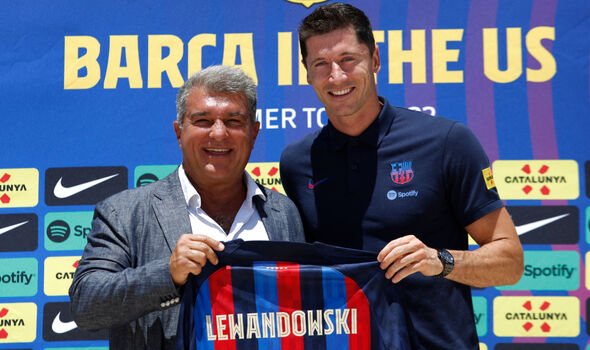 And Laporta hopes De Jong will join them in reducing his £165,000 per week salary and decide to stay at the Nou Camp. He continued: “All we are doing with Frenkie is the same as the rest of the squad. The signings coming in have adjusted their salary to the new structure. But Frenkie has a contract and we respect that. We can’t force him to take a pay cut. It’s his decision.

“We are trying to manage the football club in a prudent and sustainable way. So we have to have these talks and we do so in a calm and considered way. We have explained the situation and are grateful to any players who can help us.

“It was the same with [Ousmane] Dembele and I am very grateful to him. And after months of talks, he accepted a renegotiation of his salary and he can be proud of his decision.”