Ten Hag: Martial can shine for Man Utd if he has the right focus

Manchester United boss Erik ten Hag may be the manager to finally ensure Anthony Martial reaches his potential, according to former England winger Trevor Sinclair. Martial has hit the ground running in pre-season and Sinclair can now see him living up to his ‘new Thierry Henry’ name tag.

The France star was likened to Arsenal legend Henry upon his arrival at United in 2015. However, he has not been able to live up to the billing so far.

But, at 26, he could now be heading into his peak years. Martial spent the second half of last season on loan at Spanish club Sevilla.

But he is back with United ahead of the new campaign and has scored a goal in each of their pre-season friendlies to date. United are currently without Cristiano Ronaldo due to personal issues but the Portugal superstar also wants to leave the club in this window. 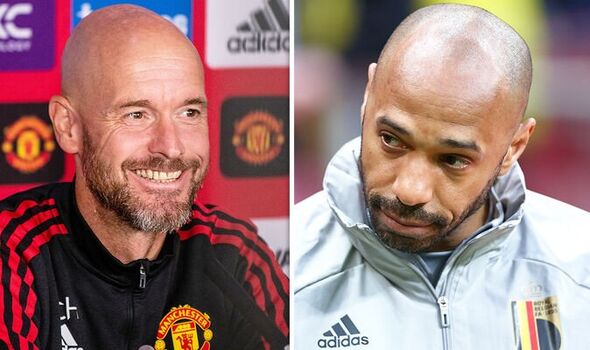 Sinclair has been impressed with what he has seen from Martial and reckons he could become the main forward for Ten Hag. He said on talkSPORT: “He’s done well, Tony. Been impressed with him pre-season, scored some good goals.

“He looked fit before pre-season started, looked like he hit the ground running, looked like he had a smile on his face.  New manager comes in, wipes the slate clean, he’s got a great opportunity.

“Why would you want to leave Manchester United if they’re on their way back and you can be their main No.9? I think that’s what Erik ten Hag said, ‘if you start well and start giving us what I want you to give us… and I’ve shown you in training what I want’, he’s started scoring goals.

“Remember when he came in with the fanfare, ‘the new Thierry Henry’. He’s a good finisher, he’s strong in possession, I think he’s quick. 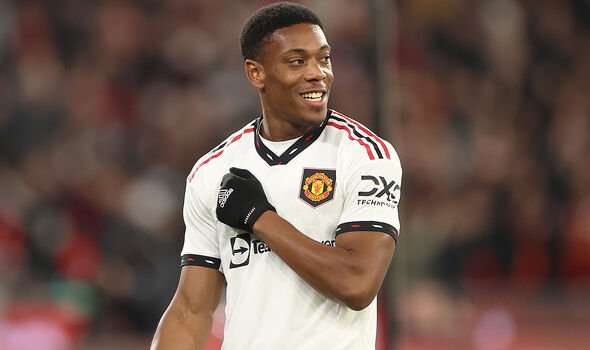 “So he has got everything that you need but it’s just not happened under the managers previously at Manchester United. But Ten Hag could be the one.

“Simplify it, back to goal, play the way you’re facing, get in the office. It’s as simple as that.”

Speaking earlier this month, Ten Hag insisted there was more to come from Martial. He said: “I’m sure he can come back even better.