Manchester United manager Erik ten Hag has slammed Cristiano Ronaldo and other first-teamers for ‘unacceptable’ behaviour during Sunday’s final pre-season game against Rayo Vallecano. Ronaldo was spotted leaving Old Trafford mid-way through the contest after playing the first half, seemingly without his manager’s permission.

The 37-year-old striker made his first appearance under Ten Hag as United hosted Rayo one week from their Premier League opener against Brighton & Hove Albion. He had missed the club’s pre-season tour of Thailand and Australia, citing family reasons, amid his desire to leave for Champions League football this summer.

Ronaldo’s first-half display was nothing to shout about, and Ten Hag’s previous comments, stating he was weeks behind his teammates regarding fitness and match sharpness, rang true. But headlines after full-time were dominated by his decision to leave the stadium while the game was still playing, leaving many to question his commitment to the club.

And ahead of the Brighton clash this weekend, Ten Hag has slammed Ronaldo and other first-team stars who decided to leave early rather than stay behind for a post-match debrief. He told Viaplay: “There were more who did this. Absolutely not [I didn’t accept it]. This is unacceptable. I tell them this, that’s unacceptable. We are a team. We are a squad. You have to stay until the end.” 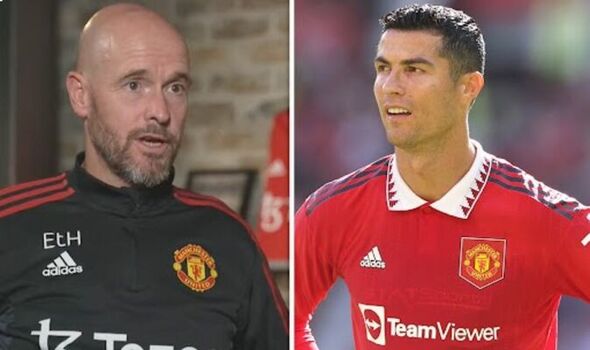