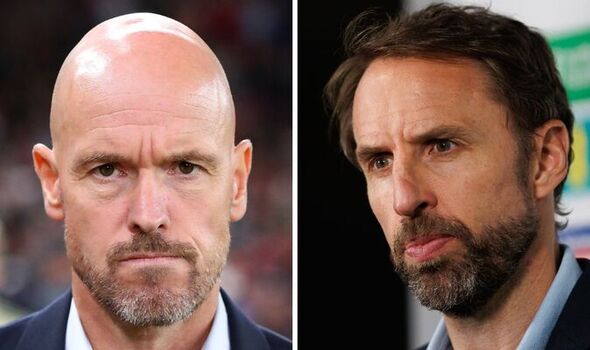 Manchester United boss Erik ten Hag has become central to England’s plans for the 2022 World Cup in Qatar and his calls at Old Trafford between now and November could ultimately shape Gareth Southgate’s starting XI against Iran and beyond. The Three Lions are in Italy on Friday night to face the Azzurri at San Siro in their penultimate warm-up game for the tournament.

It means Southgate will be taking the chance to assess his best options ahead of the Group B opener against Iran on November 21.

Two of his integral starters from Euro 2020 have been facing a difficult time at club level though, in the form of Harry Maguire and Luke Shaw.

Both have fallen out of favour under Ten Hag at Old Trafford, meaning their chances of enjoying some rhythm in the build-up to the World Cup are currently up in the air.

Maguire, despite being United’s captain, looks unlikely to regain his place at the heart of defence unless there is an injury to Raphael Varane or Lisandro Martinez. 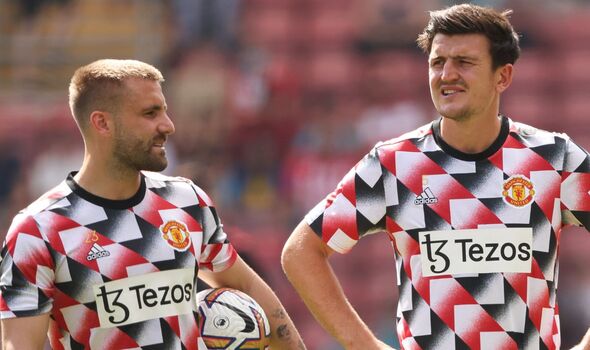 The centre-back pairing have been exceptional since joining forces for the 2-1 victory over Liverpool at the start of the season.

United have won every game that Varane has started, losing the three matches that he did not feature. Maguire, unfortunately, played in all three defeats.

Nonetheless, Southgate is prepared to show commitment to his defender by starting him on Friday evening against Italy.

Maguire scored his penalty against the Azzurri in the final of Euro 2020, where he was one of England’s standout performers after also impressing at the 2018 World Cup.

Southgate is prepared to show loyalty to Maguire and offer both him and Shaw the chance to get some extra minutes under their belt.

However, it must be noted that once the final Nations League matches against Italy and Germany are out of the way their fate will be in United’s hands.

England are still almost certain to pick the out-of-form duo for Qatar due to increased squad size (moved from 23 players to 26) for the tournament.

Yet Southgate cannot afford to carry passengers in his starting XI as he needs players that are ready to perform to their maximum.

In Qatar, the heat is likely to sap energy rapidly from the legs of the England players, meaning it will very much be a squad game.

That’s why Maguire and Shaw need to earn as many minutes as possible at club level to ensure they’re best prepared to represent the Three Lions in the Middle East.

Ten Hag has no obligations to play either player though and he certainly does not owe anything to England.

After two consecutive defeats in his opening Premier League matches, Ten Hag was already feeling the heat in the United hot-seat.

For now, results are his priority even if it means dampening several of his players’ World Cup dreams.