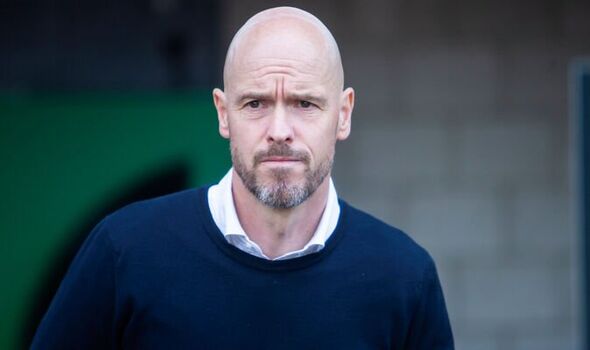 Incoming Manchester United boss Erik ten Hag has been told to target the best free agents this summer by the club’s hierarchy, according to reports. The contracts of several high-profile players expire this summer and the Red Devils will be attempting to replenish their squad with the best freebies.

Ten Hag has apparently been told that the club does not have a bottomless transfer budget this year, owing to years of over-spending and the financial repercussions of Covid restrictions. The Old Trafford outfit have spent over £1billion on new signings since Sir Alex Ferguson departed in 2013.

United have just an FA Cup, an EFL Cup and a Europa League to show for their vast spending. There is growing frustration among fans that rivals who have spent far less have consistently challenged on all fronts over the last decade.

In response to their scatter-gun recruitment policy, United have streamlined their structure and will target the world’s best free agents to kick-start the Ten Hag era. Scouting chiefs Jim Lawlor and Marcel Bout have both gone, while negotiator Matt Judge has also departed.

JUST IN: Ferdinand apologises to Mourinho over Man Utd comments and issues plea

According to the Sun, technical director Darren Fletcher and football director John Murtough will have more power over recruitment. United are said to be ready to hand Ten Hag a £100million budget, but free agents could be prioritised in a major shift in plan.

There will be several big-name unattached stars this summer, with clubs looking to streamline their budgets as they continue to deal with the financial consequences of Covid. United themselves are likely to allow Paul Pogba and Jesse Lingard leave when their contracts expire at the end of June.

Former Red Devils target Paulo Dybala sees his deal at Juventus run out at the end of the season and could be attracted towards Old Trafford. Dybala came close to joining United and Tottenham in the summer of 2019 but issues over image rights prevented a move to either Premier League club.

Another forward option is Barcelona’s Ousmane Dembele, who appears unlikely to sign renewed terms at the Camp Nou. The 24-year-old has been loosely linked with United in recent years.

This season, United have looked desperately light in midfield. They could resolve that by completing a coup for Marseille’s Boubacar Kamara, who will also be a free agent come July.

The 22-year-old has been linked with United, Chelsea and Newcastle over the last year. He can play in a defensive midfield role or at centre-back, and Ten Hag would benefit from his versatility.

Some more speculative freebies include Franck Kessie, who seems set to join Barcelona from AC Milan, and Kylian Mbappe, for whom current club Paris Saint-German remain in a tense contract tussle with Real Madrid.