Manchester United and Liverpool have both asked Sevilla to be kept informed on the future of Youssef En-Nesyri, according to reports. The Moroccan hot-shot has found the net 13 times this season in La Liga, netting a further four goals in the Champions League for the Spanish club.

His fine form has alerted a host of European clubs, including Borussia Dortmund and Inter Milan.

Back in January, the striker was the subject of a £27million offer from West Ham.

The approach was rebuffed by last season’s Europa League winners, who are under no pressure to sell.

Sevilla are keen to tie down the 23-year-old to a new contract, in a bid to protect his value.

JUST IN: The mammoth figure it would cost Tottenham to sack Jose Mourinho due to missing clause 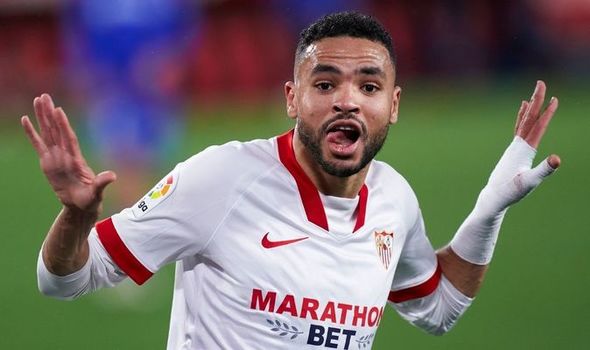 He has only been at the club just over a year, having arrived from Leganes for £17m in January 2020.

According to 90min.com, United and Liverpool have now asked Sevilla to keep them in the loop as they remain interested in signing the prolific forward.

Last month, En-Neysri’s agent Anass Ouzifi made it clear that his client was not currently considering leaving the Ramon Sanchez Pizjuan, where he is enjoying his football.

“A few days ago another Premier League club called me again, an important team. They asked me what Youssef’s situation was,” Ouzifi told ABC.

“I told them straight away that it didn’t matter, that Youssef didn’t want to leave Sevilla, that he wouldn’t.

“They insisted and told me if they could offer something. I explained the situation well.

“Youssef is very happy in Sevilla, very grateful to the club and his teammates, he feels the affection of the fans. He is happy.

“He is 23 years old, why would he want to leave? Not everything is money in life.” 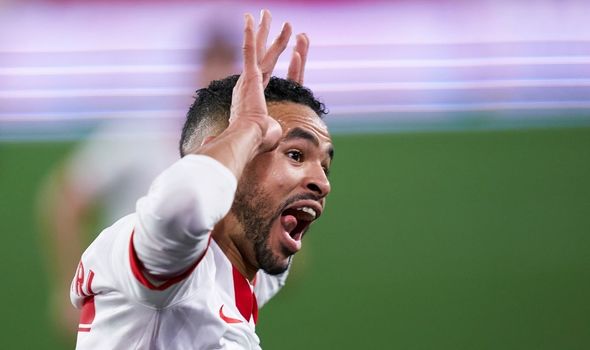 United have the chance to extend Edinson Cavani’s contract by a further year, should they wish to do so.

The club are expected to go after Erling Braut Haaland once again, after regretting their decision to let him join Dortmund in January 2020.

But Liverpool could also be in the market for a new centre-forward, with Roberto Firmino’s form now under scrutiny.

They too could move for Haaland but it appears En-Nesyri is one of the players on their radar.