Manchester United defender Diogo Dalot has appeared to take a swipe at Ole Gunnar Solskjaer, claiming that he has become a much better player during his loan spell at AC Milan. Dalot joined Milan on loan in October after making a rare appearance for United in a September Carabao Cup win over Brighton.

The right-back appeared 21 times as the Rossoneri finished second in Serie A. They were runners-up to rivals Inter Milan, who won their first Italian league title since 2010 by a comfortable 12 points.

Dalot also featured prominently during Milan’s Europa League campaign, including playing against his parent club in the last-16. United eventually reached the final, though lost a dramatic penalty shootout against Villarreal.

One of several players who United could move on this summer, the 22-year-old has appeared to take a swipe at the coaching qualities of Red Devils boss Ole Gunnar Solskjaer.

He has made just 20 Premier League appearances since his 2018 move from Porto, including just six in the 2019-20 campaign. 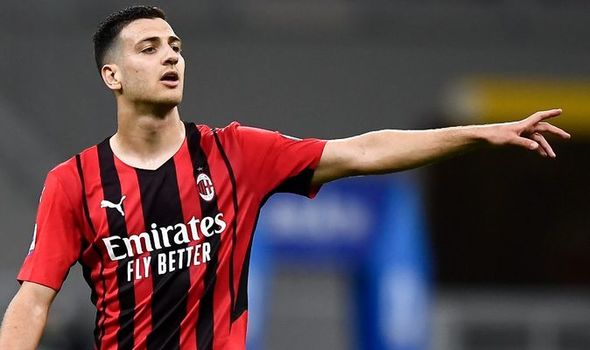 The £50million signing of Aaron Wan-Bissaka from Crystal Palace pushed him further down the pecking order.

Dalot believes that he has learnt a lot about most aspects of the game while away from Old Trafford.

“On the pitch I feel I have improved a lot tactically,” Dalot told Italian outlet Gazzetta dello Sport.

“I learned some defensive aspects here and it was fantastic to develop these qualities too.

“But not only that. [I developed] in attack, how to go into the high press, recovering the ball as soon as possible. That has all been very useful.

“[I have learned] that the team must be focused for all ninety minutes and aware of every single aspect of the match, of what is happening.

“I must say I had a fantastic year and met beautiful people. It was a real pleasure to play for Milan. 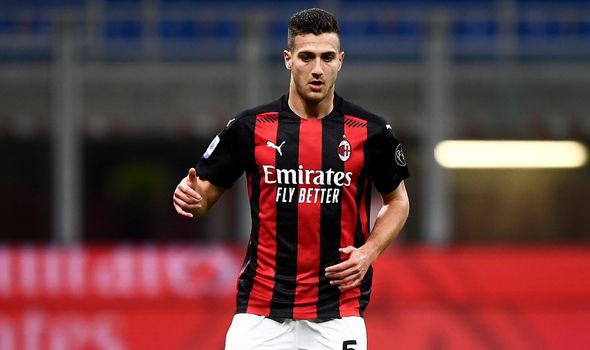 “But now I am thinking about the European [Under 21s] Championship and I really don’t know what will happen after that.”

Dalot is one player who United may look to offload this summer to raise funds for an expensive transfer window.

Solskjaer is believed to want at least three new players as he prepares a Premier League title bid next season.

According to ESPN, Milan are willing to make Dalot’s loan deal permanent this summer.

Sky Italy believe that United would be willing to sell the youngster for around £17m. That would be a £3m loss on the fee they paid Porto.

But it would go some way to funding the required moves for a centre-back partner to Harry Maguire, a defensive midfielder and a forward.