Manchester City goalkeeper Ederson produced a moment of sheer brilliance in training ahead of Saturday’s Champions League final against Chelsea. Ederson put his fellow goalkeeper David De Gea to shame by drilling a penalty into the top corner.

City are clearly preparing for any eventuality ahead of the Champions League final.

The newly-crowned Premier League champions will take on Chelsea in Porto on Saturday night, and will aim to better their arch rivals’ result from Wednesday night.

After a tense 1-1 draw in normal time and a goalless half-hour of extra time, the match went to penalties with every outfield player scoring. 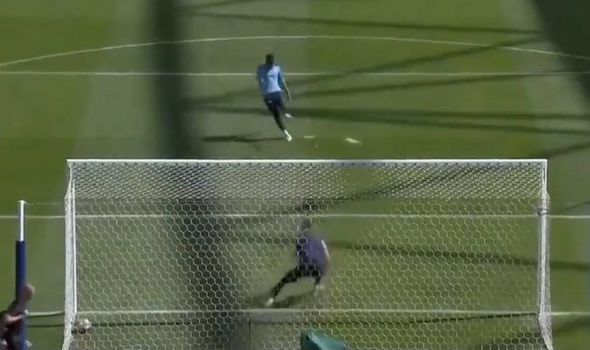 That led to the two goalkeepers being forced to switch roles and take penalties themselves, with Geronimo Rulli firing past De Gea with his effort.

Then, as De Gea stepped up, he saw his shot saved by his opposite number with relative ease, as Villareal players celebrated an unlikely win.

And it seems City are planning to avoid a repeat of United’s defeat, with Ederson practicing penalties in training.

In a video shared by EPL World, Ederson stepped up and smashed the ball into the top corner of the net.

Speaking earlier this week, Ederson declared he wanted to take a spot-kick against Chelsea if it came to it.

“I don’t need to train much, but the fifth one, I’m taking it.

“The decisive one. I think I’ll take the fifth one.” 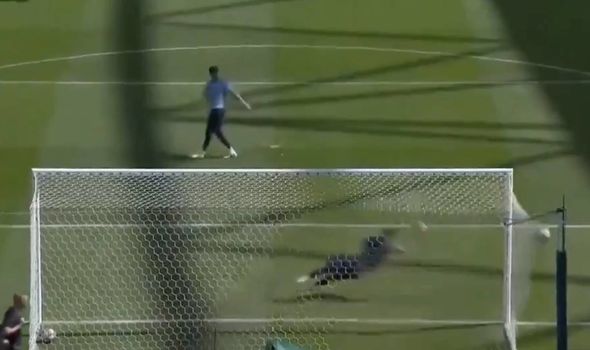 City have struggled from the spot this season, and at one point it was speculated that Ederson would be on the list of penalty takers.

City missed four of their 11 penalties this season, with Raheem Sterling, Ilkay Gundogan, Kevin de Bruyne and most notably Sergio Aguero all missing from the spot.

And Pep Guardiola insisted he would be happy to see his goalkeeper step up.

“He is an option because I am pretty sure he’s a good taker,” he said.