Malacia confident his United switch will NOT harm his Holland chances

Tyrell Malacia is confident his decision to join Manchester United will not jeopardise his place in the Holland national team.

That distinction may have fallen to his Holland team-mate Jurrien Timber, but it’s understood that Louis van Gaal – the Dutch coach and former United manager – persuaded the young Ajax defender to turn down a move to Old Trafford because a lack of game time may have harmed his international prospects. 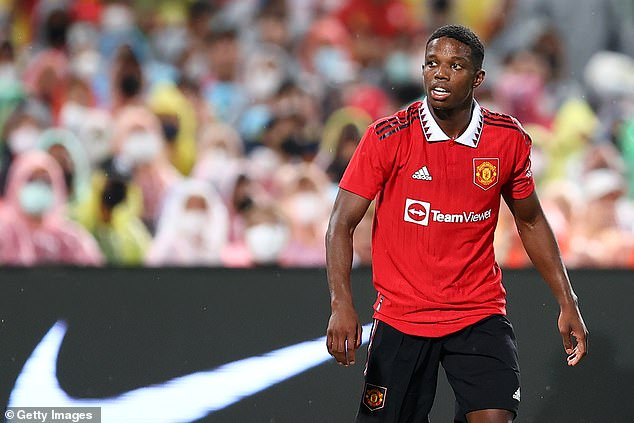 Malacia hasn’t spoken to Van Gaal over his decision and was asked if he is confident it will not have repercussions with Holland.

‘Yes, but in the end the coach will make the decision, so we will see,’ said the 22-year-old left-back after making his debut in United’s 4-0 win over Liverpool in Bangkok.

‘I didn’t speak to him (Van Gaal). I did speak with Robin van Persie about United and his time in the Premier League: some great memories, some good stories, so it’s always good, positive. 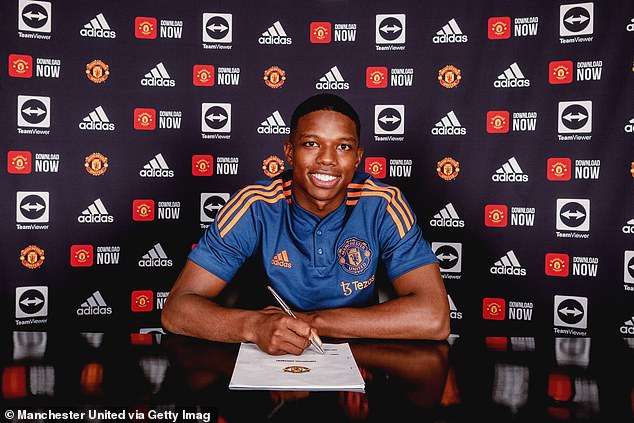 ‘Of course it’s a big difference. I wanted this all my life, I worked hard for it, so I have to work harder now.

‘I like to attack, I think that’s one of the reasons why he (Ten Hag) brought me here.

‘He wants to attack with the left-back and right-back. So I have to prove to everyone why I’m here.’

Malacia is ready to battle with Luke Shaw for a place in Ten Hag’s side with Alex Telles and Brandon Williams the other two left-backs currently in the United squad.

‘You always want to play, it’s everybody’s aim, so you have to work hard for it,’ he added. 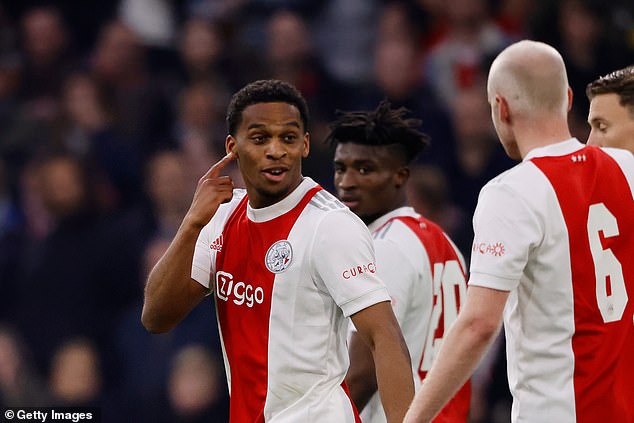 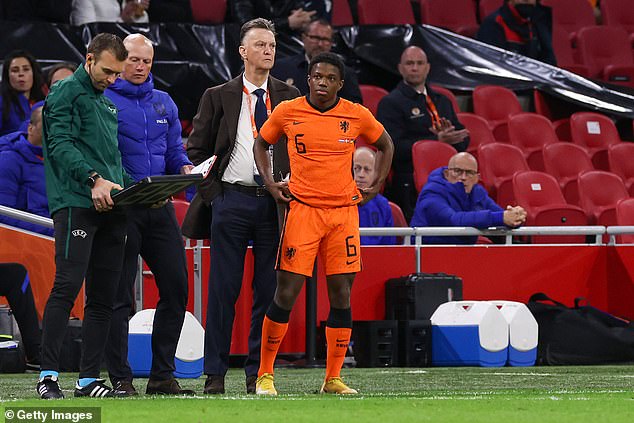 ‘There are some good left-backs here – Telles, Brandon, Luke, me – so you have to work hard and prove ourselves in training, and in the end the coach will make a decision.’

Malacia played in the second half of United’s victory over Liverpool at the Rajamangala National Stadium as Ten Hag’s side built on a three-goal lead in the first half to run out comfortable winners.

‘You always want to win games, especially against Liverpool. But in the end these games are to get fit, so it’s another plus. 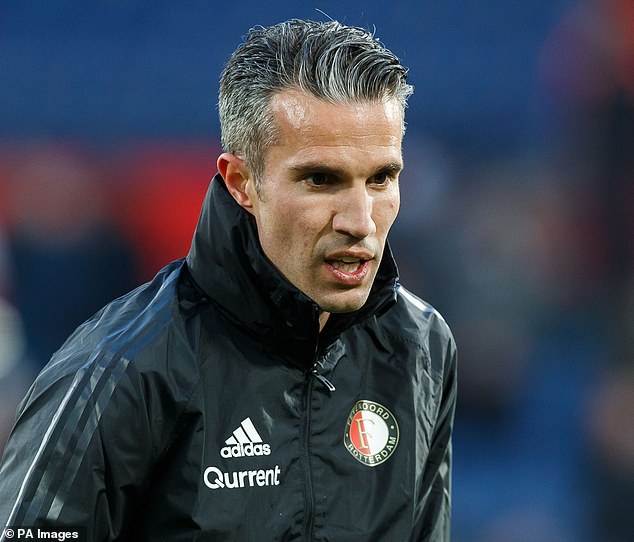 ‘For everybody, it’s a new season, a fresh start, a new coach, so we will do everything to improve ourselves and do better than last season.’

United flew out of Bangkok straight after the game to Melbourne where they play their next two matches at the MCG against Melbourne Victory and Crystal Palace.

Axel Tuanzebe has flown home from the tour due to a personal issue, and will be replaced by teenager Will Fish.